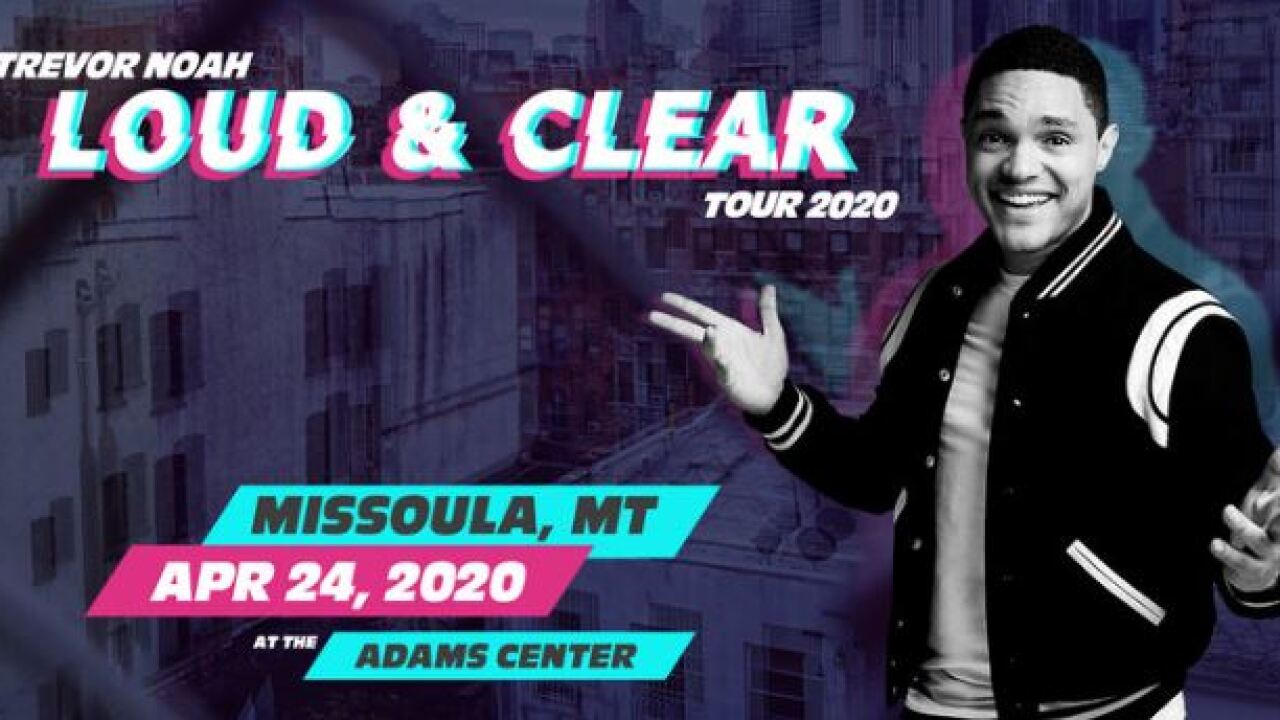 MISSOULA — Comedian Trevor Noah, host of Comedy Central’s “The Daily Show,” will be making a pair stops in Montana.

According to trevornoah.com, Noah will appear at the Adams Center in Missoula on April 24, 2020 and will then travel to Bozeman for a performance at MSU on April 25. Noah’s Missoula show begins on the University of Montana campus at 8 p.m.

Ticket pre-sale starts on Wednesday, Nov. 6 at 10am using special code “isthisthingon”. General tickets will go on sale beginning on Friday, Nov. 8 at 10 a.m. There’s no word yet on the cost of the tickets.

The Loud and Clear Tour 2020 kicks off Jan. 10 in Buffalo, New York, and finishes June 27 in Mashantucket, Connecticut, stopping across the U.S., Europe and India.

Noah, known for his insightful and authentic take on politics and current events, is from South Africa and began his career as a comedian and actor in 2002. After his standup career attained international success, Noah began to appear on American late-night talk shows and British panel shows. In 2014 he was hired to be the senior international correspondent for “The Daily Show” and a year later took over as host after longtime host Jon Stewart left.

Aside from his standup and TV career, Noah published an autographical comedy book, “Born a Crime,” in 2016; wrote, produced and starred in eight comedy specials; was named one of “The 35 Most Powerful People in New York Media” by the Hollywood Reporter in 2017 and 2018; and was named by Time magazine as one of the “100 Most Influential People in the World” in 2018.