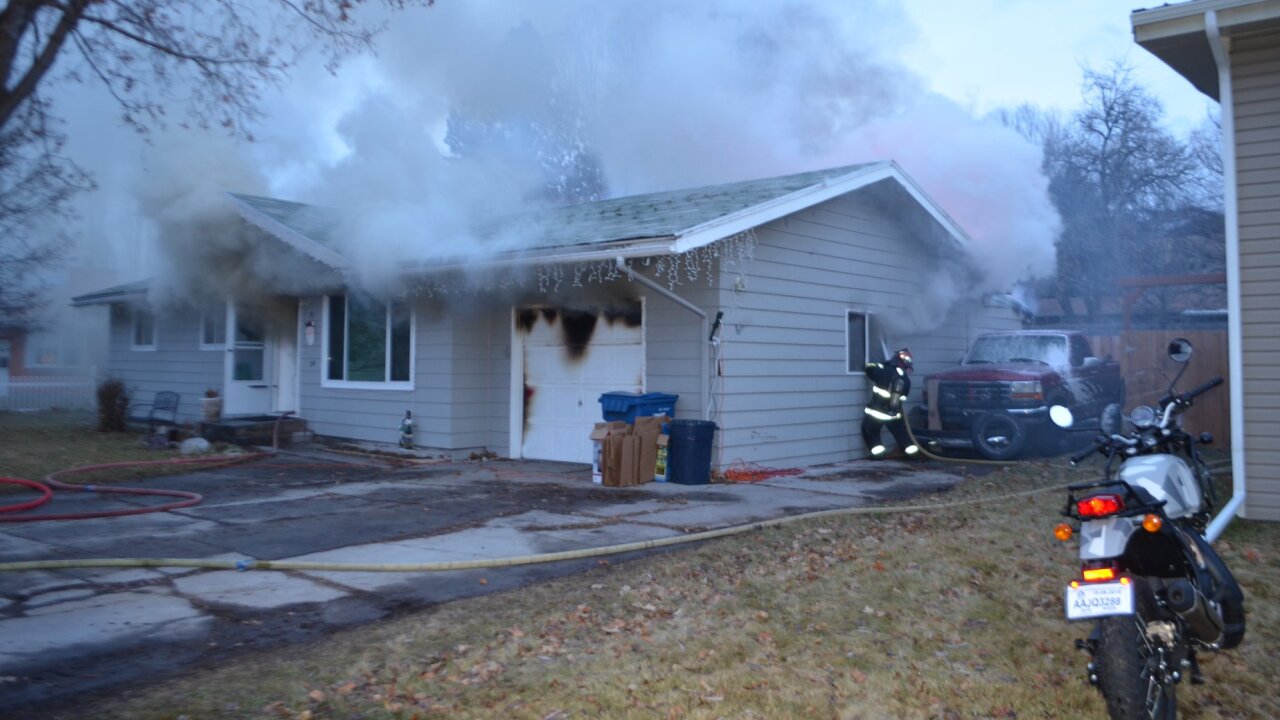 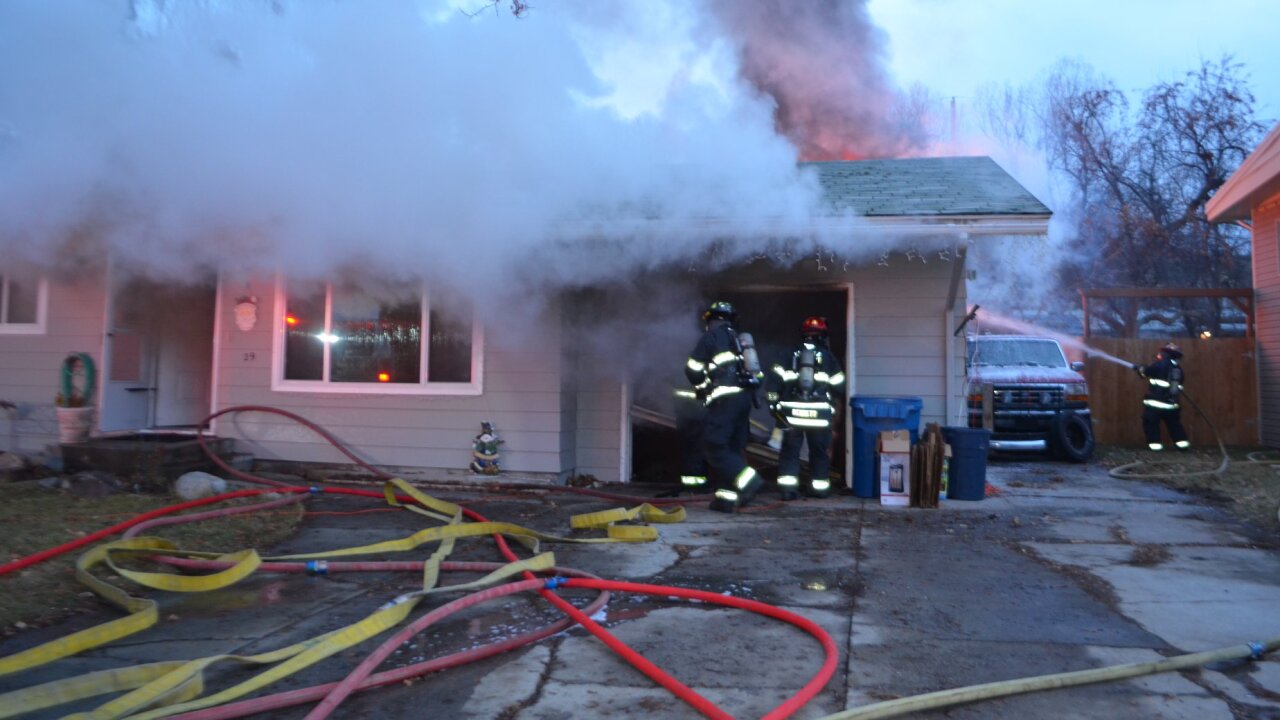 MISSOULA — Firefighters knocked down a structure fire and saved two pets in Missoula on Wednesday afternoon.

Crews were called to reports of a structure fire at 29 Virginia Drive shortly after 4:45 p.m.

First responders and arrived to find that most of the fire was coming from the attached garage.

MFD crews made an aggressive fire attack and knocked the fire down quickly, according to Missoula Assistant Fire Chief Brad Davis.

Firefighters were told that all of the occupants were out of the building and two dogs were still in the basement.

The two dogs were rescued from the basement and returned to their owners.

One other dog and one cat exited the home with the occupant prior to the arrival of the fire department.

Davis says that one person and four pets were in the home at the time of the fire.

There was heavy smoke and fire damage to the attached garage as well as smoke and heat damage into the house.

One person was evaluated for smoke inhalation at the scene.

The cause of the fire -- which began in garage -- remains under investigation, but electrical concerns have been reported.

Damage to the structure is estimated at approximately $100,000.