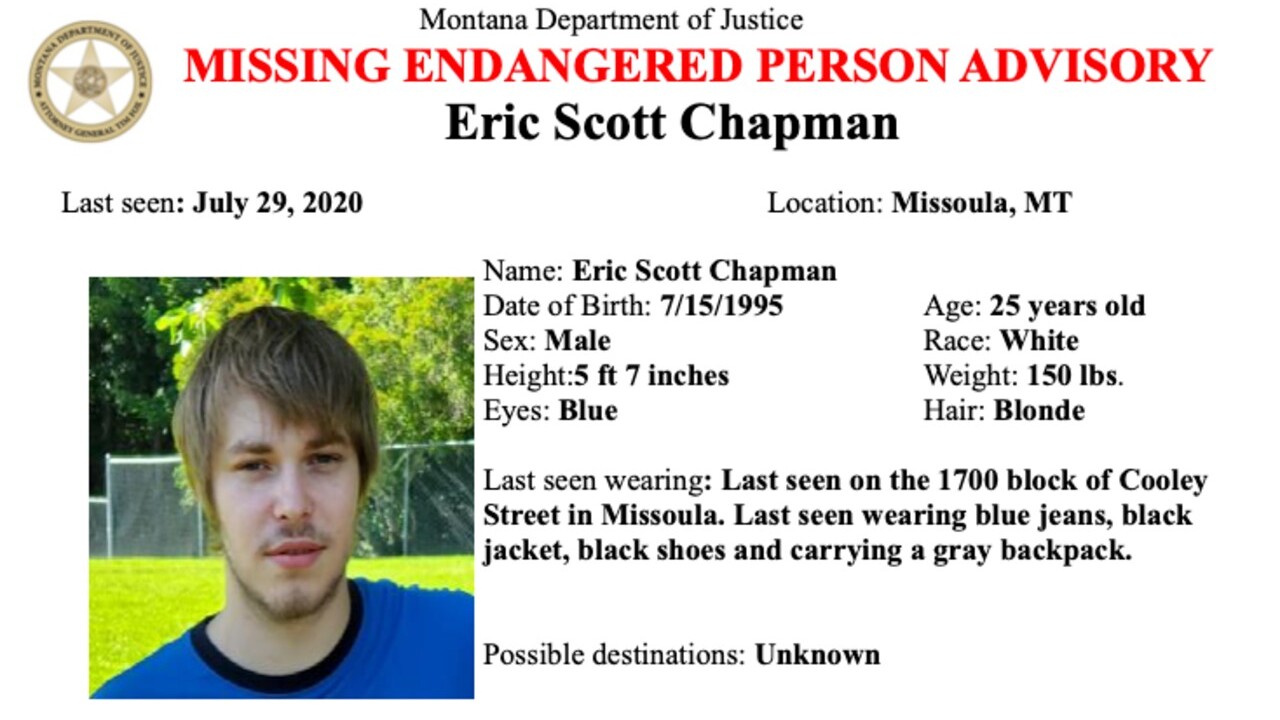 MISSOULA - The Missing Endangered Person Advisory on behalf of Missoula Police Department for Eric Scott Chapman has been canceled.

Eric has been found and is safe.

No further information is being released.

A Missing Endangered Person Advisory for a man who was last seen in Missoula.

The Missoula Police Department is attempting to locate 25-year-old Eric Scott Chapman who was last seen on Wednesday.

He was last seen in the 1700 block of Cooley Street wearing blue jeans, a black jacket, black shoes and carrying a gray backpack.

Eric made suicidal comments by text message, recently made a suicide attempt, has other mental health issues and there is a concern for his safety.

Anyone with information about Eric's whereabouts is asked to contact the Missoula Police Department at (406) 552-6300 or call 911.