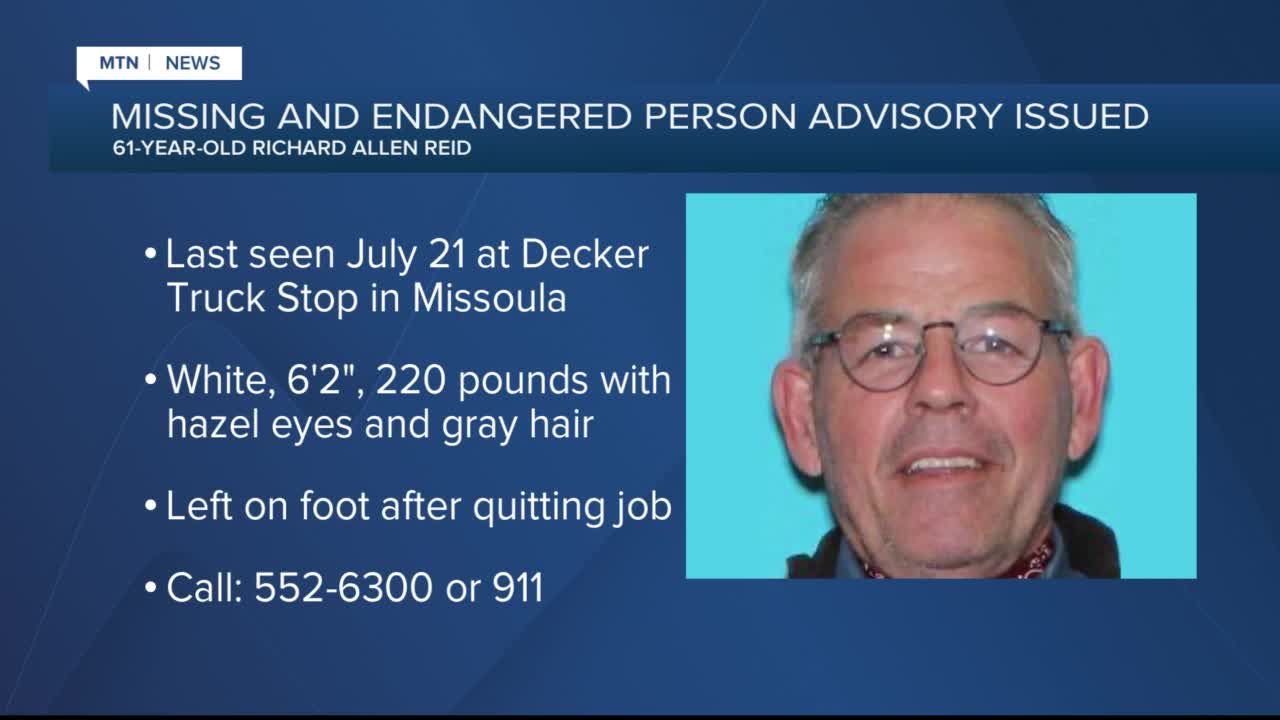 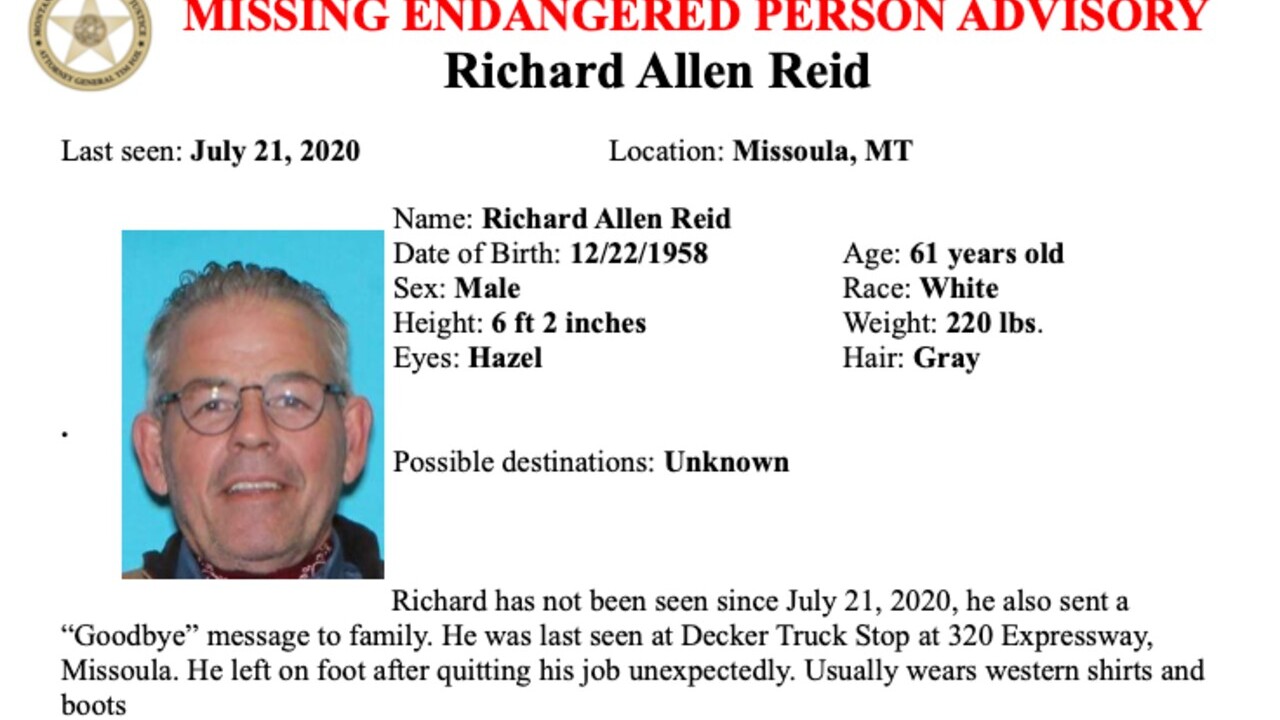 MISSOULA — A Missing and Endangered Person Advisory has been issued for a man who was last seen in Missoula.

The Missoula Police Department is looking for information on the whereabouts of 61-year-old Richard Reid.

Richard was last seen on July 21 at Decker Truck Stop on Expressway after quitting his job unexpectedly.

He is described as a white male who is 6'2" tall and weighs 220 pounds. Richard has gray hair, hazel eyes, and usually wears a western shirt and boots.

Richard sent a “goodbye” message to his family, according to the alert. It is believed Richard is suicidal and may cause harm to himself.

Anyone with information about Richard is asked to contact the Missoula Police Department at (406) 552-6300 or call 911.