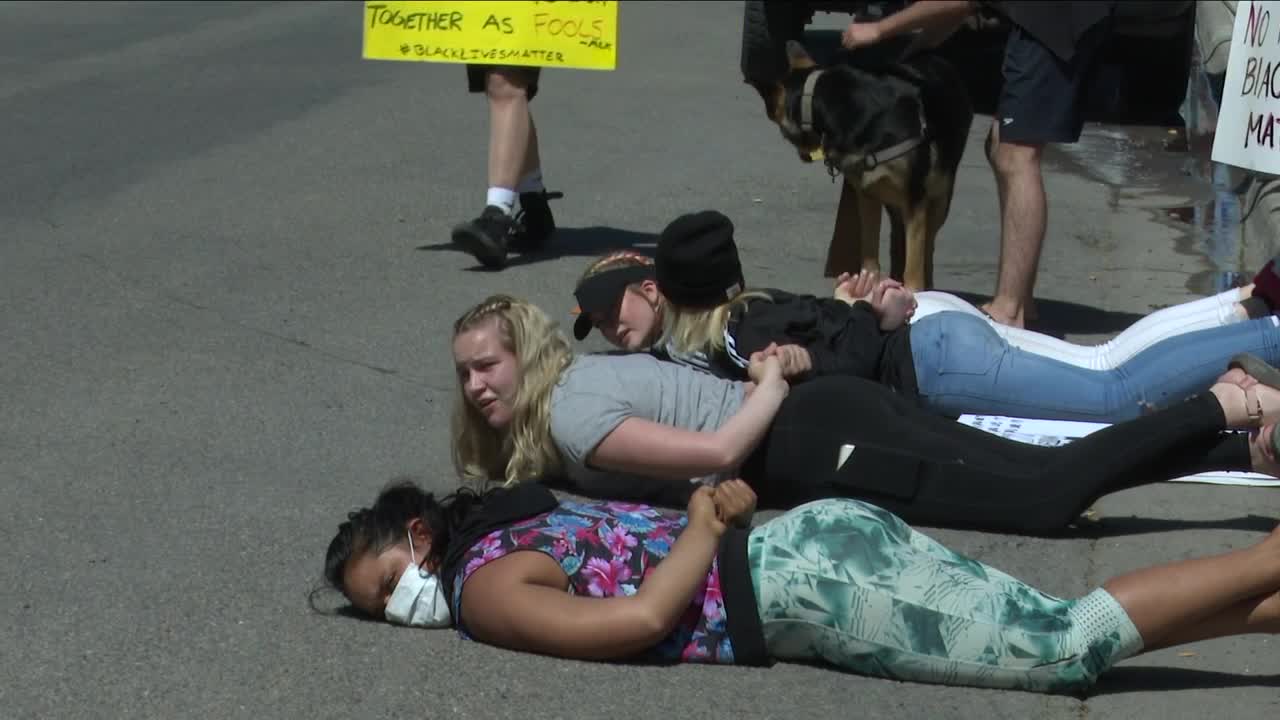 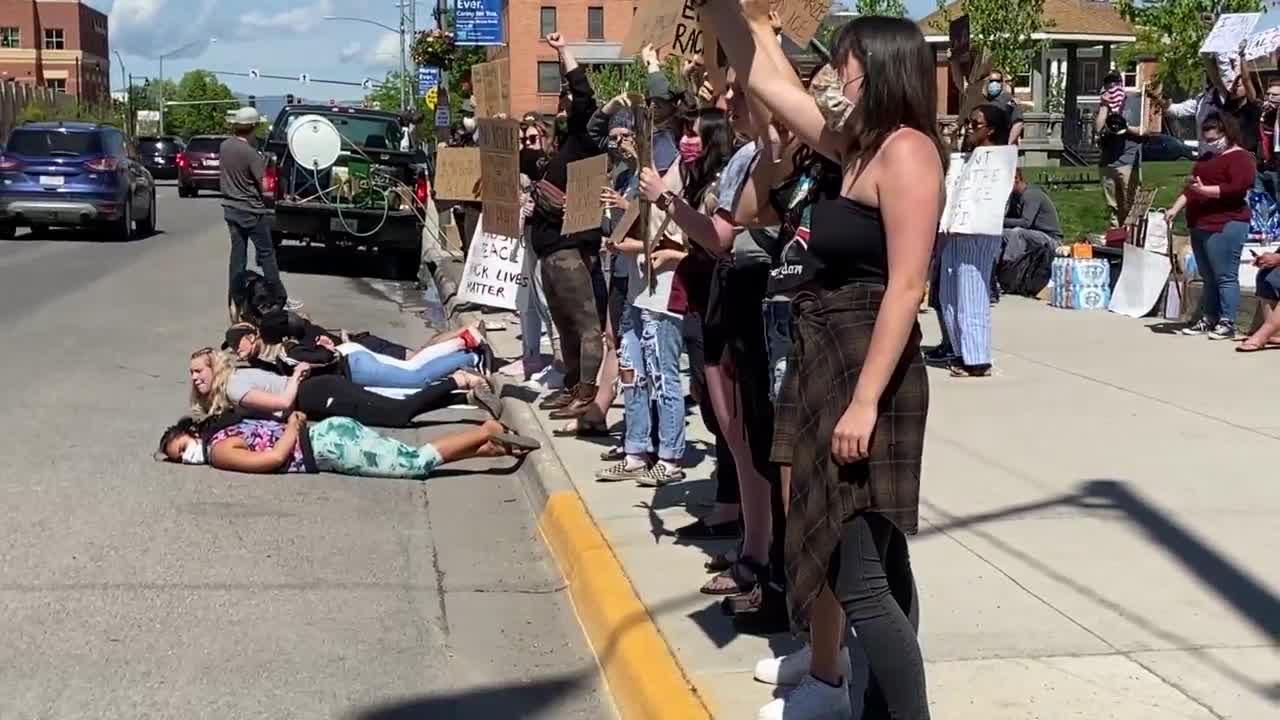 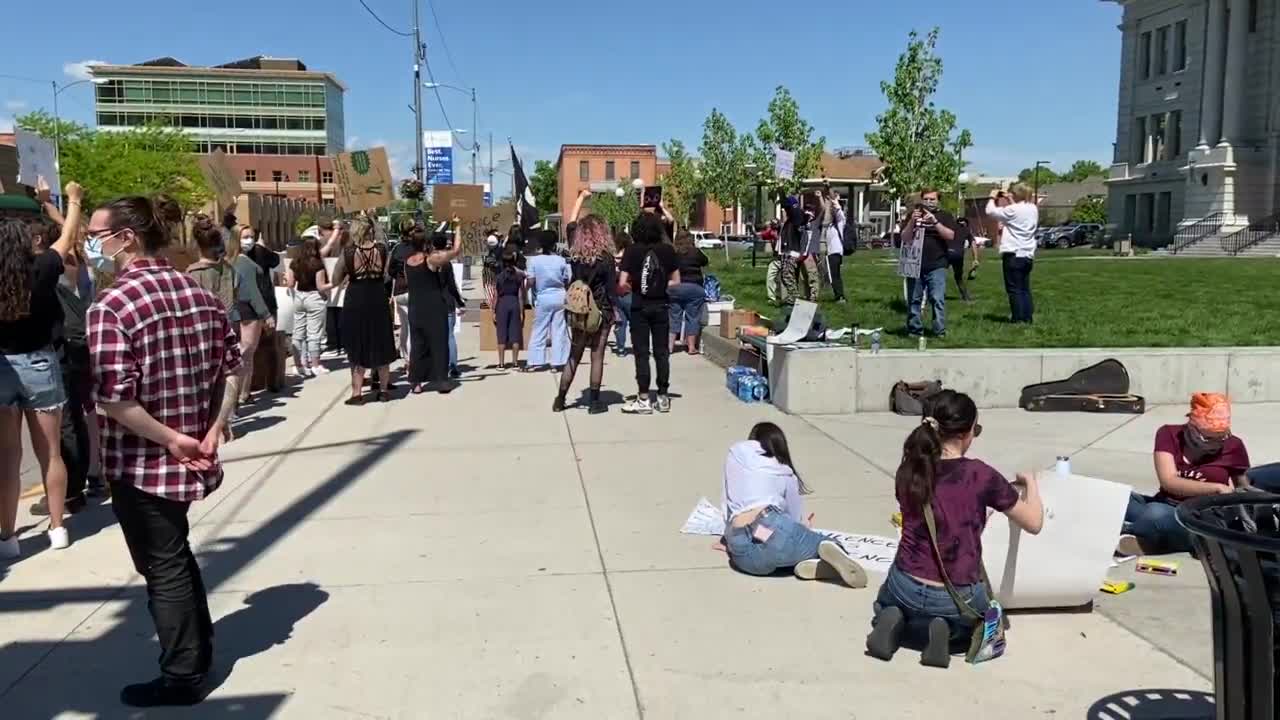 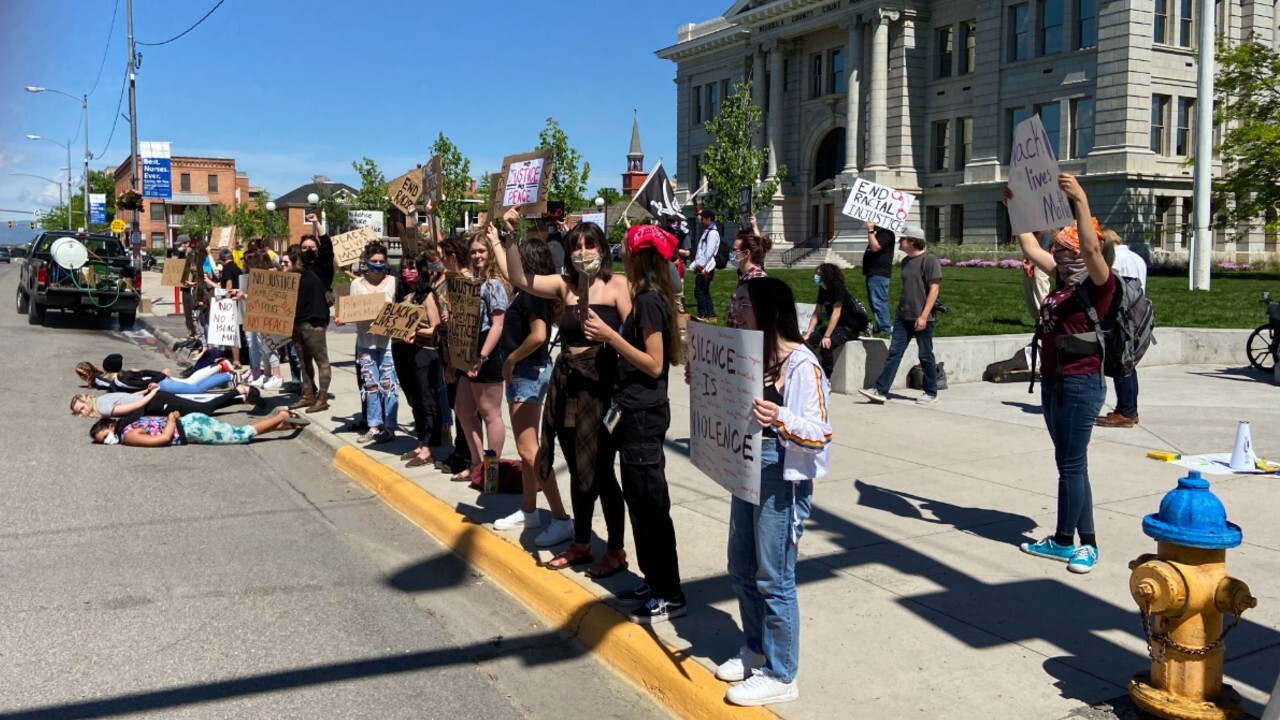 MISSOULA — A protest over the death of George Floyd was held for the fifth straight day Tuesday in front of the Missoula County Courthouse.

Protesters told MTN News on Monday that they want change and do not want to live in fear of the police and also stressed the importance of protesting peacefully to get their message across.

People once again gathered downtown on Tuesday holding signs and calling for change. Some people laid in the street along the curb amid chants of “I can’t breathe."

One man, Jay Mattson, told MTN News that he's been out here almost everyday, because he feels this is the way to make a change.

"Just being a black man, there's parts of me that... I have to. For my own personal safety, and the safety of my friends, and like I said future generations. I feel like it's my responsibility to be here."

Mattson says he wants to be able to tell his future children -- he tried to make a difference.

The protests and rallies started on Friday in Missoula following the lethal arrest of George Floyd by police in Minneapolis.

Watch videos from Tuesday's protests below.