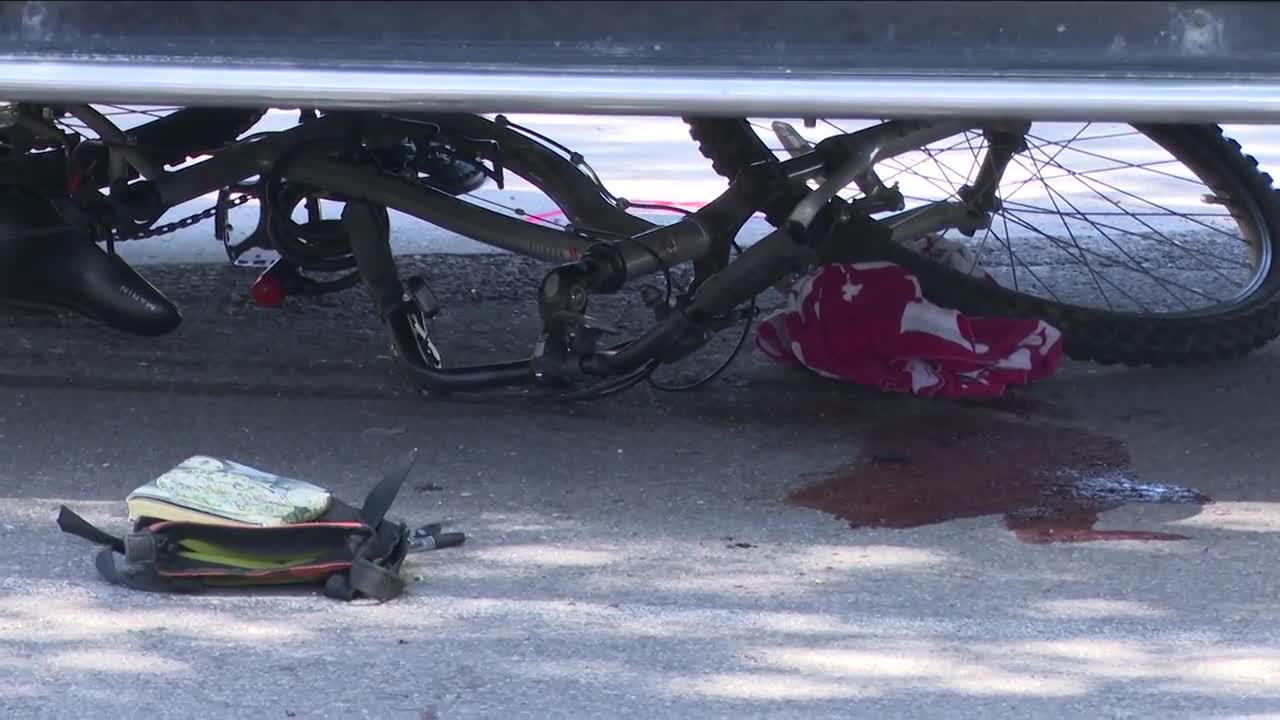 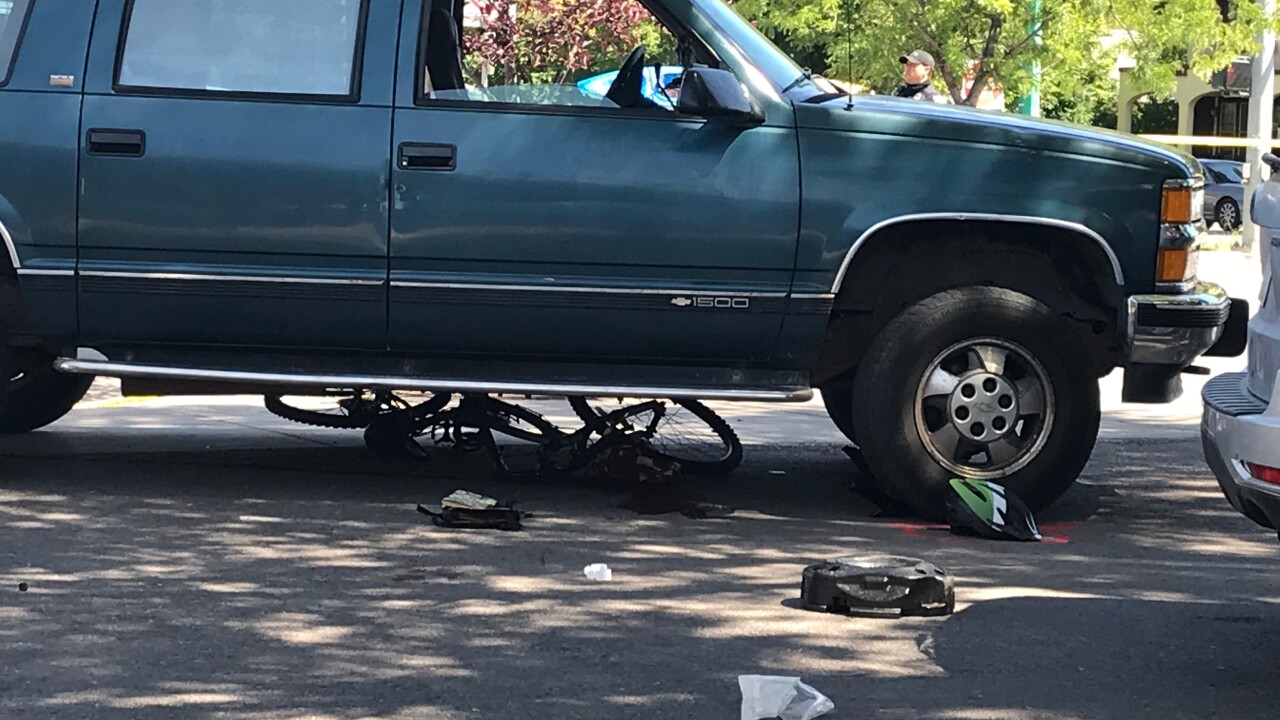 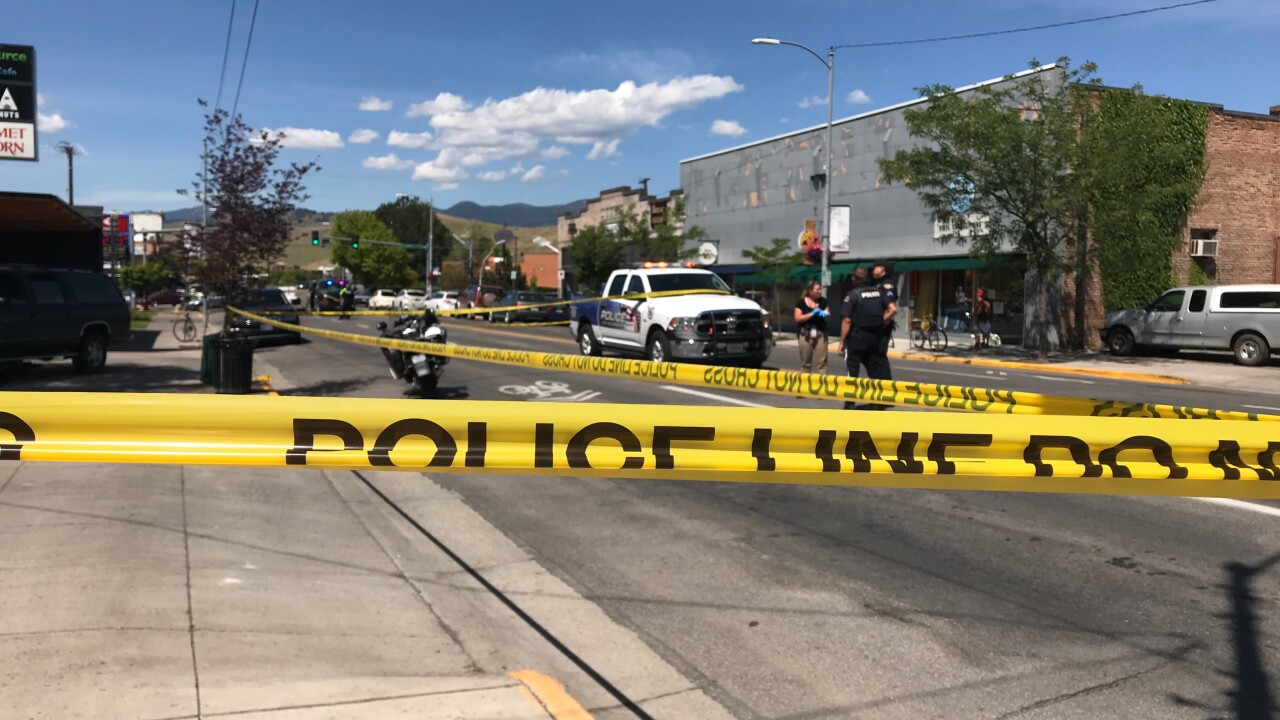 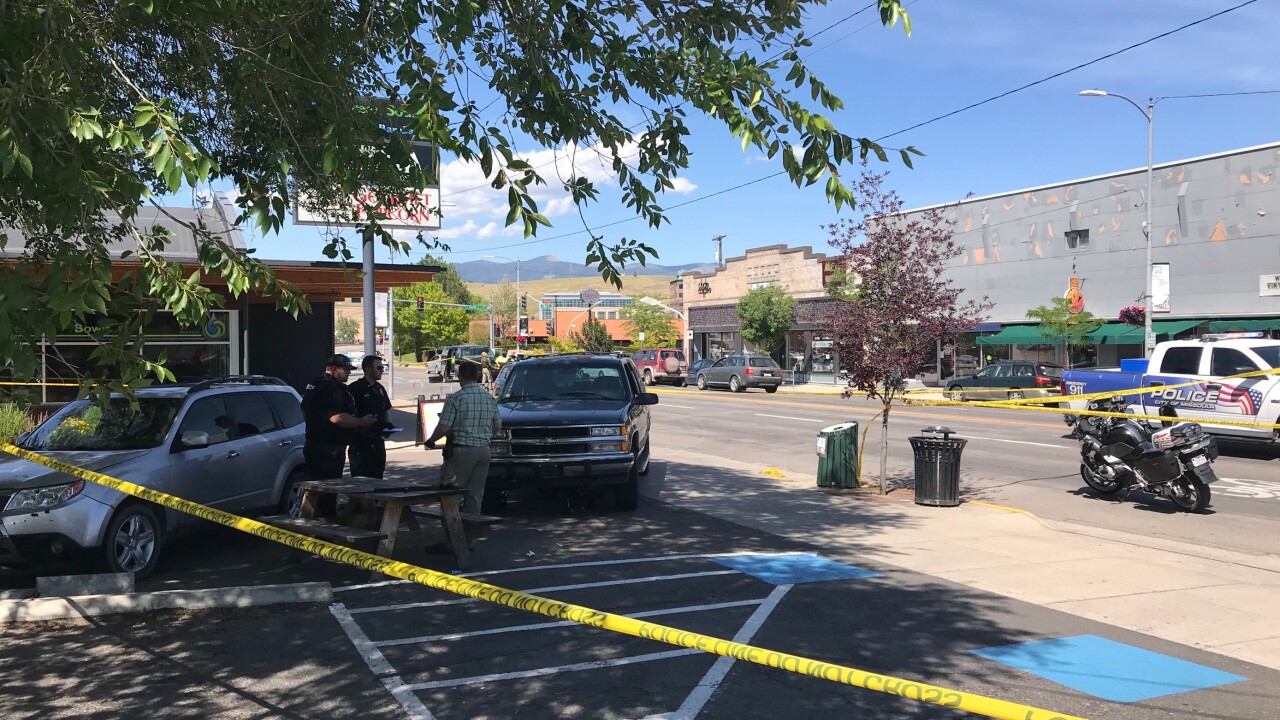 MISSOULA — UPDATE (6:34 PM, 7/15/20): Missoula Police Department sent an alert that traffic between 600 block of S Higgins between 4th and 5th Street has resumed.

UPDATE (5:40 PM, 7/15/20): A cyclist was transported to the hospital after she was struck and dragged by an SUV near the Hip Strip on Wednesday afternoon.

Missoula police Lt. Eddie McLean says an SUV driven by a 49-year-old man was pulling out of a parking lot onto South Higgins north of Big Dipper when he struck a bicyclist. The 20-year-old female cyclist was dragged under the vehicle for a few blocks.

A police officer on scene told MTN News at least 15 people were attempting to lift the car to free the biker and multiple people used their own personal car jacks to lift it up.

The cyclist was transported to St. Patrick Hospital with unknown injuries.

McLean said the driver is cooperating with police. No citations or arrests were made as police continue to investigate.

The crash had closed the 600 block of South Higgins Avenue between 4th and 5th Street. The Montana Highway Patrol is assisting the Missoula Police Department at the scene of the crash.

ORIGINAL (3:22 PM, 7/15/20): The 600 block of South Higgins Avenue between 4th and 5th southbound lanes is being diverted to 3rd Street due to a traffic accident. The Missoula Police Department says to expect traffic delays.