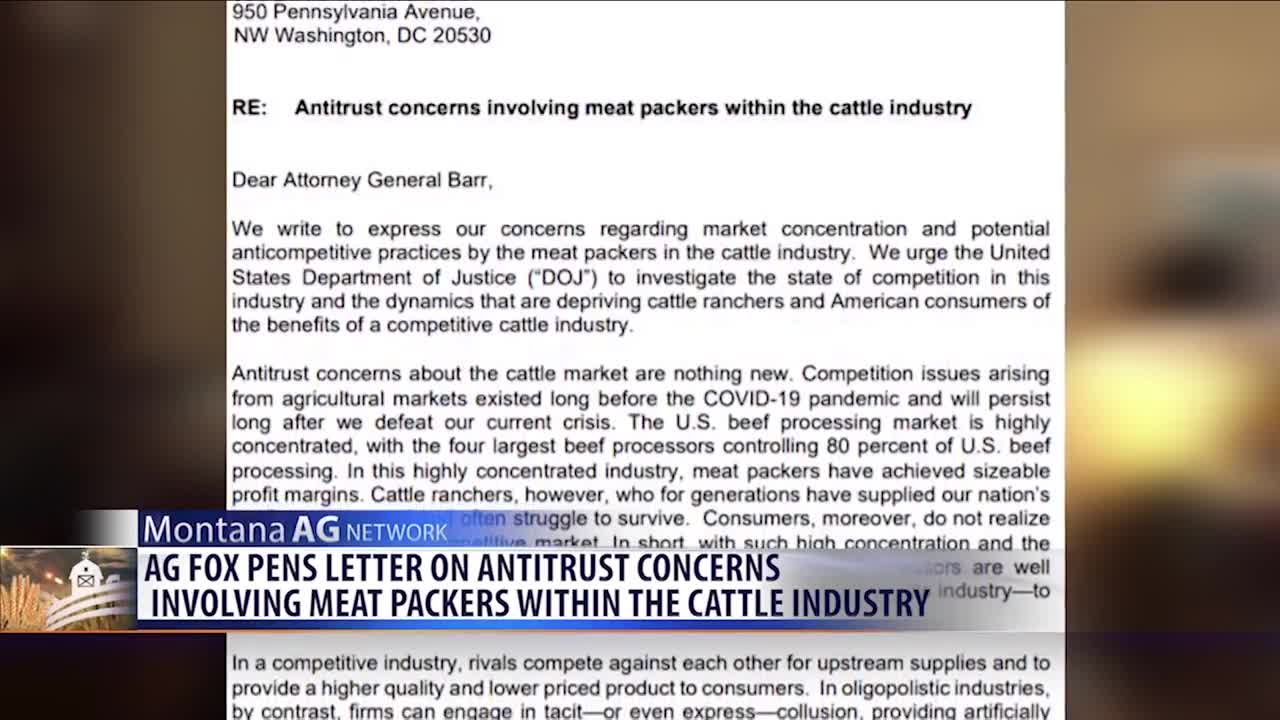 BILLINGS — As profits for U.S. meat processors reach record levels, the U.S. beef cattle industry is questioning whether or not anti-trust laws were broken -- especially as cattlemen receive less money for their livestock even as consumer demand remains strong. And now President Trump is weighing in.

As the spread between the price of live cattle and boxed beef widens, President Trump is answering the call from the U.S. beef cattle industry to have the U.S. Justice Department look into allegations that U.S. meat processors broke anti-trust laws as prices paid to producers have declined even as consumer demand remains strong and meat processors enjoy record profits.

"I've asked the Justice Department to look into it. I've asked them to take a very serious look into it because it shouldn't be happening that way. And we want to protect our farmers. But they're looking into that very strongly," said President Trump.

The president's comments come on the heels of a recent letter to U.S. Attorney General William Barr by several state attorney generals including Montana's Tim Fox also requesting an investigation.

"We need to not only investigate this, but we, I believe, need to trust bust these four large meat packers," said Tim Fox. "And we need to get to a more regional market system where we have processors that are either in Montana or close to Montana. We need to look at having co-ops and other ways in which we can market the best beef in the world here from Montana and label at Montana Beef and make sure that our consumers and our producers are protected."

Leading up to his request for an investigation, President Trump issued an executive order labeling meatpacking plants “critical infrastructure” that must stay open to help alleviate meat shortages at the retail level and keep the supply chain moving from the “gate to plate.”