Firefighters try to save stranded moose near Lincoln 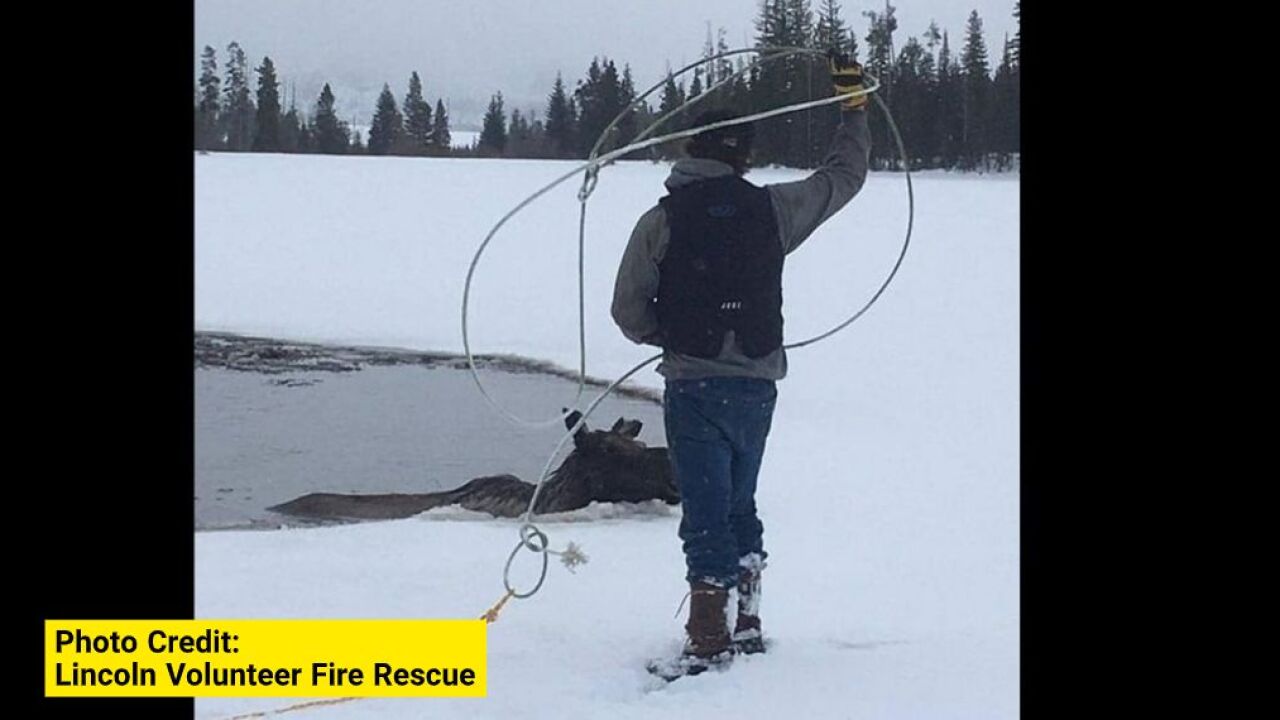 Despite the efforts of firefighters, a moose that fell through the ice near Lincoln on Thursday passed away.

Lincoln Volunteer Fire Rescue said in a Facebook post that they responded to a report of a moose that fell through the ice.

Crews were able to get the moose out of the water, but the animal did not survive.

A U.S. Forest Service team also responded to the scene to help the moose.

Lincoln Volunteer Fire Rescue says firefighters performed CPR on the moose, but the animal did not survive.

They wrote: "Wish it could have turned out better, but everyone is safe and we at least gave her a chance."