HELENA – It’s only the third week of the 2019 Montana Legislature, but majority Republicans – and Democrats – have advanced two major funding bills, saying they want to move quickly on fundamental programs where they agree.

The Montana House voted 97-3 on Wednesday to endorse a $78 million, two-year inflationary increase in state funding for public schools.

And on Tuesday, on another bipartisan vote, the House Appropriations Committee approved a $21 million, two-year pay raise for state and university-system employees – the same day the panel held its first hearing on the bill.

“Never happened before,” said Eric Feaver, president of the Montana Federation of Public Employees, the union that represents thousands of state employees and schoolteachers. “Remarkable. And very bipartisan.”

Rep. Julie Dooling (R-Helena) told MTN News Wednesday that Republican leadership asked her to carry the pay-plan bill, which is usually sponsored by Democrats and sometimes held by Republicans as a political football until late in the session. 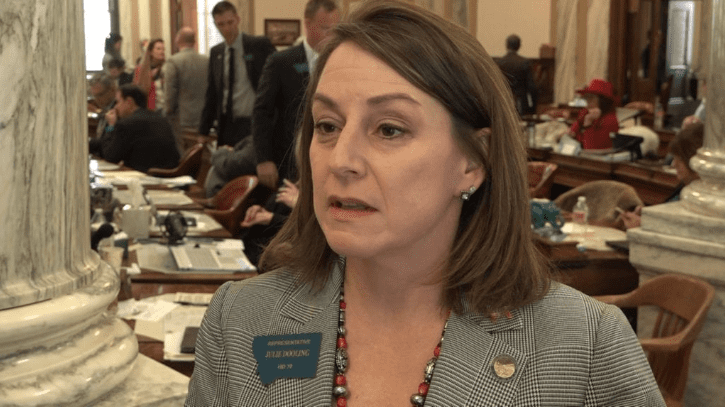 “These are important issues that we need to deal with right now,” she said of her bill and the school-funding measure. “And the longer you wait, the more animosity can build between the two (party) caucuses. Let’s get it dealt with and out into the open right now.”

Republicans hold majorities in both the House and Senate and essentially control the budgeting process at this point in the four-month-long session.

The school-funding bill was approved by the House Education Committee on a unanimous vote last week. After Wednesday’s vote on the floor on House Bill 159, it goes back to the House Appropriations Committee for another look.

However, sponsor Rep. Bruce Grubbs (R-Bozeman) indicated Wednesday that Republicans are committed to moving it quickly.

“We wanted to get it to the floor as soon as possible,” he said. “This is a major part of school funding and school districts are waiting for these numbers so they can start working on their budgets for next year.”

The bill increases state funding for public schools by 0.9% this coming school year and 1.8% next year.

House Minority Leader Casey Schreiner (D-Great Falls) spoke in favor of the bill Wednesday – but noted it doesn’t include some key elements of Democratic Gov. Steve Bullock’s education proposals, such as money for pre-school and an inflationary increase for special education.

“I would urge this body in the future to make sure all those other parts are treated with the same brevity, and that we get those across the floor as fast as possible as well,” he said.

Feaver said he, too, hopes other pieces of the education-funding pie will get due consideration.

But he said the early movement on the pay-raise bill and basic school funding is a welcome change from prior sessions, when the employee pay plan bill sometimes never passed at all.

“I am extremely happy that the Legislature appears ready to acknowledge from the beginning that it has some fundamental funding obligations that it must meet,” Feaver told MTN News. “Let our basic governmental functions function, going forward – knowing they will be funded.