BUTTE – Some residents of the small community of Ramsay claim a truck stop with a liquor license and casino located next door will put their neighborhood in danger.

“My biggest concern, they’re drinking, they’re not going to get on the interstate. They’re going to take the old highway. That highway is bad when you’re sober, I can’t imagine driving it drunk,” said Ramsay resident Jennifer Noonan..

“There are bus stops for kids, school bus stops on that highway, it makes me sick to think what could happen to those kids,” she added.

The Montana Department of Revenue received numerous complaints about the request for a liquor license from Love’s Travel Stops, which plans to open a location next to Ramsay about seven miles west of Butte.

They heard testimony from both sides during a hearing in Butte.  Some residents fear this will bring unwanted traffic and crime to their quiet community. 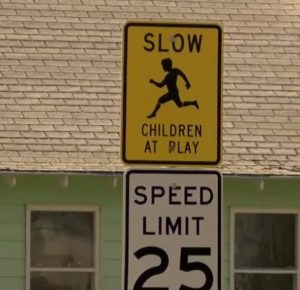 “Those of us who have chosen to live in Ramsay have chosen it because it’s like Mayberry because it’s a throwback to an earlier time and I for you would like to shield my children from drugs, alcohol, gambling,” said Ramsay resident Holly Scherbel.

While police rarely ever get called out to Ramsay, law enforcement will likely see an increase in calls once the new truck stop is moved to the area.

“So we would obviously see an increase in call volume, specifically, probably, to the Love’s with regard to shoplifters or disturbances,” said Butte Sheriff Ed Lester.

A representative with the Love’s organization said he would be willing to work with the local sheriff’s department to increase security at this location.

“We work with local law enforcement and we encourage them to come on our lot, we give them free drinks, we give them a 50% discount on food, because we want them there, not only for the safety of the employee but the safety of our customers,” said Steve Walters of Love’s Travel Stops.

The Montana Department of Revenue panel will consider all of the testimony and make a decision at a later date.

-John Emeigh reporting for MTN News
Copyright 2022 Scripps Media, Inc. All rights reserved. This material may not be published, broadcast, rewritten, or redistributed.