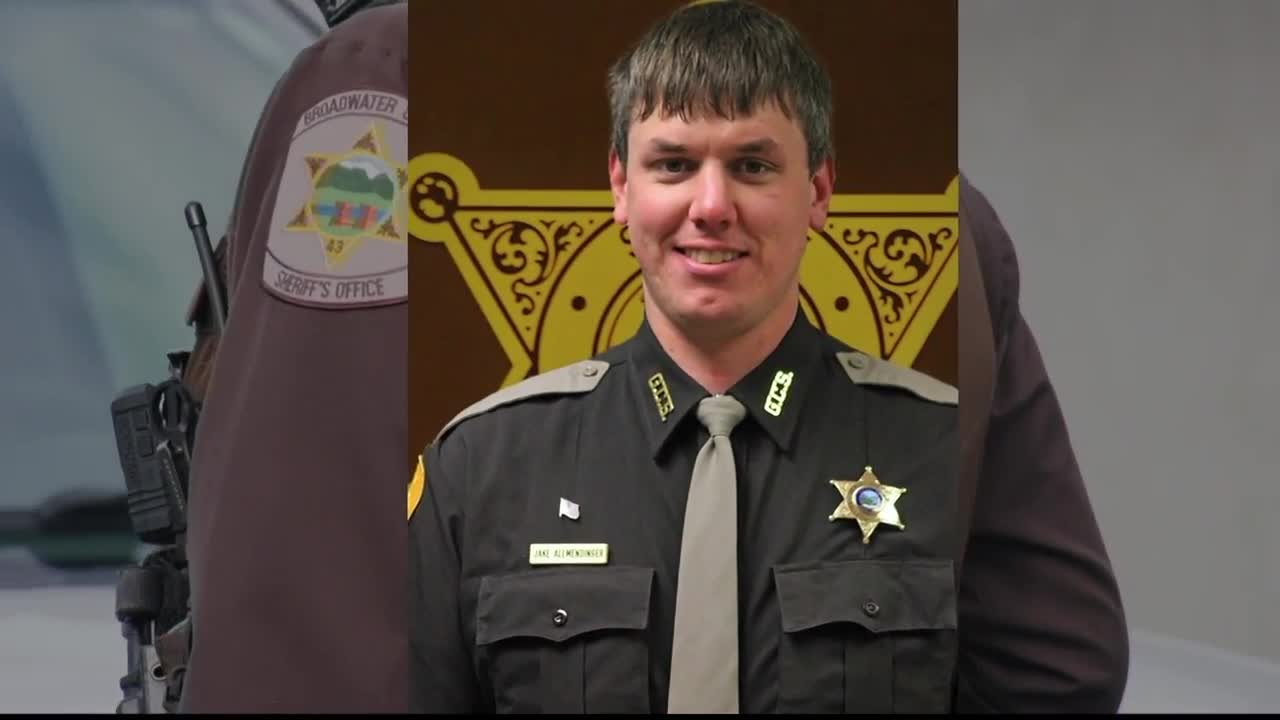 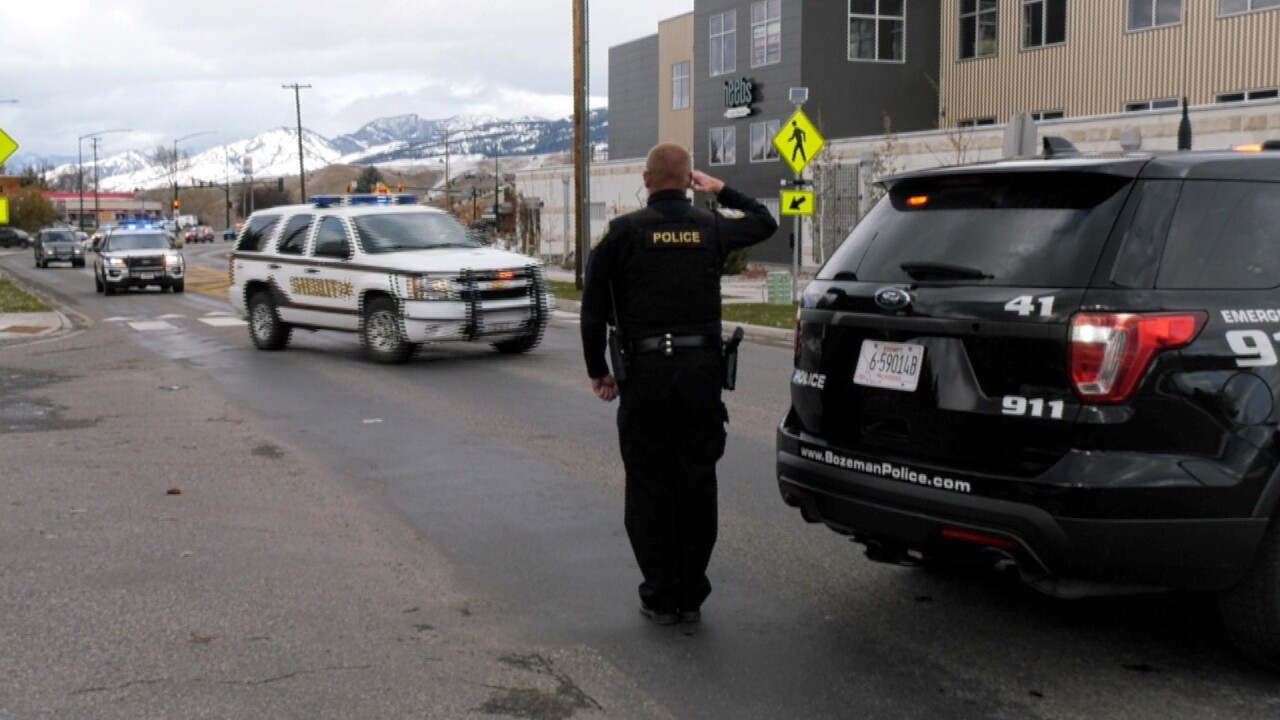 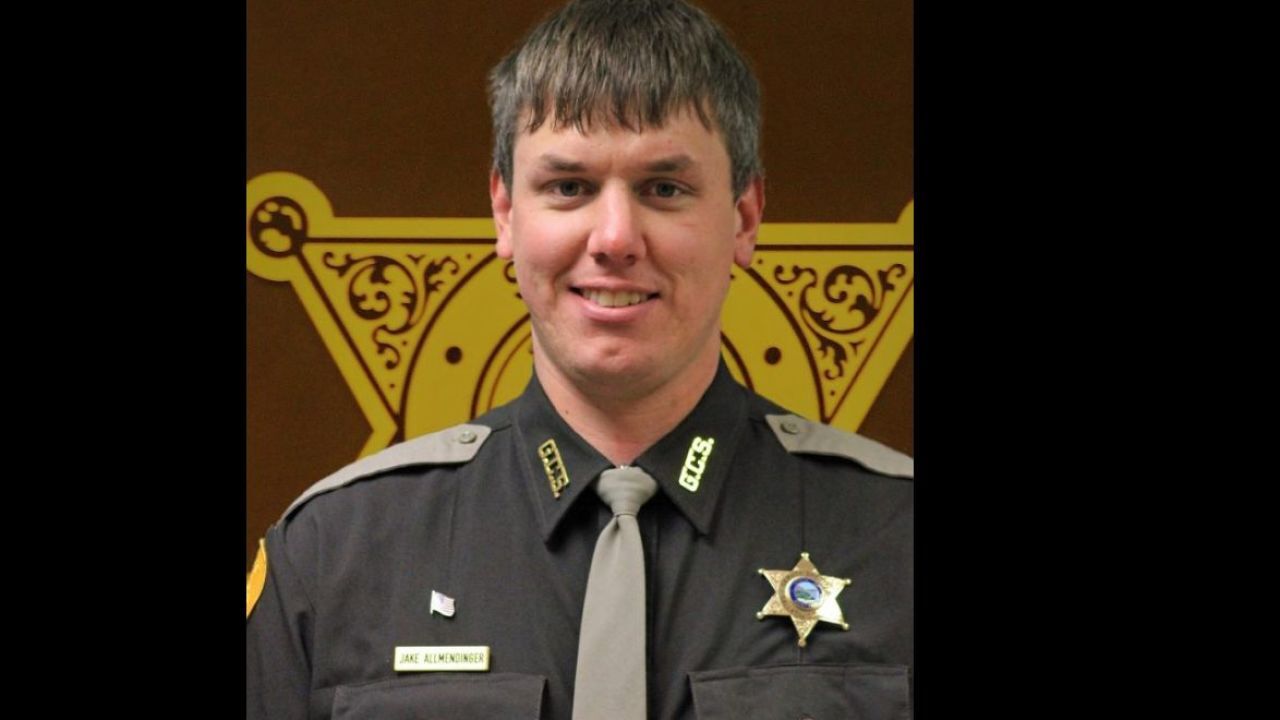 Law enforcement officers accompanied a fallen officer as he was escorted to Billings and then brought back home.

Gallatin County Sheriff's Deputy Lake Allmendinger was killed on the job Saturday night while he was getting out of his patrol car on an icy mountain road and became trapped under the vehicle.

A procession of police cruisers -- from MHP troopers to deputies and sheriffs from other Montana counties -- filed into the parking lot of Dahl Funeral & Cremation Service on Monday.

The moments were silent but spoke volumes as law enforcement agencies from across the state brought Deputy Jake Allmendinger home.

The law enforcement escort first took Allmendinger to the state medical examiner in Billings early Monday morning. The line started with more than a dozen cars, a line that only grew by the time they brought him back home.

Within hours after what happened Saturday night, Facebook tributes by the hundreds were posted. Many say it is a pain that reaches beyond the Gallatin Valley, remembering the 31-year-old father of three. People from as far as North Carolina, North Dakota -- and even Maui, Hawaii paid tribute.

Others praised his two years as a deputy with dozens sharing prayers and condolences. But those who knew him most point back to his nine years as a dispatcher for Gallatin County 911, remembering the man behind the phone.

“Helping those people out, you know, doing anything you can to get them, talking to them on the phone," Allmendinger once said in an interview with MTN's Chet Layman.

Members of Gallatin County Search and Rescue, which Allmendinger committed eight years of his life volunteering for, were also part of the escort.

Finally, under an American flag, Deputy Allmendinger was brought to the last stop. All the while, his colleagues and family say the same thing: he died doing what he loved, helping people with a calm voice.

For anyone still looking to help out, you can. The Montana Sheriffs and Peace Officers Association is accepting donations for Allmendinger’s family -- and also adds that no other donation organizations are approved by the family at this time.

Allmendinger's funeral will take place on Friday, Oct. 25 at the Commons near the Bozeman YMCA.