Judge to rule on legality of Montana flavored vape ban 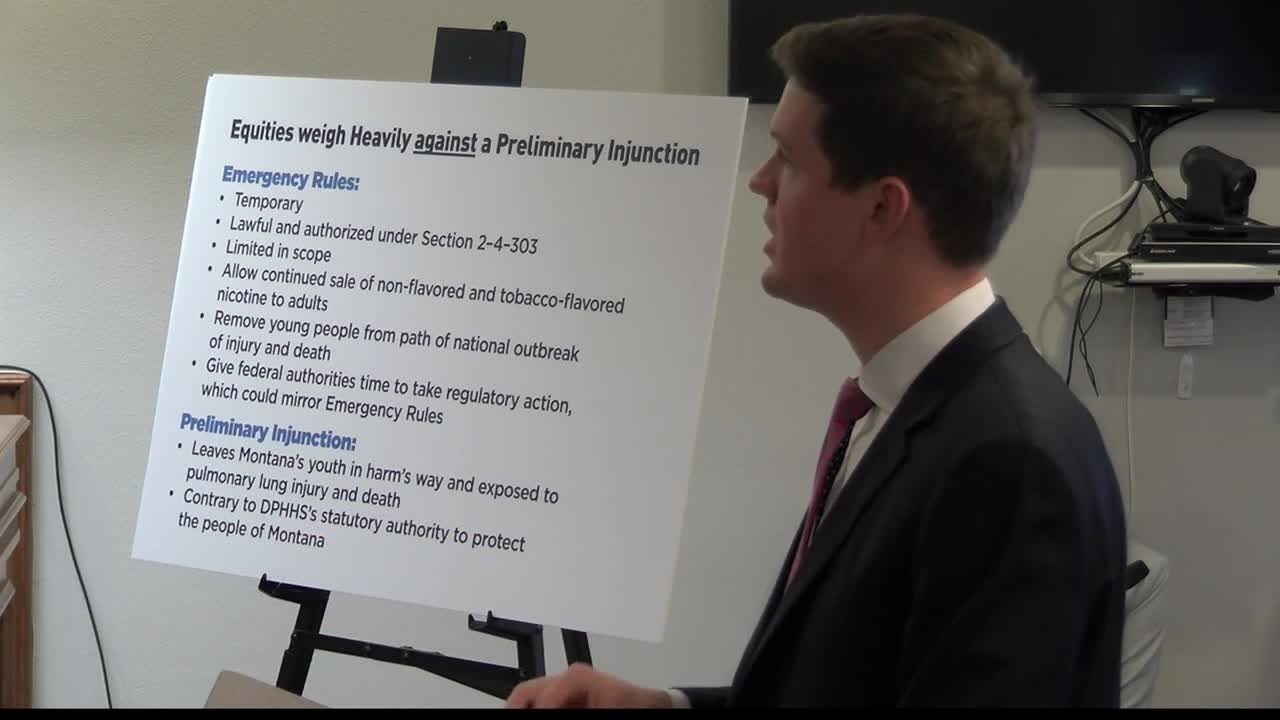 HAMILTON — Gov. Steve Bullock issued a ban on flavored vaping products in an attempt to curb underage vaping numbers and remedy what state officials are calling a public health emergency.

A Ravalli County District Court judge later temporarily blocked the ban and on Friday, vape shop owners and the State finished arguments on the implication of an injunction that would in essence extend the length of time this ban would not go into effect.

While the State did call on one more witness to provide expert testimony, most of the day's attention was centered around closing arguments from both sides.

"The petitioners respectfully pray to this court to grant an injunction on the emergency rules and maintain the status quo through the dependency of this litigation," said attorney Greg McDonnell, who is representing the vape shop owners.

"Follow the rules of MAPA and determine whether the agency followed the right process. I think if you do that, it's clear this is exactly the kind of public health authority that the Montana legislature anticipated," countered Office of the Governor's Chief Legal Counsel Ralph Graybill.

Judge Jennifer Lint issued the initial block of the ban and the injunction would extend that until the legality of the ban could actually be taken to court for the entire case process.

"The question today is, while this case goes on -- while the judge reaches a final decision -- is our baseline going to be one where people can still access products that youth overwhelmingly prefer and that we know are dangerous? "Or is the baseline going to be that only adults can access non flavored products that youth don't prefer? We urge the second," Graybill said.

Judge Lint will now take this under advisement and is expected to have a result in the upcoming weeks.

Now, to give you an idea of how important and complex this hearing was, attorneys tell us that a normal petition for injunction is a quick matter that might only take an hour. But this one took two days.

Vape shop owners say that if the ban was to go into effect, they would be out of business before the case even got to court. State officials say that with a recent death in Montana, they are attempting to prevent more in the future.