Parts of the state have received almost two feet of snow. 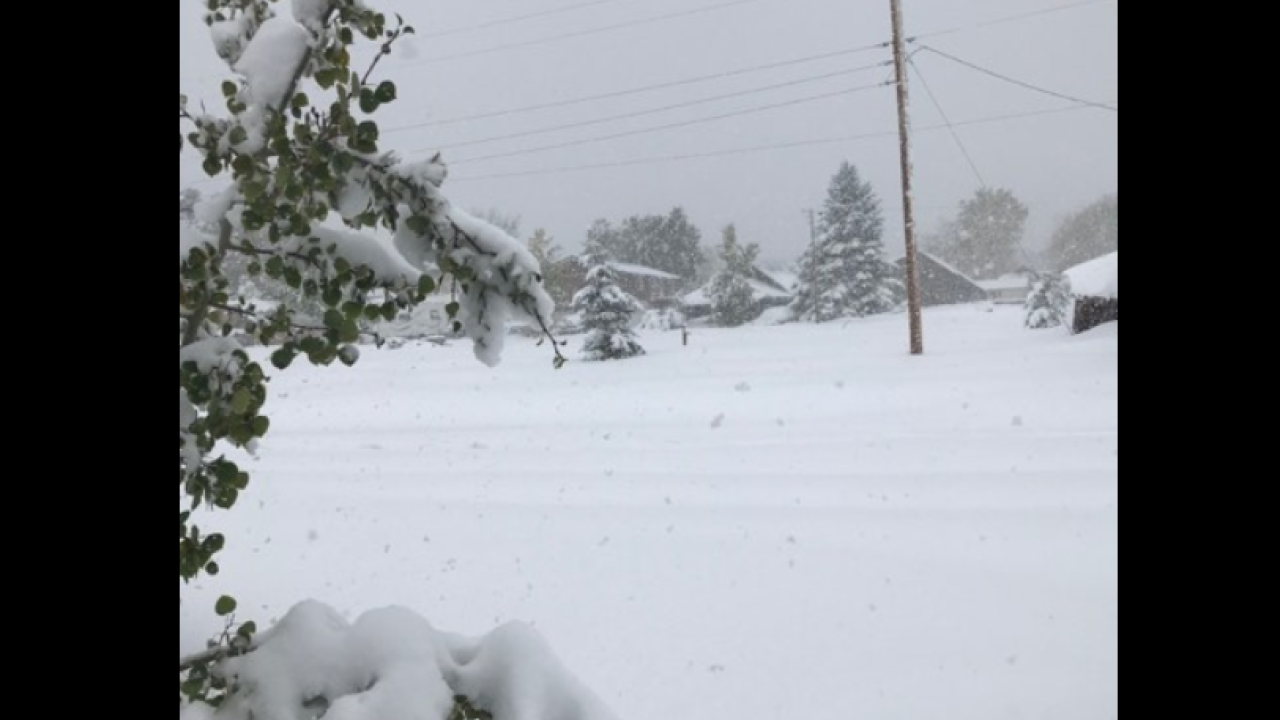 Feet of snow have fallen and powerlines are down in the Rockies -- and it's only September.

A winter storm is blowing through parts of the region this weekend, just days after the start of fall.

So far, parts of Montana have received almost two feet of snow. Browning was blanketed by 23 inches and East Glacier Park by 21.

The National Weather Service's winter storm warning for portions of north central Montana is in effect until Monday morning. CNN meteorologist Ivan Cabrera said in that time, another one to two feet of snow may fall.

Great Falls, Montana got a preliminary 9.7 inches of snow Saturday, which will set a new daily snowfall record. That number would beat the previous record in 1954 by 3.6 inches.

And by Saturday morning, Choteau city was already experiencing downed trees and powerlines, making it dangerous for people on the road, according to CNN affiliate KRTV.

The station reported several power outages across the area, including Simms, Sun Prairie and parts of Great Falls.

The potential to be historically significant

While snow in September may sound shocking in some parts of the country, Cabrera says that it is not that uncommon for the area. What is shocking is the amount, he said.

"If the forecast pans out, this would rival or surpass the 1934 winter storm which was for many areas the top early-season snowfall event on record," Cabrera said.

And the storm could bring near blizzard conditions, NWS said.

Winds are predicted to gust at 35 to 45 mph on Sunday, Cabrera said. These winds, combined with the snow that is forecast, could lead to whiteout conditions.

"This has the potential to be a historically significant early-season snow event," the National Weather Service in Great Falls, Montana, said.

The unexpected and destructive

The National Weather Service anticipates that the storm will bring damage as well as surprise.

With winds this strong and the sudden cold air interacting with the warmer mountain lake water, there is the chance for damaging waves across Flathead Lake.

And given the expected wet nature of the snow, a host of potentially dangerous impacts could result.

Widespread tree damage and downed power lines are possible, resulting in power outages. Agricultural damage could be caused by the record cold temperatures.

Livestock is also at risk and the National Weather Service warns, "make sure livestock and pets also have the essentials that they will need during the storm."

Montanans didn't waste time in showing how the snow is affecting them.

Carlene Whitney Salois took a picture of the accumulating snow and said the totals are "adding up."

The National Weather Service in Great Falls tweeted out pictures from northern Montana showing highways with up to a foot of snow on the road.

Montana Highway Patrol Trooper Amanda Villa tweeted pictures of the dangerous impacts of snow with a car crash on a road in central Montana.