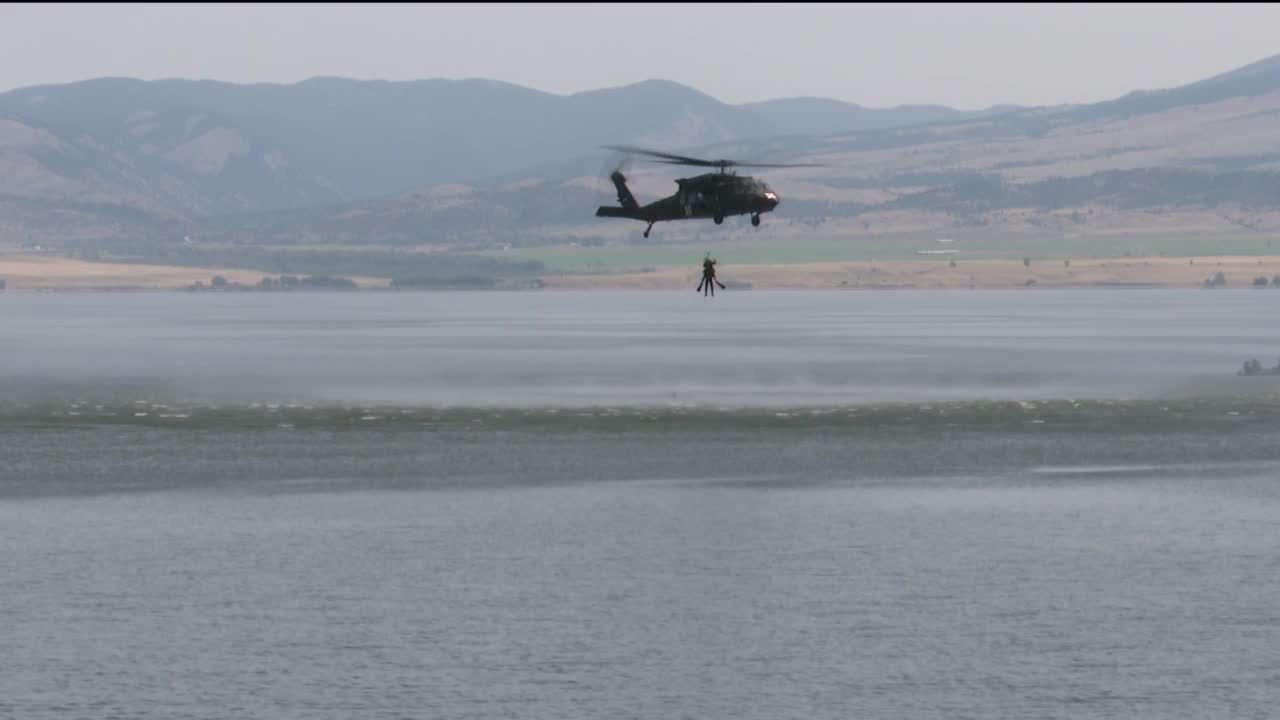 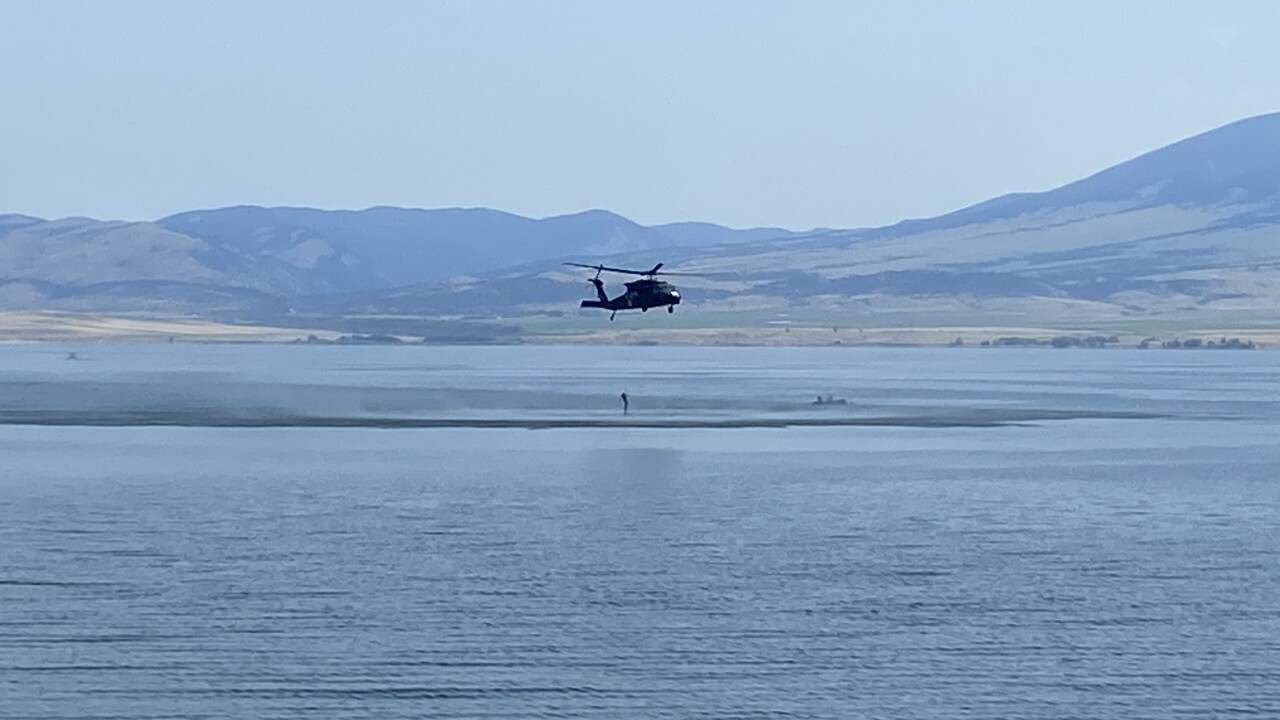 Ten Guard members were taking part in a series of simulated rescues, as part of a weeklong technical rescue training program.

Helicopter crews lowered rescue swimmers into the water, then the swimmers made their way to a person in need of assistance, secured them to a cable and let the crew hoist them back to the aircraft.

The Gallatin County dive team helped with the training, placing people in the water as simulated patients.

Sgt. Jake Balliew, a crew chief with the 1-189th General Support Aviation Battalion, Charlie Company, said the experience they got Wednesday is invaluable.

“We are a landlocked state, so you don’t get a whole lot of that water experience,” he said. “They come out of it with a lot more confidence in the water.”

The National Guard brought in outside instructors to conduct this training.

Richard Forbes, training director with the international firm Priority 1 Air Rescue, said the goal was to introduce all crews to the same standard procedures for handling this type of rescue -– allowing them to work smoothly within the Guard and with other agencies.

The training program builds day to day, leading to more difficult scenarios. On Thursday, the crews will begin practicing swiftwater rescues – working in moving water around York Island, near Townsend.

“It’s basically a ‘crawl, walk, run,’” Forbes said. “We’re starting here integrating the rescue swimmers, getting to the water, getting to the survivor and extracting that survivor back to the aircraft, in a benign setting – there’s not much current here.”

“When you’re out in the middle of the lake, just trying to hover becomes a little harder, because you don’t have a reference point, a fixed point on land,” said Chief Warrant Officer 3 Kevin Gilman, a helicopter pilot in command. “When we’re doing it in the mountains, it’s easy because you can just look at a tree and it’s easy to maintain your position. On the water, everything’s moving.”

Leaders said this type of training will help Guard members in a range of situations. Balliew said they frequently need water rescue skills when assisting in other states after a hurricane or similar disaster, but that they have also had to use them in Montana – including this winter when they needed to rescue someone on a lake near Helena.

“It’s extremely important,” he said. “Our job is so that others may live, and if we can’t come and do it professionally, do it accurately, do it right, we don’t want to add that potential hazard.”