Candidates seeking to succeed Gianforte in 2020 also weigh in 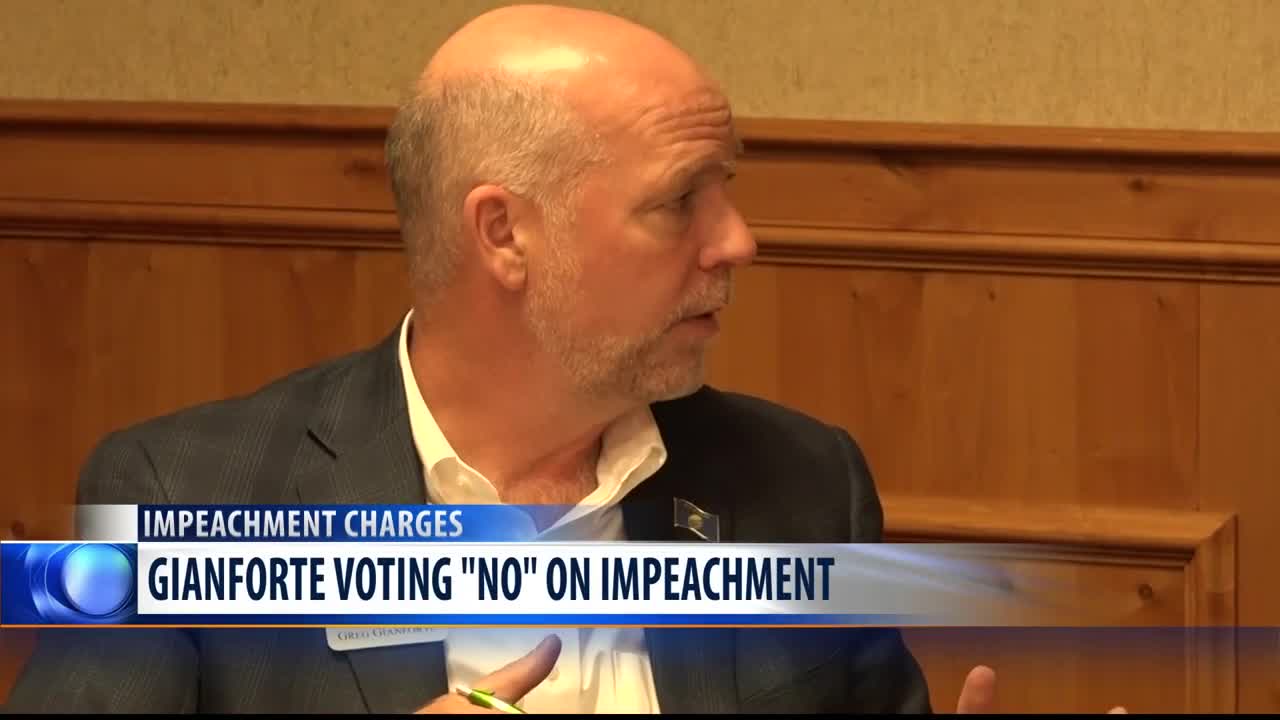 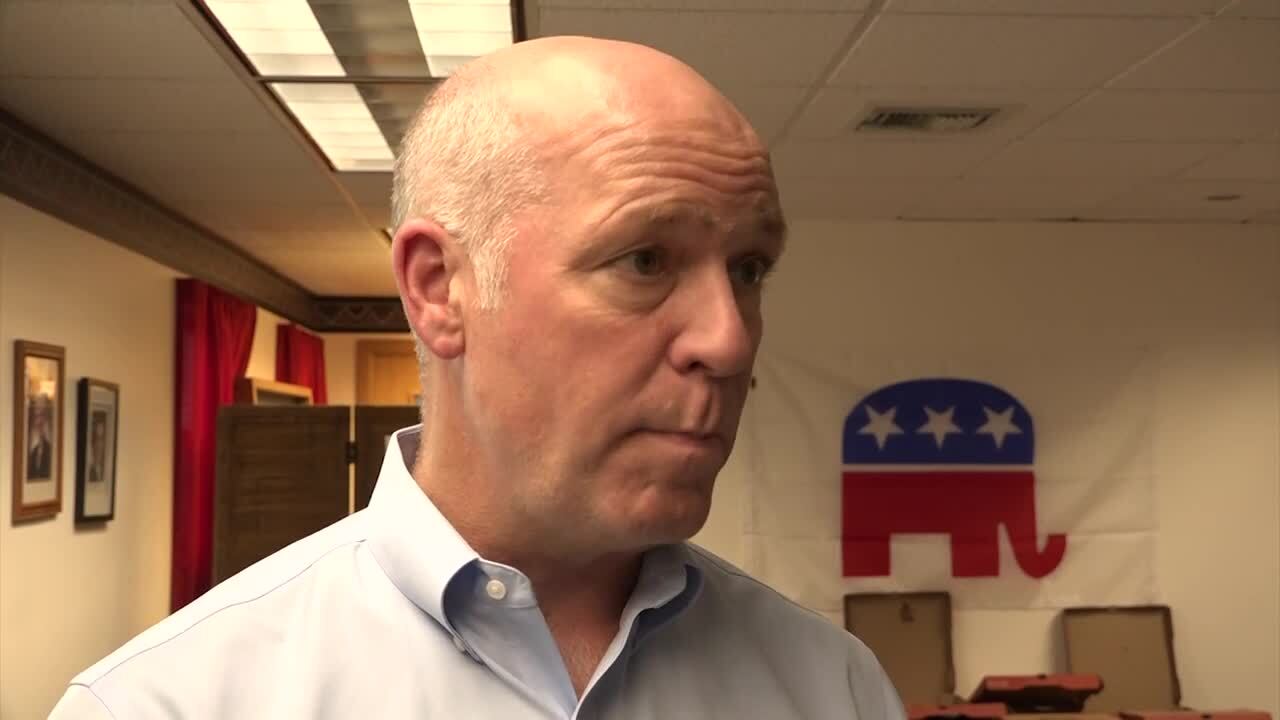 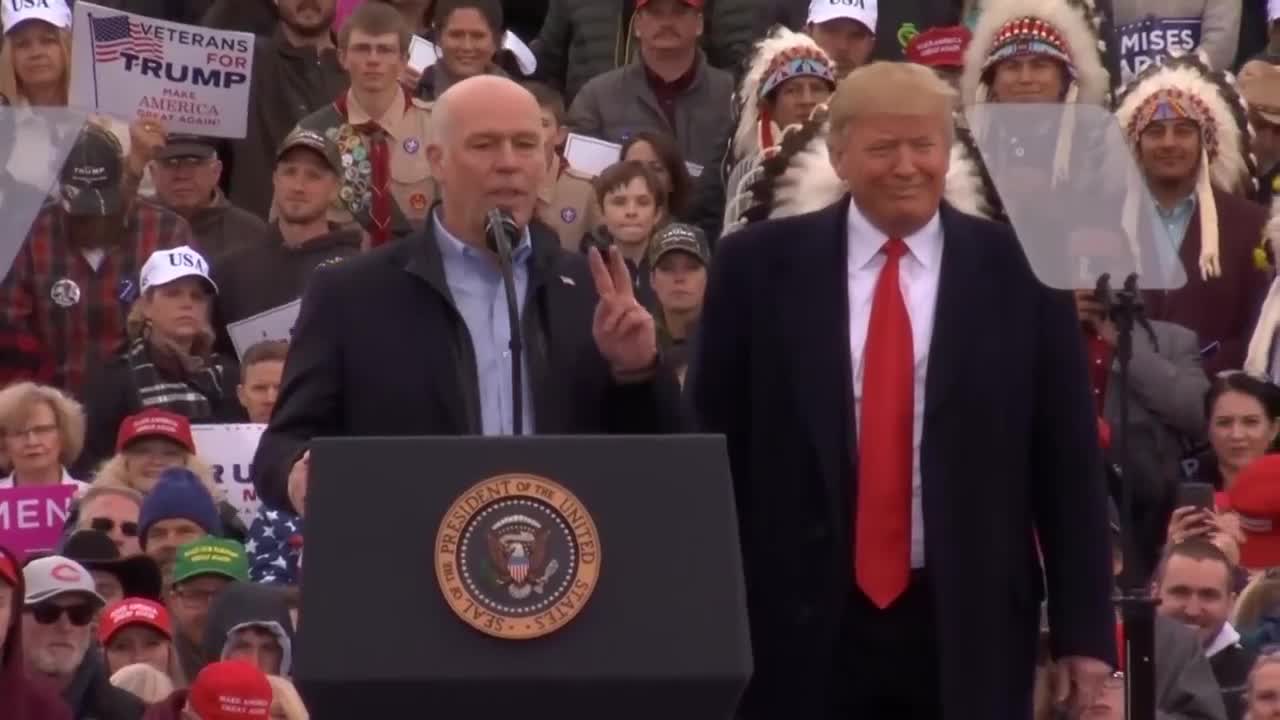 Montana’s only congressman, Republican Greg Gianforte, said Friday he’ll be voting “no” on two articles of impeachment of President Trump when they hit the floor next week, calling the impeachment inquiry “a sham since day one.”

“Since just after the (2016) election, Nancy Pelosi and the Democrats have been trying to undo the valid election,” he told MTN News in an interview. “I don’t think there’s a basis for impeachment. We have elections to elect the president.”

The articles approved Friday by the House Judiciary Committee on a party-line vote say Trump abused his power by pressuring Ukraine to open investigations into his political rivals and then obstructed Congress by blocking its access to witnesses and documents.

When asked whether he thought Trump’s actions toward Ukraine were an abuse of power, Gianforte said only that “I don’t think there’s a basis for impeachment.”

He also said Trump has been “unable to represent himself” or cross-examine witnesses and that Republicans were prevented from asking questions.

The White House has refused to make some witnesses and documents available to House committees investigating the president. Republican committee members also have been able to cross-examine witnesses and ask questions in impeachment hearings before two committees.

Gianforte said some of his Republican colleagues weren’t allowed to ask questions in closed hearings before the public hearings were held.

MTN News also reached out to the eight candidates or campaigns of candidates running to succeed Gianforte, who is vacating his seat in 2020 as he runs for governor, and asked how they would vote on the articles of impeachment.

Their responses are below.

Democrat Kathleen Williams: She wouldn’t say how she would vote on the articles of impeachment. In a statement, she said President Trump has been accused of “serious crimes” and can lay out his case before the Senate.

“I look forward to hearing what he has to say, and to Congress getting back to the work of the people,” she said.

Democrat Tom Winter: He said the evidence supporting impeachment is “overwhelming” and that he would vote for both articles.

Democrat Matt Rains: He said he supports the articles of impeachment, although he qualified his support by saying he’s basing it on information through the media, and would prefer to have seen the information first-hand.

However, Rains said he cannot “endorse the actions of President Trump as the new baseline” for future presidents, and that law and order must be upheld. He also said the Trump administration has prevented Congress from openly receiving information, undercutting the balance of power in the government.

Finally, Rains said he wants to resolve the issue and move forward to “bring us back to respect and compassion for one another.”

Republican Matt Rosendale: He said he strongly opposes “these shameful, unfounded and unsubstantiated articles of impeachment.” He called the process “a charade” from the beginning and that it’s time that Congress got back to tackling trade legislation and the cost of health care.

Republican Joe Dooling: He said he would oppose the impeachment articles. Regarding the abuse-of-power charge, Dooling said the president wanted to make sure that the current Ukrainian government was not corrupt like it has been in the past, before releasing aid money.

“And, one thing this has shined a light on, for me, is the amount of money we’re sending overseas,” he said, noting that money is often said to be unavailable for infrastructure projects in the United States. “I find it hard to believe that Ukrainian national security is more important than our own national security.”

Speaking from the Montana Stock Growers convention, Dooling also said voters he meets with don’t care much about impeachment, and want to get trade deals approved “and move this economy forward.”

Republican Debra Lamm: Lamm said she would vote “no” on impeachment articles, and that the president has acted within “executive prerogative.”

“The Democrats have been talking about (impeachment) since the day he was elected, and clearly this was their plan,” she said. “I think this whole thing is probably going to backfire (on them).”

She also said that voters “are just simply tired of hearing about this” and are ready for Congress to move on to other issues and get things done.

Republicans Corey Stapleton and Tim Johnson could not be reached for comment.