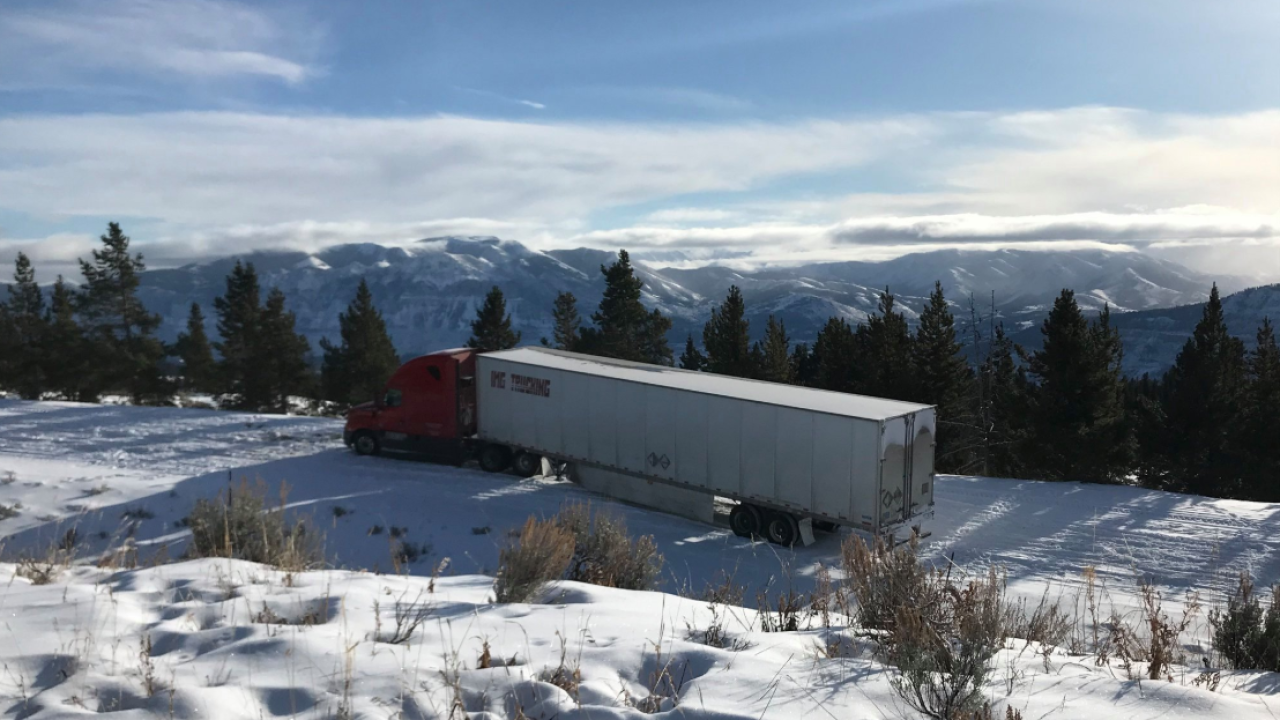 A semi truck carrying snowmobiles became stuck on the Wyoming side of the Beartooth Highway last week after its driver followed his GPS tracker through the closed road.

The Wyoming Highway Patrol said Monday on its Facebook page that troopers and the Park County Search and Rescue were dispatched the morning of Wednesday, Nov. 28, to retrieve the stranded driver and passenger.

Yellowstone Park officials also sent a loader and plow truck to clear the snowy road for the rescue vehicles.

The truck and trailer were freed at 6:43 p.m. after being stranded for about seven-and-a-half hours.

Troopers noted that a sign near the junction of U.S. Highway 212 and Wyoming Highway 296 says the road was closed 17 miles in, along with other caution signs.

The driver was unfamiliar with the road or terrain and had no tire chains or front tow hook. He told troopers he was just following his GPS coordinates, which was confirmed by troopers.

Troopers warned motorists to be prepared for changing road conditions and not to rely solely on GPS for travel information.