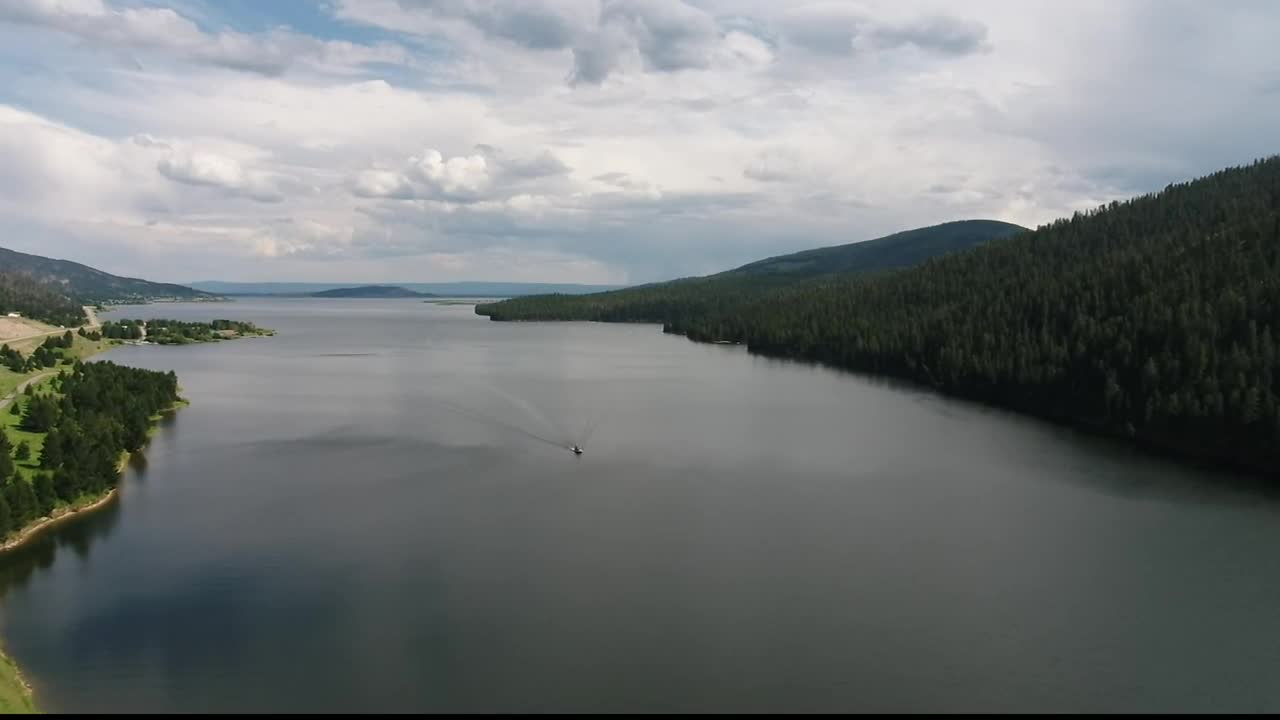 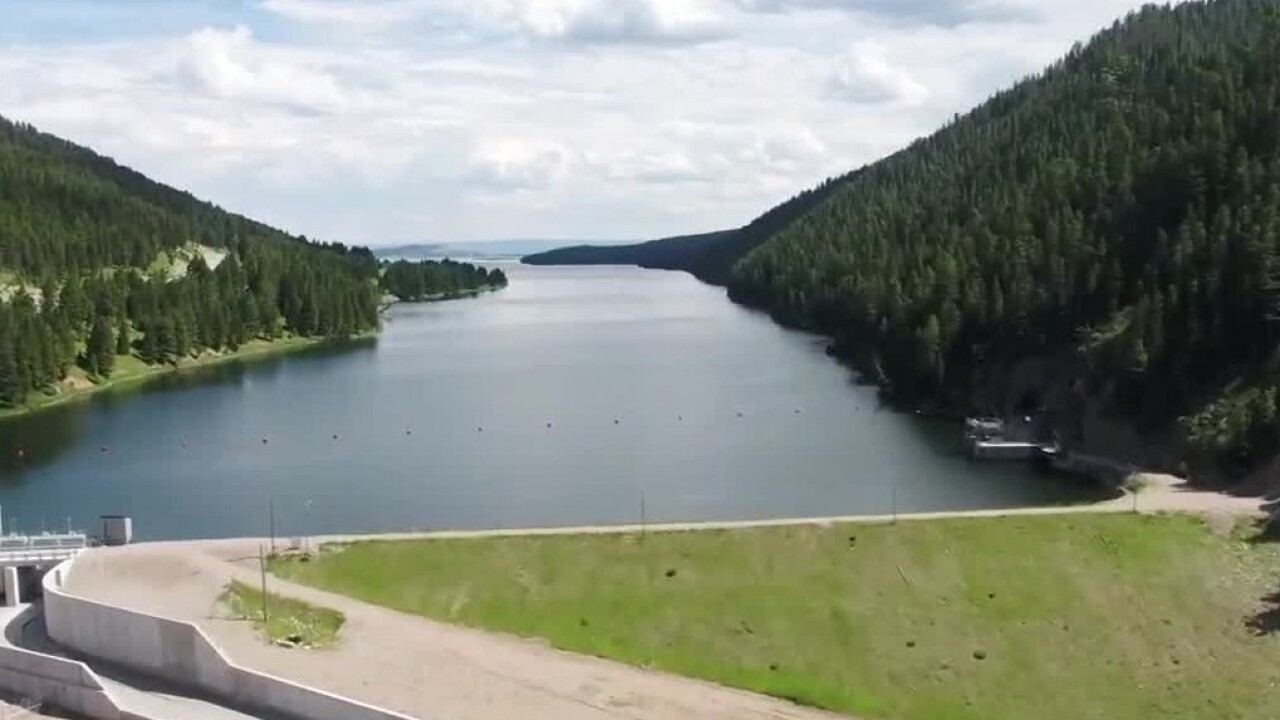 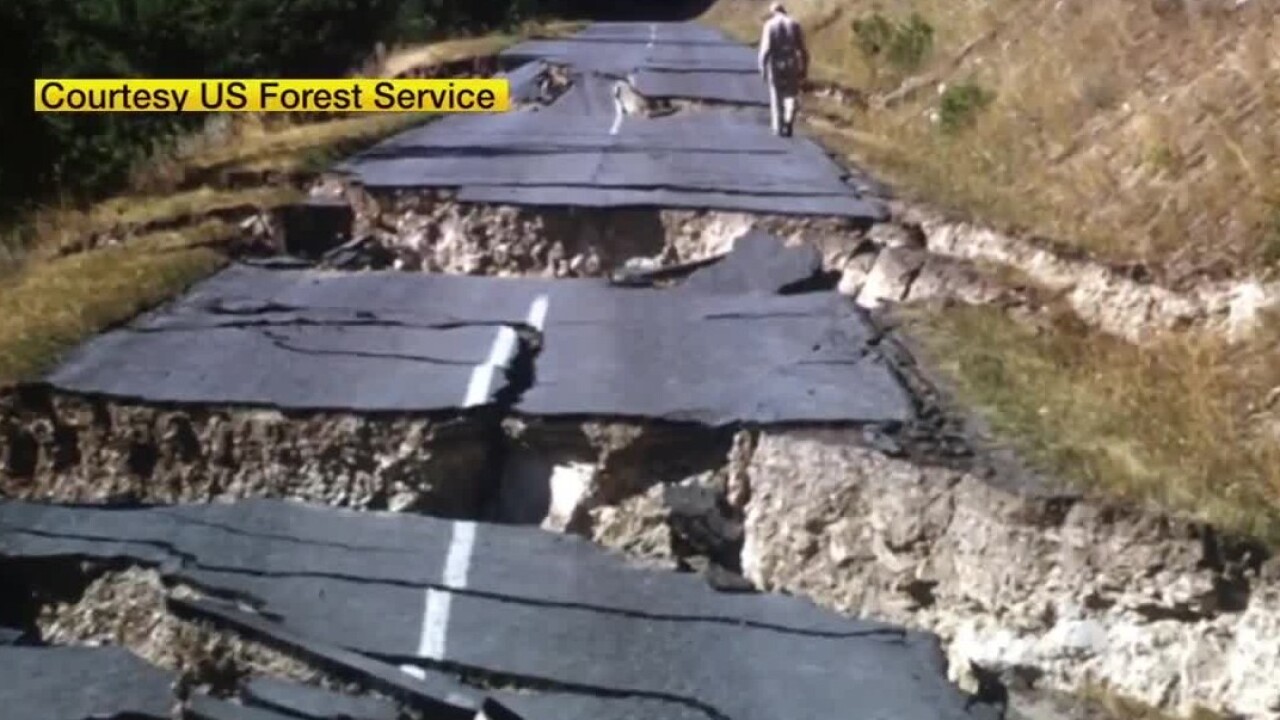 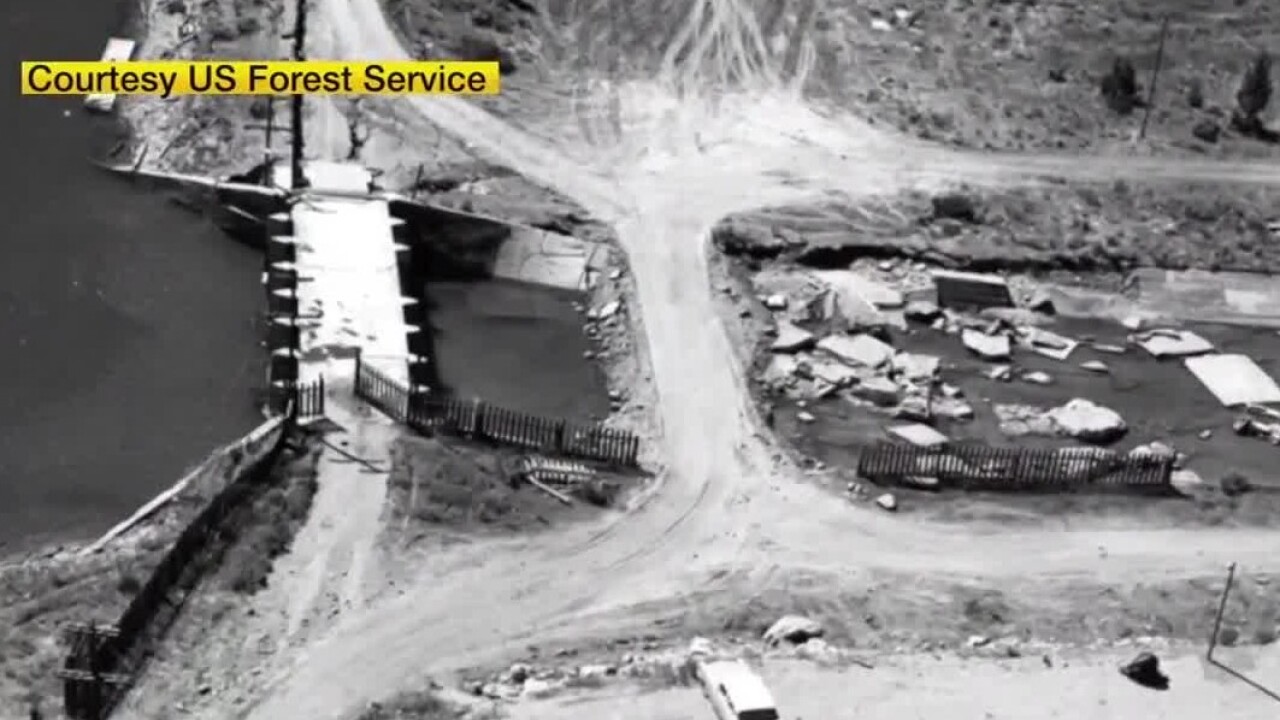 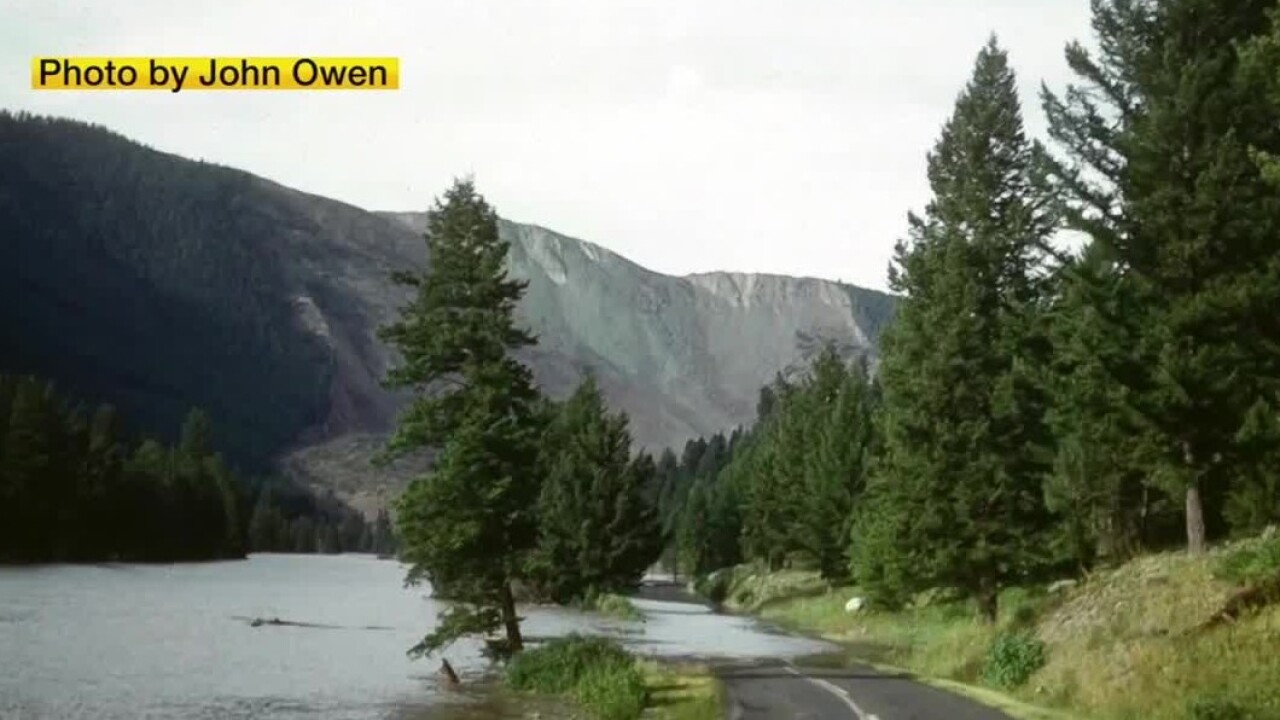 QUAKE LAKE, Mont. - The 60th anniversary of the huge Hebgen Lake earthquake is this Saturday.

The 1959 quake killed 28 people, most in the Madison River Canyon east of the lake.

But the lake itself was heavily affected by the 7.3 quake.

The epicenter of the quake was actually closer to the east end of the lake than to either the canyon where so many people were killed , or the dam at the west end of the lake. And it hit hard.

“It lasted for a good minute,” said Brook Cunningham who was at the lake that fateful night.

Today, Cunningham is host of the Cabin Creek Campground. In August, 1959, he was camped on the north end of Hebgen Lake with his father when the ground started to shake.

“I had no idea what it was,” Cunningham said.

His father told him it was an earthquake and then they heard something.

“I’m assuming it was part of the noise from the mountain coming down,” said Cunningham. “It was quite loud.”

And then they heard something else.

Hebgen Lake stretches for approximately 14 miles. In 1959 it was hit by something called a seiche. That’s a big wave that runs from one end of the lake to the other. Kind of like water sloshing back and forth in a dishpan. Those waves built up, coming back and forth and back and eventually swept right over the top of the dam.

“We could hear the waves rumbling and could actually see some of the wave action because it was a full moon,” recalled Cunningham.

Cunningham says it took about 17 minutes for the waves, some up to 20 feet tall, to sweep from one end of the 14 mile lake to the other. But that wasn’t all.

“There were cracks everywhere,” he said. “We couldn’t walk anywhere.”

Gerry Yetter noticed the same thing where he lived on Duck Creek.

“The earthquake dropped the road about 12 to 15 feet straight (down), just a cliff,” said Yetter.

He and his wife had narrowly escaped from their home.

“The chimney to the left sheared off and fell on the porch next to her,” said Yetter.

She escaped with minor injuries, but a guest in a cabin they rented was spooked.

“He put his wife in the car and headed toward town.”

But this was the road with the newly formed twelve foot cliff.

“And he went over that, tipped the Cadillac upside down,” Yetter said.

Trapped inside, the man broke a window to climb out.

“And almost cut his arm off,” Yetter recalled.

Yetter’s wife, though injured herself, drove the man to the hospital in Bozeman. Gerry went out to block the road to prevent any more crashes. He was joined by a semi driver.

Back at the lake, Cunningham wasn’t going anywhere.

“There was no possible way that we could bring the truck back out, and we could see easily in some of the areas where the road was missing,” said Cunningham.

The next day, after people downstream of the dam, at Refuge Point had been rescued, a helicopter returned to pick up Brook and his dad.

“The night of the quake was absolutely unbelievable,” said Cunningham. “I’ve never even been in anything that was close to that.”

At the other end of the lake, the dam held. But engineers, worried that it wouldn’t hold up to aftershocks, hired Yetter to keep an eye on it.

“And I had to go down and check the dam every hour to see if it was still there,” he said.

He radioed his report to another man south of Ennis who would then pass the message up the line. Downstream of the dam, the blocked Madison River was rapidly forming Quake Lake.

It soon inundated the cabins at Riverside Resorts. Some can still be seen, where the water left them in place locals call the Ghost Village. It’s not far from where Cunningham spends his summers.

“Believe it or not, I was in the Loma Prieta earthquake also,” said Cunningham.

That 1989 California quake was about the same size as the Hebgen Quake. But Brooke says there’s no comparison.

Yetter, who is now 87 years old, says he figured out a way to straddle the 12 to 20 foot cracks in the road with his car in order to get mail delivered to his neighbors for a week after the quake.

Part I: The night the world shook: Remembering the 1959 Hebgen Lake Earthquake

Joanne Girvin, the manager of the Earthquake Lake Visitor’s Center talked about events scheduled for this weekend to commemorate the 60th anniversary of the 1959 Hebgen Lake earthquake: