Yellowstone National Park spokeswoman, Morgan, Warthin tells MTN that even though the machines are banned in the park, more are being spotted all the time.

Adding to the problem is the fact that drones are getting better and cheaper all the time. The high-quality video they can provide is always popular on social media.

With nearly 4 million visits to Yellowstone each year, Rangers just can’t be everywhere and drone pilots frequently fly their devices in spite of the ban. 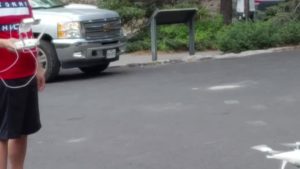 In a YouTube video posted in September of 2018, the index finger of Yellowstone visitor, Mike Sheldon, pops into the frame of a cell phone video, just beneath a tiny white spec darting down the Firehole River. Sheldon can be heard saying, “Well guys, you see that little spec right there, well, that is a drone.”

Sheldon follows the drone with his camera and shows it landing at the feet of a park visitor. He can be heard addressing the owner of the drone saying, “You are aware there is no flying of drones in the National Park, right?”

The visitor mumbles something which cannot be heard in the video and walks away. Sheldon follows, showing the man’s face and the Michigan license plate on his vehicle.

We showed the video to Warthin. With a surprised look on her face, she said, “Thank you for sharing that with me.” 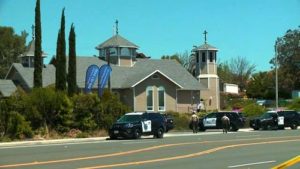 But that was hardly the only time a drone flew illegally in the park during the past year.

She readily admits that confirmed drone use is just a fraction of the suspected use.

She said drones flying in Yellowstone diminish the park experience for everyone, adding, “Imagine being a visitor at Artist Point and observing a drone buzzing around while you’re trying to get your spectacular photo.”

If you are caught flying a drone in Yellowstone, the consequences can be severe. “So, I wound up paying $885.” Said Shawn Duffy of Naples, Florida.

He was visiting the park in 2015, the year after the drone ban took effect. He says he didn’t see warnings about the ban as he entered the park or in the free park newspaper given visitors as he entered. He flew his drone near Mammoth and later posted the video on YouTube.

Park rangers saw the video and tracked Duffy down. When first contacted, he expected to get a stern warning and perhaps a small fine. Instead, he was told he would be fined more than $1,200.

He pushed back telling rangers, “I had no prior knowledge, the flight was uneventful.”

Eventually, Duffy and another similar offender found themselves on a phone conference call with a federal judge. Duffy repeated his story. He says he feels the judge listened to him before reducing the fine by $250. That still left him with a hefty bill for a few minutes of flight time over the park. 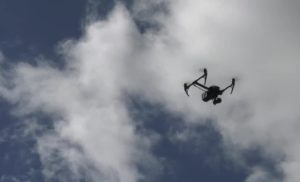 Professional Drone Pilot, Steve White, told MTN the size of newer drones poses another problem. “A lot of these drones are foldable and small and they’re in the trunk, and the ranger isn’t going to see ‘em,” said White.

White says he finds it easy to believe park officials when they say illegal drone use in Yellowstone is widespread and troubling.

According to Warthin, it’s not just a matter of aesthetics. She said, “There are safety concerns, for the park, for resources, for instance, grizzly bears, and for visitors themselves.”

MTN found more than half a dozen drone videos taken inside the park and posted within the past year. We found contact information for two of the posters, and attempted to reach them, but received no replies.

Warthin said she feels there is ample opportunity for park visitors to learn about the drone ban. “We do have signs posted at the entrances,” she said. “We also have information posted on our website, we include it in our newspaper that all visitors receive when they come into the park.”

And, the park is adding a no drones promise to the popular Yellowstone pledge.

“I would just like to take a moment and say thank you to you and to those on social media who are being stewards for Yellowstone,” said Warthin.

Park officials tell MTN this addition to Yellowstone Pledge doesn’t mean they want to turn park visitors into snitches and spies. They said they just want them to volunteer to help educate everyone about the rules concerning drones.

In a newer YouTube post, Duffy tells his story and offers a warning: “Obviously you don’t want to fly your drone in a National Park area.”

MTN gave park officials links to all the online drone videos we found, that were posted to social media sites during the past year.