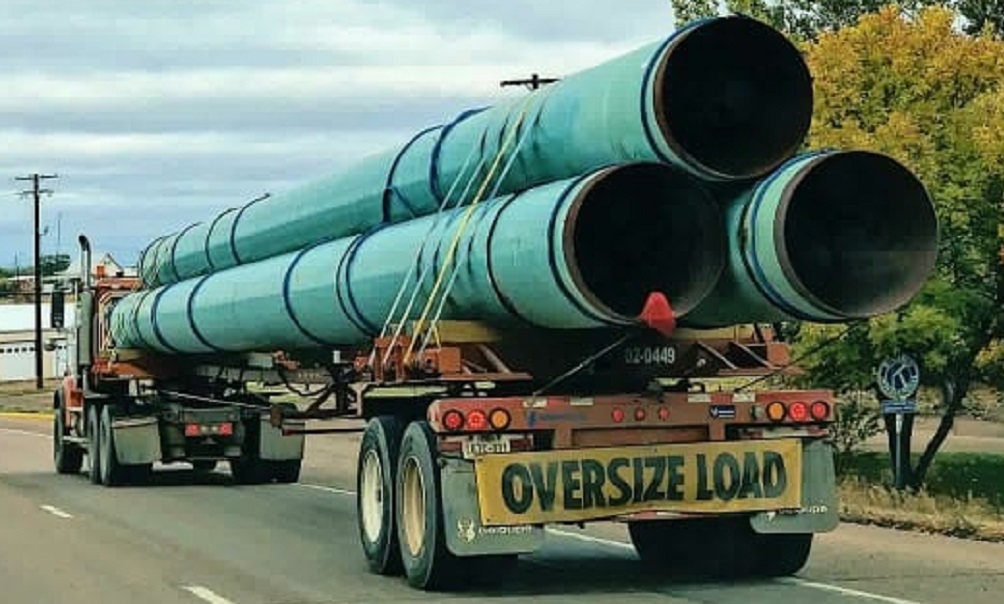 President Donald Trump called a federal court ruling halting construction of the Keystone XL Pipeline a “disgrace” and suggested that his administration intends to appeal.

“It’s a political decision made by a judge. I think it’s a disgrace. 48,000 jobs, I approved it, it’s ready to start,” he told reporters Friday morning before departing for Paris.

He added that the case will “end up in the 9th circuit, as usual.”

The ruling late Thursday by US District Judge Brian Morris in Great Falls was a blow to the Trump administration and a win for environmental groups that have fought the cross-border route for years.

Morris found that the US government’s use of a 2014 environmental review to justify issuing a presidential permit for construction of the cross-border pipeline violated the National Environmental Policy Act, the Endangered Species Act and the Administrative Procedure Act.

“The Court enjoins Federal Defendants and TransCanada from engaging in any activity in furtherance of the construction or operation of Keystone and associated facilities,” the court document reads, “until the Department has completed a supplement to the 2014 SEIS (Supplemental Environmental Impact Statement) that complies with the requirements of NEPA and the APA.”

Environmental groups involved in bringing the 2017 lawsuit celebrated the decision.

“Keystone XL would be a disaster for the climate and for the people and wildlife of this country,” said Jackie Prange, senior attorney at the Natural Resources Defense Council, one of the plaintiffs. “As the court has made clear yet again, the Trump administration’s flawed and dangerous proposal should be shelved forever.”

Environmental groups have argued that the pipeline would support the extraction of crude oil from oil sands, a process that pumps more greenhouse gases into the atmosphere than standard crude oil extraction. They also opposed the pipeline because it would run across one of the world’s largest underground deposits of fresh water.

Native American groups argued the pipeline would cut across their sovereign lands.

The project was first proposed more than a decade ago and has yet to break ground amid tense political debate. It was a major issue in the 2012 presidential campaign when GOP candidate Mitt Romney said he would approve the pipeline.

After years of review, the Obama administration rejected the application in 2015 over environmental concerns. At the time, Secretary of State John Kerry said that moving forward with the Keystone XL project would undermine the country’s ability to be a world leader in combating climate change.

In March 2017, the Trump reversed President Barack Obama’s decision and issued a permit approving construction of the pipeline, making good on one of his campaign promises. Trump said it would create jobs and move the United States towards energy independence.

The construction of the pipeline would indeed create thousands of jobs. But they will be temporary. A State Department report issued under Obama found that once completed, only 35 permanent employees would be needed to operate the pipeline along with 15 temporary contractors, the report said.

A spokesperson for TransCanada said Friday that the company remains “committed to building this important energy infrastructure project” and is continuing to review the judge’s ruling.