The bump stock ban will soon be official 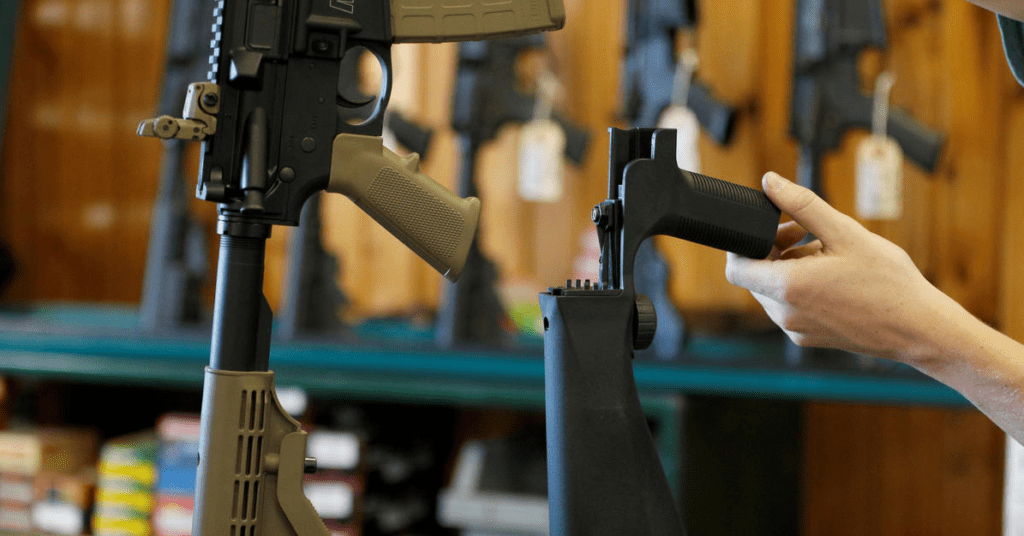 Bump stocks — devices such as the one used by the Las Vegas shooter that effectively turn a semi-automatic weapon into an automatic one — will soon officially be banned.

The Justice Department announced Tuesday that it is amending federal law to expand the definition of machine guns to say bump stocks fall under that term, making them likewise illegal. The department plans to submit paperwork by the end of the week, and the rule banning bump stocks will go into effect 90 days from that point. That means bump stocks will be illegal by the spring of 2019.

“The rule will take effect in 90 days from publication in the federal register,” a senior Justice Department official told reporters on a conference call Tuesday morning. “At that point it will essentially become unlawful to posses a bump stock type device, they will be considered machine guns under both the National Firearms Act and the GCA — the Gun Control Act.”

Mr. Trump announced last year that he intended to review bump stocks — something that came as a surprise to some. He announced that he had directed the DOJ to craft rules banning the devices earlier this year. The president hasn’t taken further steps on gun control, to the dismay of gun control advocates.

The senior DOJ official on the conference call Tuesday acknowledged the Las Vegas shooting made the DOJ reevaluate current regulations given the times. The October 2017 massacre at an outdoor music festival on the Las Vegas strip was the deadliest in U.S. history, and more than a year later investigators have still be unable to offer a motive.

One reporter on the conference call pointed out that the National Rifle Association may challenge the new rule. The senior DOJ official said that, no matter who files a lawsuit, the DOJ will defend its stance.