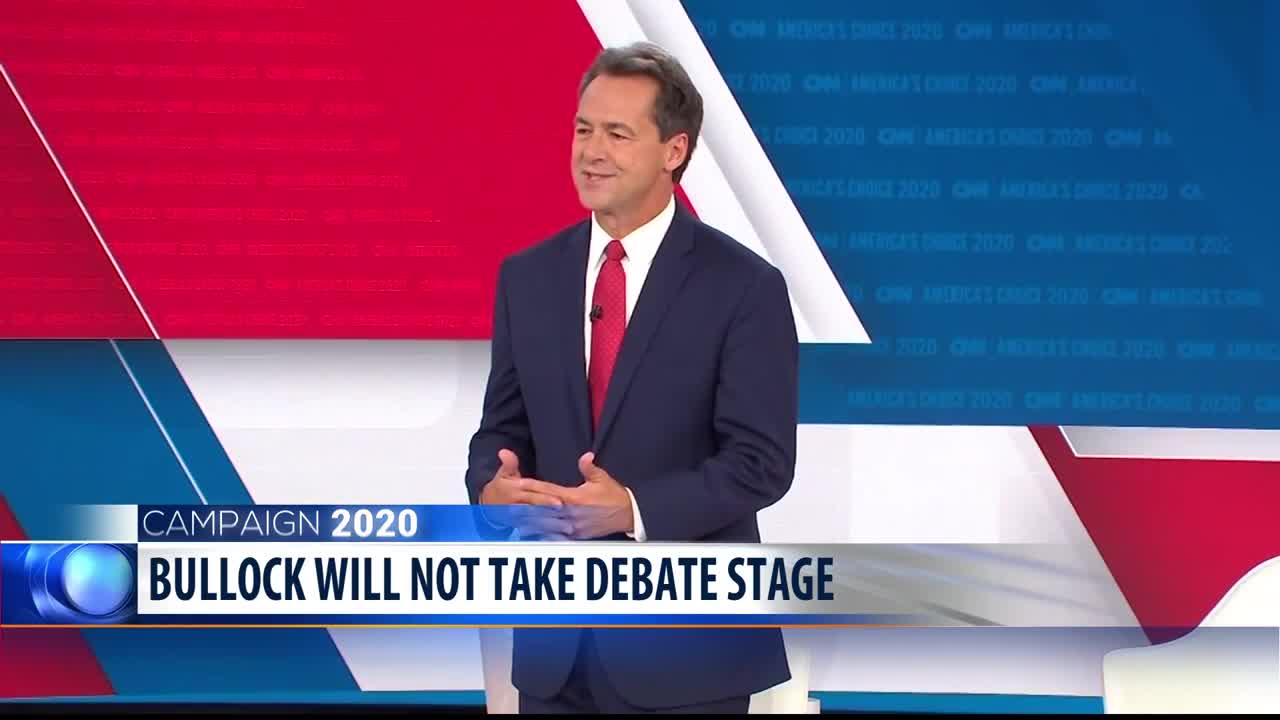 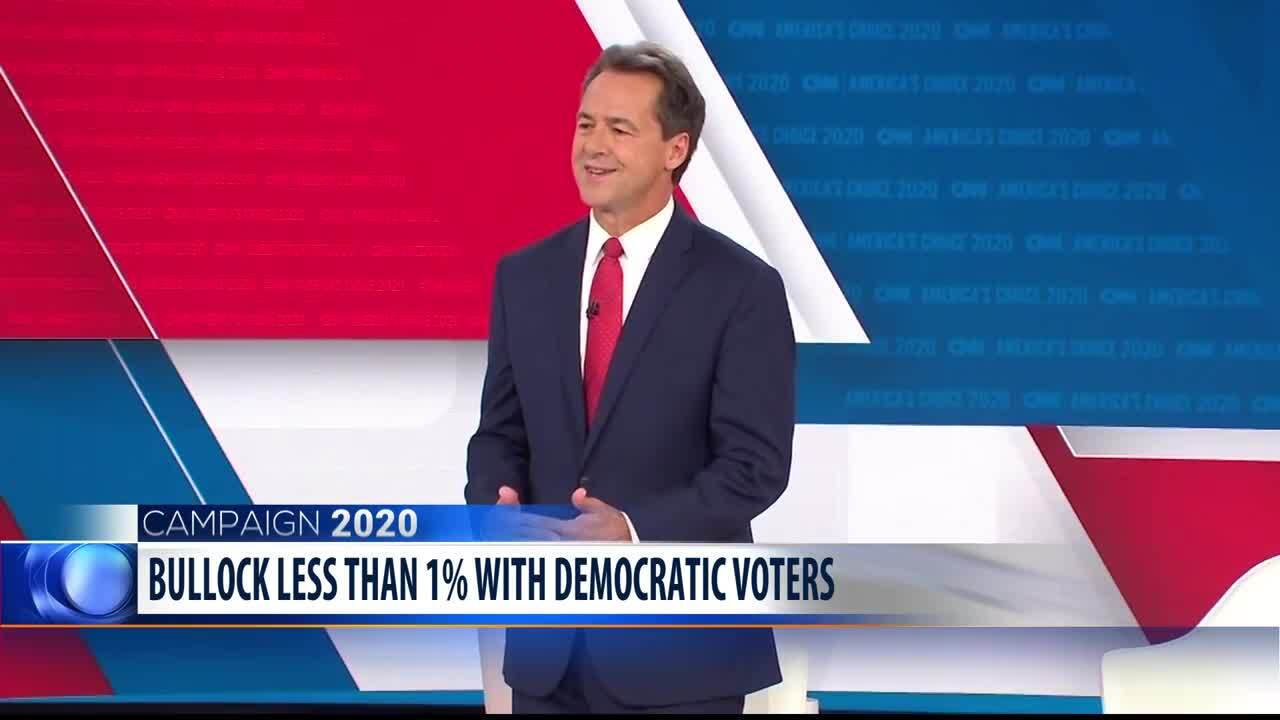 Montana Governor Steve Bullock has announced he will not be on the stage during September Democratic Presidential Primary debate in Houston.

Candidates had until midnight Wednesday to meet thresholds established by the Democratic National Committee.

Bullock has not met the fundraising or poll numbers, but says he'll campaign and forge ahead with a full Labor Day weekend schedule in Iowa. Bullock said on MSNBC on Wednesday that the DNC debate rules “exclude important voices from the stage, including a rural America voice.”

He is among several Democrats who will likely be excluded from the debate who are vying for a chance to take on President Donald Trump in 2020.

To qualify, candidates must receive contributions from at least 130,000 individuals, coming from at least 400 unique donors in 20 or more states, and reach 2% in at least four DNC-approved polls.

Bullock failed to qualify for the first pair of debates on June 26 and 27, hosted by MSNBC. He made his first debate appearance, when the criteria were less stingy, at the July 30 and 31 debates on CNN.