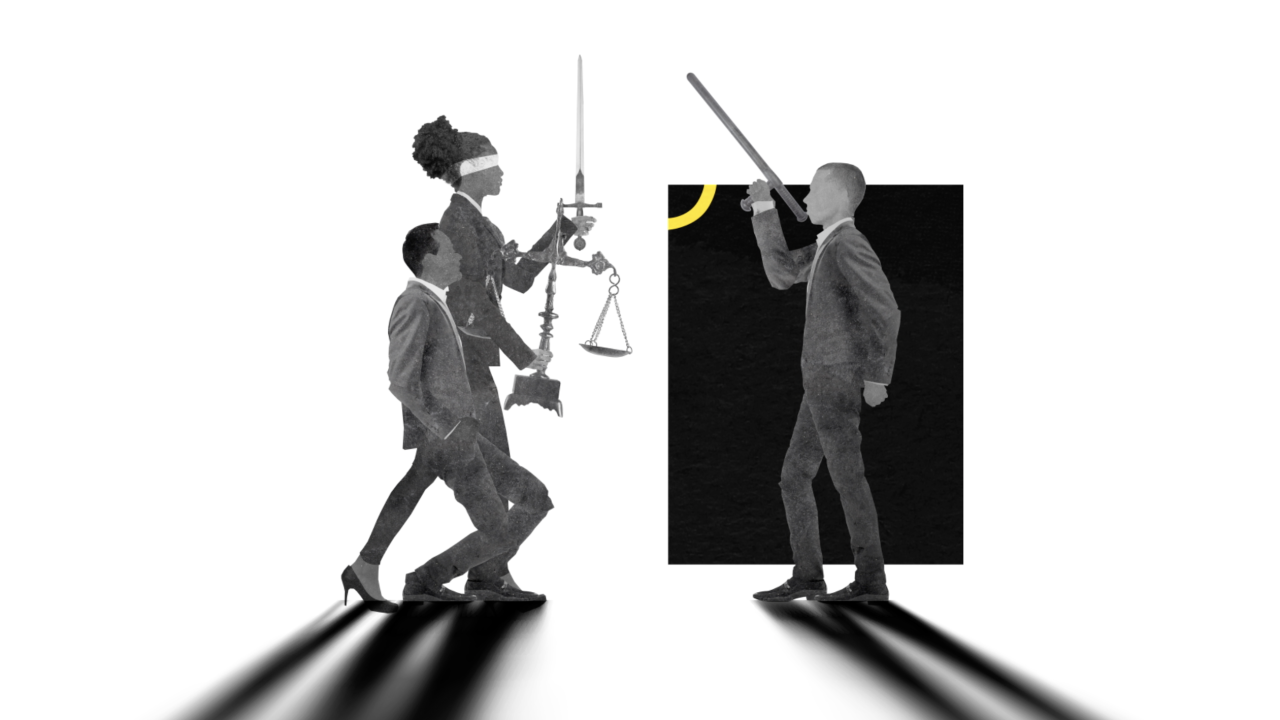 There's a renewed push to reform qualified immunity, a legal doctrine that protects police officers, along with some others, from civil lawsuits.

In Congress, Sen. Justin Amash of Michigan proposed a bill to eliminate qualified immunity entirely. It has bipartisan support.

Understanding why qualified immunity was established could help inform a vision for the future.

Imagine a scenario where you're walking down the street and someone clearly violates your rights. The rule of law says they should be held accountable and you'd expect that they would. But can the same be said about police officers who violate a person’s rights?

Qualified immunity protects public employees, like police officers, from being held personally liable for knowingly violating someone else’s rights, as long as the officer didn’t break any “clearly-established” laws in the process.

Critics argue qualified immunity tilts the scales of justice and makes it hard to hold officers accountable for crimes they admit to committing.

The legal path that led to qualified immunity started with the passage of the Civil Rights Act of 1871. Congress declared that every American has the right to sue any public employees who violate their rights.

Then, in the late 1960s, a Supreme Court ruling would start morphing the concept into what we know today.

It was 1967 when the court granted exceptions to police officers accused of violating rights if they acted in good faith and believed their actions were within the law. Another ruling, in 1982, shifted the burden entirely to the citizen, requiring they prove the officer’s actions broke a “clearly-established” right.

That means presenting a case where the Supreme Court found an official guilty of the same “particular conduct” under the same “specific context” as is being alleged. Without it, the officer is protected from liability.

The Supreme Court granted one exception for a particularly cruel case in 2002.

In June 2020, the Court declined to take up a petition asking it to re-examine qualified immunity. The order was unsigned, and Justice Clarence Thomas was the only one to write a dissent.

He wrote the “qualified immunity doctrine appears to stray from the statutory text.”

Justice Thomas and Justice Sonia Sotomayor have urged the court to take up the doctrine multiple times in the past. In 2018, Justice Ruth Bader-Ginsburg joined in a dissent authored by Justice Sotomayor. It said that the way the Court previously ruled on qualified immunity had established “an absolute shield for law enforcement officers.”