'If we’re not here, the people die': In the forgotten region of Appalachia, health care comes from a wagon 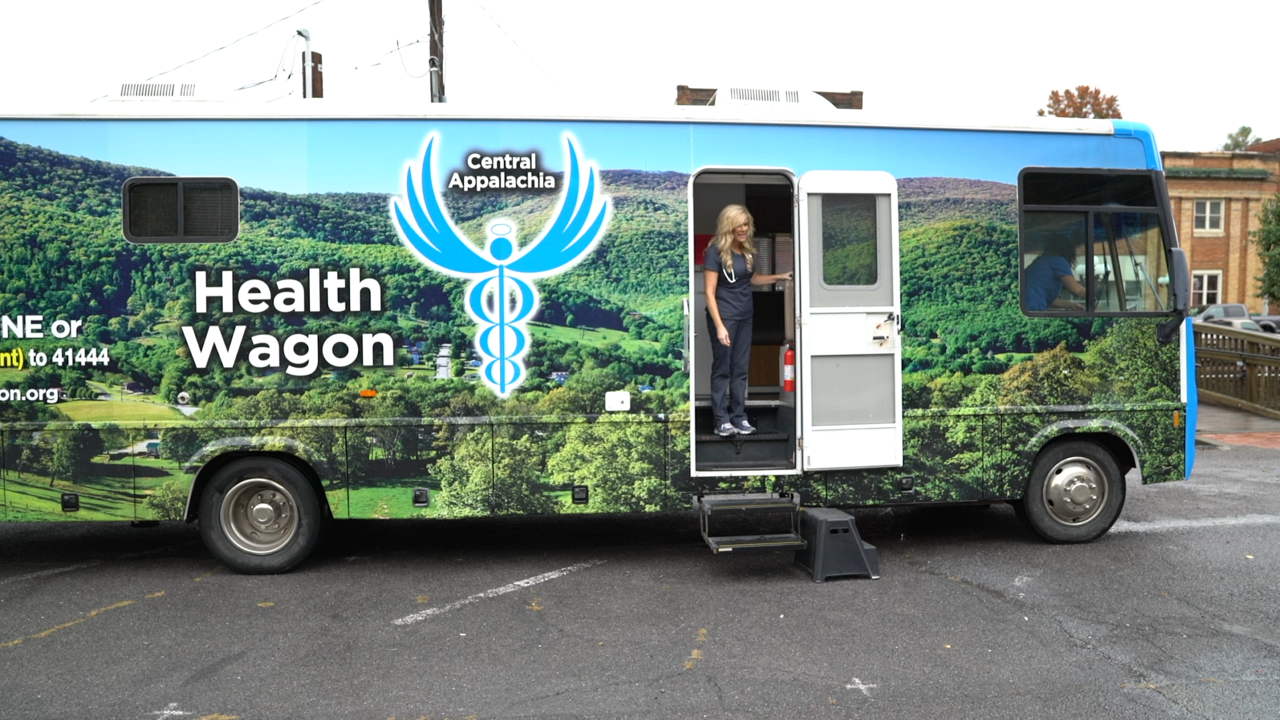 COEBURN, Va. — When nurses Teresa Tyson and Paula Hill pull their RV into the small towns of Appalachia, they bring a warmth that's part of the charm of these mountains.

They also bring help that's become scarce in this part of the country.

“It’s kind of like we’re the forgotten people," Hill says. "Not only are we vulnerable but we’re forgotten and lot of people feel like they do not matter.”

“The cancer rates here in the central Appalachia region are just so high for so many diseases," Tyson adds.

The two natives of this rural part of Virginia run the Health Wagon.

The Health Wagon is an organization that sends specialized vehicles into rural communities to provide health care free of charge.

The organization also runs multiple clinics in the area.

“If we’re not, there’s no one else out there responding to that need. We are," Tyson says.

On a recent trip, the Health Wagon pulled into the town of Coeburn, Virginia. It's located in the southwestern part of the state.

Patients receive the kind of care, tests and treatment that would otherwise be hours away. It's care that could be hundreds — if not thousands — of dollars out of reach.

On a typical day the mobile wagon will see more than 20 patients.

"I wouldn’t know where to go," says patient Elmer Kaiser.

The Health Wagon helped him discover his prostate cancer 13 years ago after he had blood work done.

“If they hadn’t saw me, then I’d probably be gone," he says.

The nurses are optimistic they're making a difference in a place where struggles stretch from health care to the economy. This area has some of the highest unemployment rates in a state that produces less than half the coal it did in the year 2000.

Yet Tyson says the amount of diseases they see have grown.

“We are a cancer belt as we are a lung disease belt, and a heart disease belt, we’re a kidney stone belt," Tyson says. "That's why we say we’re a Bible Belt because we have all these people praying for these disease entities that they have.”

For people in this area, if not for the Health Wagon, health care in the region would be a grim reality.

"If we’re not here, the people die," Tyson says.

The pressure is mountainous to keep the Health Wagon on the road in places that can feel tucked away from what many would take for granted.

“In America, it’s like they’ve turned a blind eye within their own country," Tyson says. "So we feel that sense of urgency every day you wake up."