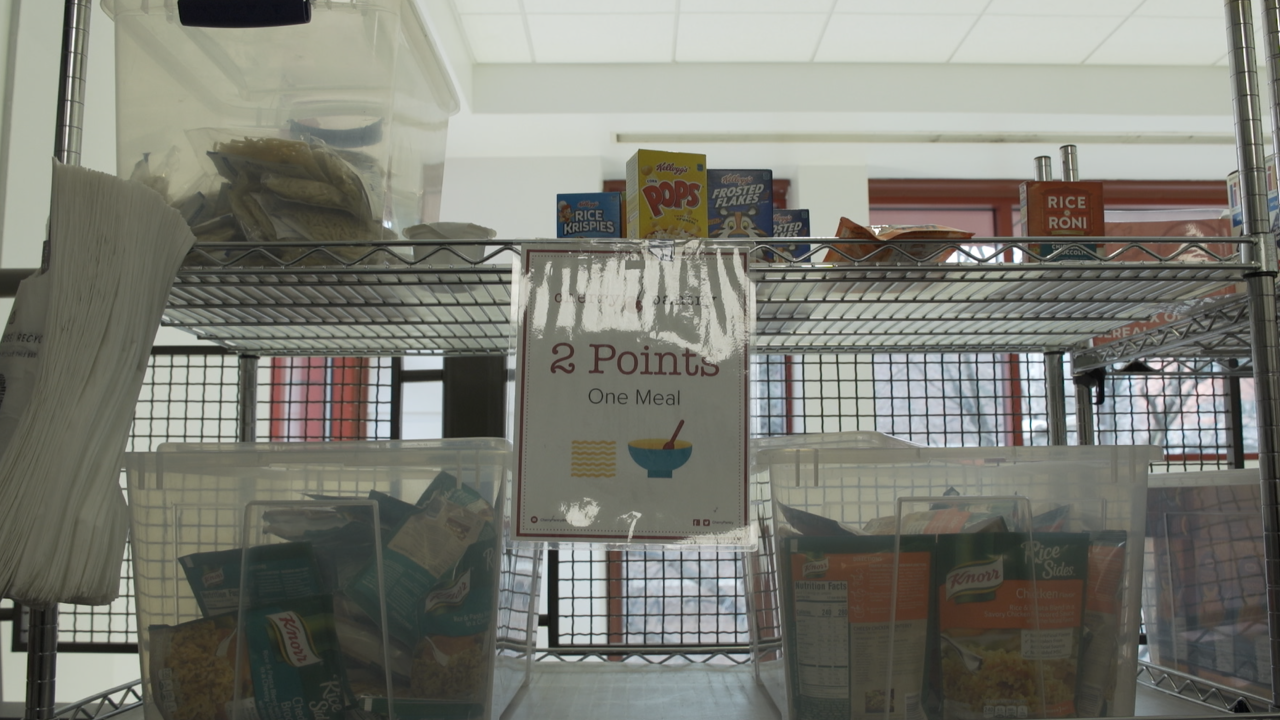 As some students navigate between classes at Temple University in Philadelphia, they have the option to stop at a food truck for a quick meal, while others have to pause and ask themselves if they can afford to eat today. The answer to that question for someone like Temple sophomore Agnes Williams is no some days.

However, at Temple, she can turn to the university’s food pantry. Food is donated there and students in need are allowed to stock up on a limited amount of food each week. This week, Williams was able to get three packages of ramen noodles, two individual-sized boxes of cereal, a can of soup, two tea packets, and feminine hygiene pads. The items are essentially enough to get her through the next two or three days.

“There are times when I won’t eat, and time where I just don’t feel like I need to spend this much money to eat something,” said Williams.

About 200 Temple University students come to the food pantry every week, because they are making the similar choice of whether to spend money on food or save it for bigger expenses like tuition, rent, or books.

Even a student like Matthew Dougherty, who gets financial help from his parents and has a meal plan, says he still can only afford a plan with 10 meals a week. So, without the food pantry, he rations himself down to one to two meals a day.

“A lot more universities should start reaching out and find a way to get something like this, because it’s a great resource, especially for kids who are not as fortunate and are just scraping the bottom of the barrel to even get to college,” Dougherty said.

More than 600 colleges and universities across the country have opened food pantries for students. It is estimated that 50 percent of community college students and 33 percent of student who go to a four-year institution are struggling with food insecurity in America. Food insecurity, for college students or any American, is defined as being without reliable access to sufficient quantity of affordable, nutritious food.

“Food pantries, you know, they are really nice people. It is a nice idea, but it does not end food insecurity; not even close,” said Sara Goldrick-Rab.

Goldrick-Rab is the founding director of Temple University’s Hope Center, which is an action-research center that, in part, studies the long-term effects of food insecurity amongst colleges students.

“It’s entirely possible that because a student was food insecure in college they developed health conditions that will make them not as healthy at work and unable to pay their bills,” said Goldrick-Rab. “I see tackling this issues as an educational issue, of course, as an economic issue, but also as a public health issue.”

Legislators are trying to address this issue. Currently there are about a half-dozen bills sitting in congress, some with bi-partisan support, that range from making it easier for students to get snap benefits to expanding the national school lunch program to include higher education.

“We have people who if we invest in them will be self-sufficient for the rest of their lives, especially if you’re not burdened with student loan debt,” Goldrick-Rab added, “or we can have people be impoverished during college, drop out because they didn’t get enough food and go on to lean on us taxpayers for the rest of their lives because their jobs don’t pay enough.”