Will the largest monument to the Confederacy stay set in stone?

Will the largest monument to the Confederacy stay set in stone? 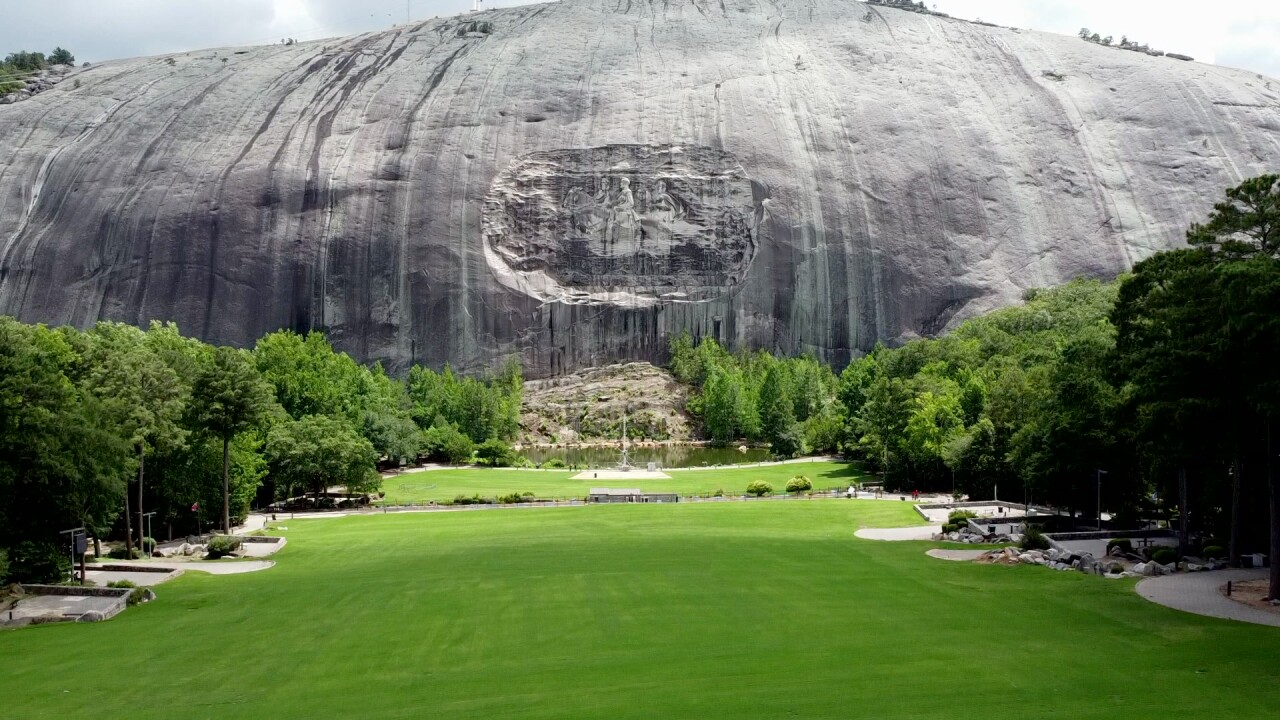 It’s a sight to behold. Three of the most influential men in the Confederacy--Jefferson Davis, Robert E. Lee and Stonewall Jackson-- are carved into granite that is 400 feet above the ground. It’s called Stone Mountain, and it’s the largest monument to the Confederacy in Georgia and in the world.

“Under state law, this park is established as a confederate memorial,” said John Bankhead of the Stone Mountain Memorial Association.

To community activist Shar Bates, she said this park has different meanings for different people. Ask Atlantans over 50.

As smaller monuments of Confederate leaders are torn down across the country, many wonder: should Stone Mountain be next?

“The mountain does have a dark history; we don’t deny that,” said Bankhead. “We wish we could turn back the clock and change it, but we can’t, so we have to face it as it is."

That dark history fostered in the 1900s by the Venable family. They owned the mountain and signed off on the carving. They were known members of the Ku Klux Klan and granted the group an easement to gather on the mountain for years.

“The Venables would allow the Klan to have rallies here,” said Bankhead.

From initiations to burning crosses on the top of the mountain, this site was closely tied to the group until the state bought the park in 1958.

Dr. Martin Luther King Jr. even mentioned the mountain in his iconic “I Have a Dream” address saying, “Let freedom ring from Stone Mountain Georgia.”

“That’s how deeply rooted the racism spurring from the mountain is,” said Bates.

The carving was started in the early 1900s, but the first man who carved, Gutzon Borglum, eventually left the project to carve Mount Rushmore.

The second carver, Augustus Lukeman, began on the project in 1925 and removed what Borglum had created. The funds for the project ran out in 1928 with the Great Depression. The carving remained untouched for decades.

The state bought the park in 1958 and revived the carving project in the height of the Civil Rights movement. The carving was finished in 1972.

The sight of the figures hang heavily over Bates’ head. She said she hasn’t been to the mountain in years.

“My spirit was unsettled the first time I set foot there,” she said.

Tens of thousands of people have signed a Change.org petition to remove the figures from the mountain. Bates is working with local leaders through a task force to see that change realized.

“It’s not like a statue,” he said. “You can’t move it, so it would present a unique problem to remove it, environmentally and financially, so the park is trying to do a better job of telling a better story that’s all-inclusive,” he said.

They have not released plans of what that would look like yet, but Bankhead said it is in the works.

“The best thing for them to do would be to remove the Confederate generals and replace them with civil rights leaders,” said Bates. “We are in the birthplace of civil rights."

The monument and the park are protected by state law, so for any changes to be made, the state would have to sign off. Bates and Bankhead said they are committed to re-writing the story of this mountain to have a more inclusive future.