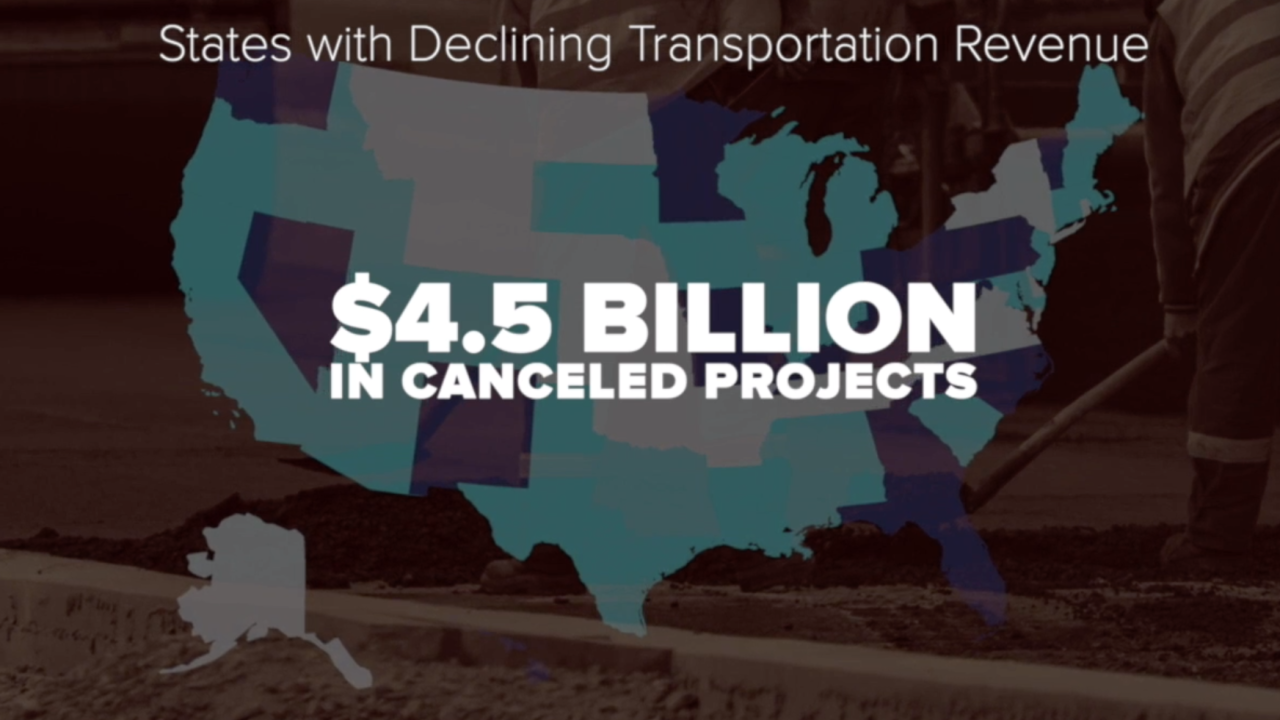 There is a good chance this pandemic is having you go to the gas station less often.

Fewer trips to the store, after all, means fewer fill-ups.

While that may be good for your wallet, it's bad news for governments who rely on gas taxes to fund transportation construction projects.

For every gallon of gas you buy, 18 cents goes to the federal government and the Highway Trust Fund.

That money is then used to pay for transportation projects around the country.

Additionally, each state imposes their own gas tax which can range from 14 cents to 57 cents per gallon of fuel.

States use that money to fund transportation projects of their own.

Simple economics suggest that when Americans drive less, there will be a loss in revenue for states.

States are also losing money with sales taxes, tolls and DMV registrations, which is making a problem even worse.

"The state is collecting less of that money," Alison Black, Chief Economist with the American Road & Transportation Builders Association, said.

Black's organization has been tracking which states are cutting projects.

There are 19 local governments and authorities that have announced project delays or cancellations, totally more than $4.54 billion.

Ten states or local areas have vetoed, canceled, or postponed legislative initiatives or ballot measures related to transportation funding because of the pandemic. This includes several major initiatives in California's self-help counties.

Many states are lobbying for Congress for a bailout, but that is far from certain.

While President Donald Trump, this week, did cut environmental regulations to speed up infrastructure projects, his announcement doesn't address the funding gap.