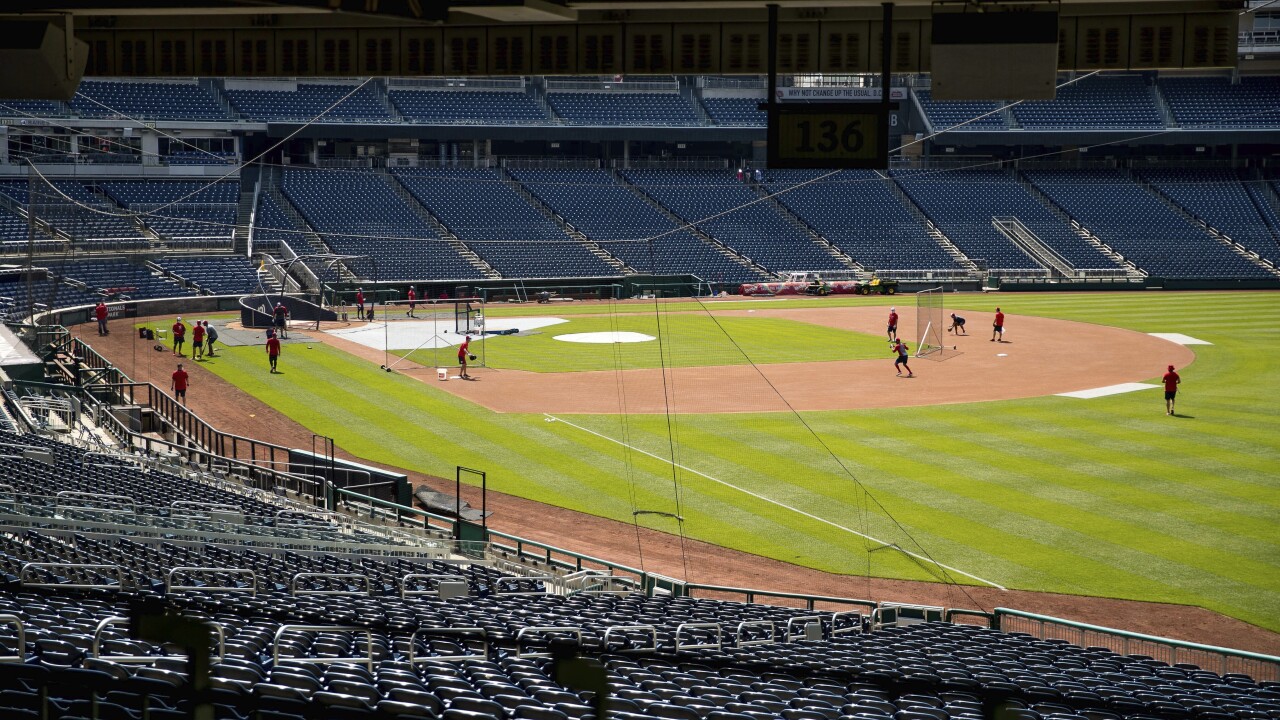 MLB and the MLBPA jointly announced on Friday that 31 players tested positive for COVID-19 this week amid the first round of tests as players resume training ahead of this year’s shortened season.

Teams began working out this week at ballparks across the US as the coronavirus-shortened season is slated to get underway in three weeks. As part of MLB’s plan to resume, players and support staff will be frequently tested for the virus.

But MLB is unique insofar that other major team sports in the US are planning on resuming play in hub cities instead of traveling from city to city. Both the MLS and NBA will play out of Orlando, Florida, while the NHL will resume in the near future at two yet-to-be determined hubs..

All told, MLB said it conducted 3,185 samples, with 1.2% coming back positive. In addition to 31 players testing positive, seven staff members also had a positive COVID-19 result.