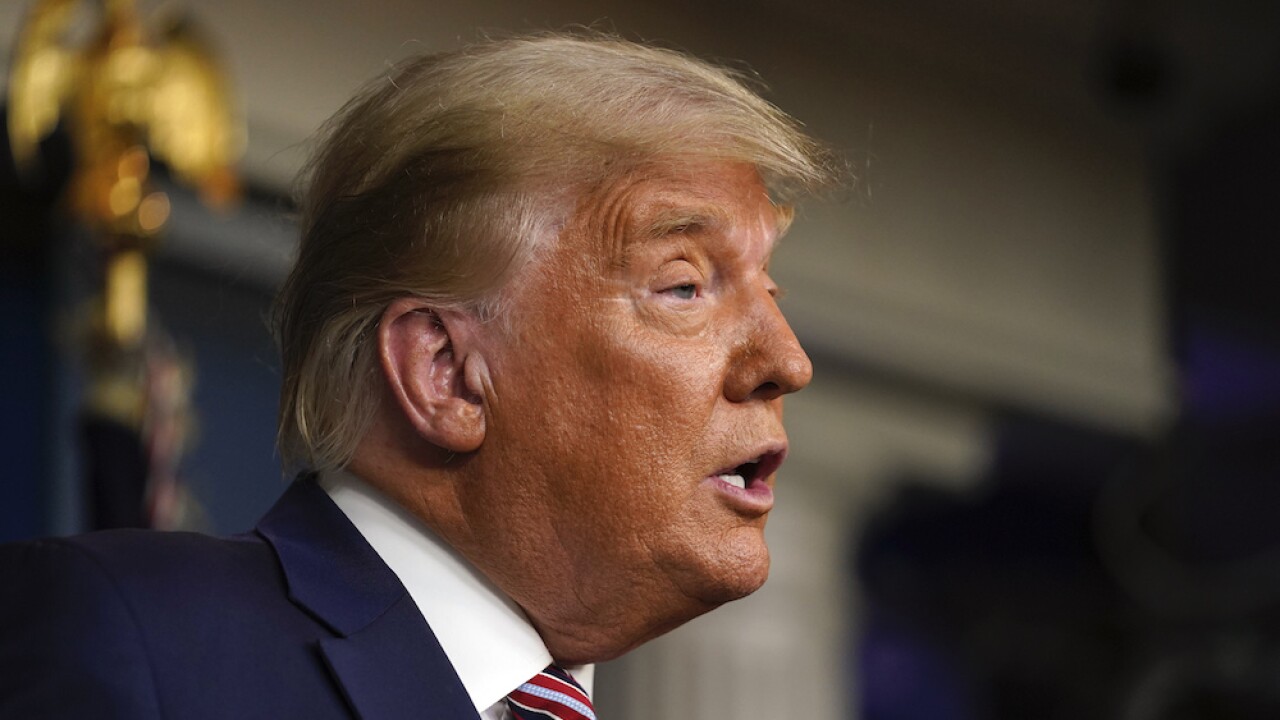 At a White House news conference on Friday, leaders of Operation Warp Speed said that two coronavirus vaccines could receive emergency use authorization from the FDA in the coming weeks.

In addition, Dr. Moncef Slaoui, who is the scientific head of Operation Warp Speed, projected that up to 20 million coronavirus vaccines could be shipped by the end of the year.

"If approved, they could be used for immunization in the U.S. population in the month of December," Slaoui said. "And we plan to have enough vaccine doses available for use in the U.S. population to immunize about 20 million individuals in the month of December, and another 25 to 30 million per month on an ongoing basis thereon."

Given that doses of the two vaccines come in two doses, it could take many months and be well into 2021 before the majority of the American population is vaccinated against the coronavirus.

The update came as the virus spreads throughout the country at an alarming and uncontrolled rate. At least 100,000 Americans are confirmed to have contracted the virus every day for the last 10 days, culminating in a record-shattering 153,000 cases on Thursday. Hospitalizations linked to the virus have reached all-time highs since the pandemic began, and deaths linked to the virus are beginning to tick up as well.

The update also comes days after Pfizer announced that its vaccine candidate has been 90% effective in Phase 3 trials. The company says it is on track to apply for Emergency Use Status by the end of the month, meaning that some Americans could receive the vaccine before the year's end.

New York Gov. Andrew Cuomo, who said his state would independently review vaccine candidates before authorizing distribution to the state, was a frequent target during Friday’s news briefing.

“Vaccines will be allocated pro rata by population so we ensure fair and equitable across. We need the states who are part of the planning to accept the vaccine,” saidArmy General Gustave F. Perna, who is overseeing logistics and distribution for Operation Warp Speed. “We are working closely along with the CDC, the jurisdictions and states to ensure vaccine can safely and quickly get to those who need it first.”

Trump blasted Cuomo for utilizing an independent review process separate from the FDA.

"We won't be delivering it to New York until we have authorization to do so," Trump said. "That pains me to say that. This is a very successful, amazing vaccine that 90% or more. The governor, Gov. Cuomo will have to let us know when he's ready for it. Otherwise, we can't be delivering it to a state that won't be giving it to its people immediately. I know the people of New York very well, I know they want it. The governor will let us know when he's ready."

Pfizer said it expects to have 50 million doses of its vaccine ready for global distribution by the end of 2020, and 1 billion doses globally by the end of 2021. That's why other vaccines are also being looked in hopes of getting as many Americans vaccinated as soon as possible.

Trump and others on Operation Warp Speed confirmed that health care workers and the elderly would be first to receive doses of the vaccine. Dr. Anthony Fauci, the Trump administration's top infectious disease expert, predicted earlier this week that the vaccine would be widely available in April.

Previously, Trump had suggested that a vaccine would have been approved in October and widely available by the start of 2021. Project Warp Speed leaders, however, credited the federal government's response to the virus even if the vaccine has not been distributed as quickly as previously suggested.

Trump has appeared on camera just once in the last week — a Veteran's Day appearance at Arlington National Cemetery at which he did not speak.

Trump's extended media blackout is out of step with the first four years of his administration. Trump has rarely shied away from speaking with reporters, as he often makes himself available for on-camera interviews with the White House press pool on the front lawn and has taken to calling friendly media outlets for phone interviews.

However, since last Thursday, Trump has only delivered statements through his Twitter account, where he has continued to spread misinformation about the 2020 election. In the past week, Twitter has taken action on about 50 of Trump's tweets or retweets — be it adding a link to more information, adding a fact check or hiding the tweet from timelines completely.