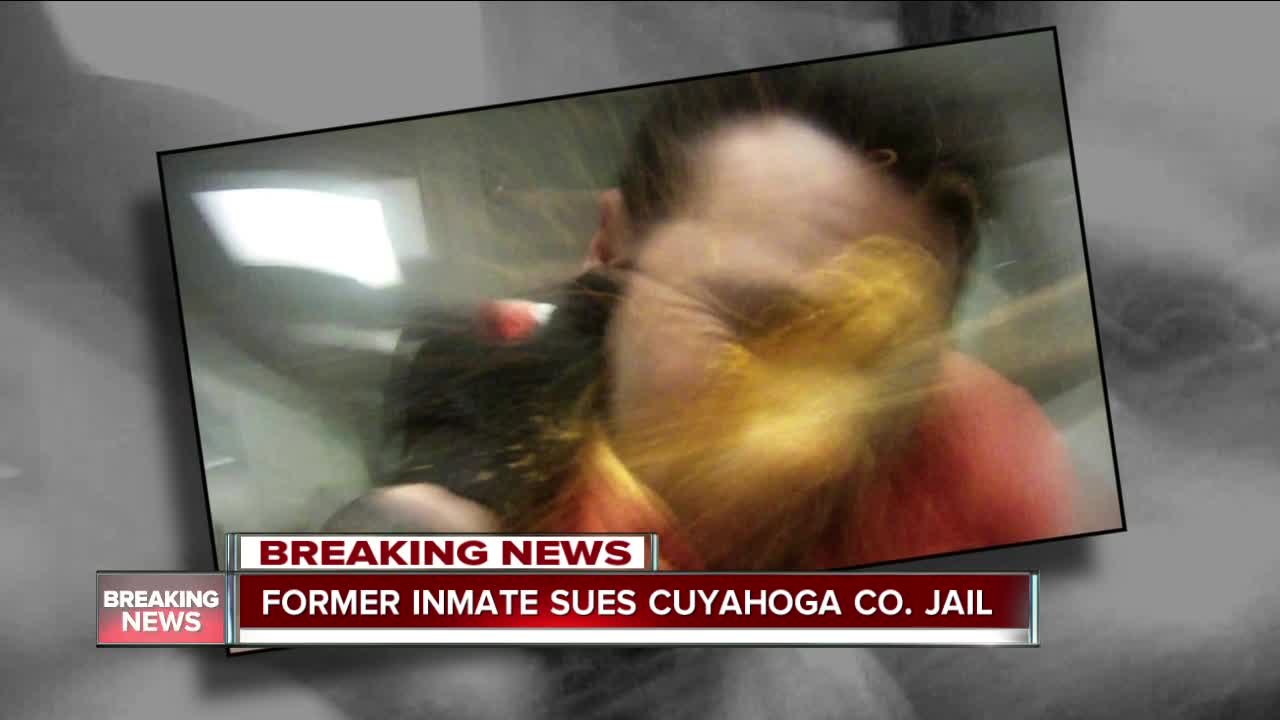 A former inmate at the Cuyahoga County Jail has filed a lawsuit against the county alleging that he was tortured by guards while he was incarcerated there in November 2017. 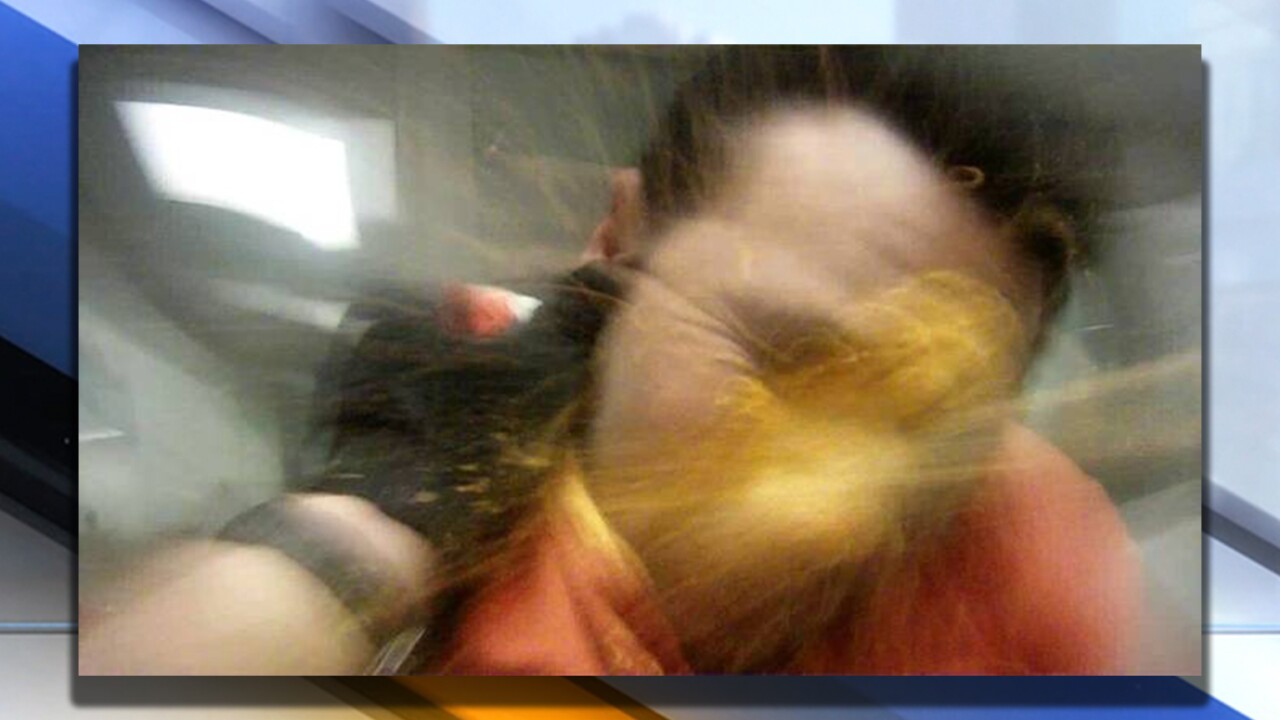 CLEVELAND — A former inmate at the Cuyahoga County Jail in Ohio has filed a lawsuit against the county alleging that he was tortured by guards while he was incarcerated there in November 2017.

The complaint was filed Tuesday by Chariell Glaze's legal team at the Chandra Law Firm.

According to the lawsuit, Glaze's civil rights were violated during "an act of torture perpetrated by two corrections officers who pepper-sprayed, restrained and physically abused" him.

The complaint alleges that the county coddles officers who "perpetrate sadistic violent acts against the people in their custody."

Glaze's legal counsel states that on Nov. 27, 2017, their client was scheduled for release. On that day, Glaze asked a guard to check on his release paperwork. The guard told him that his shift was nearing its end, but he would pass the message on to the next officer coming on shift.

At that time, inmates in Glaze's pod were released from being red-zoned (a lockdown procedure that kept inmates in their cells for nearly a day at a time due to low jail staffing) and they were able to leave their cells for the first time that day. The complaint states that Glaze asked another officer who just came on shift to reach out to the booking department regarding his release. The guard told him he already got the message from the previous jailer and that he would reach out to the booking department.

Following that conversation, the complaint states, Glaze's pod was red-zoned again. During that time, Glaze was forced to stay in a cell with one other inmate, sleep on the floor and eat his meal next to the toilet.

Glaze asked the guard again to reach out to the booking department since he thought his release would be postponed due to being under lockdown, the lawsuit states, but the guard dismissed his request.

Glaze then asked the guard to contact a ranking officer. According to jail policy, a guard must do so when it is requested by an inmate, the complaint states.

When the corporal arrived, Glaze showed him paperwork that had his release date on it, but the guard "did not attempt to resolve the situation peacefully," according to the complaint. Furthermore, it alleges that the corporal grabbed Glaze by the collar and shot pepper spray foam in his face at a close range.

According to the lawsuit, a snippet of body camera footage of the incident shows the guard's hand holding Glaze's shirt collar while he uses the spray foam with the other.

After the pepper spray incident, guards took Glaze out into a hallway and "intentionally" walked him into a metal door resulting in a broken tooth and cuts to his mouth, the lawsuit alleges.

Next, a guard called members of the jail's Special Response Team, who inmates refer to as the "Men in Black" for their black paramilitary uniforms, by radioing that a guard had been assaulted.

Upon arriving, SRT officers strapped Glaze in a restraint chair. According to the complaint, the straps were so tight that they left marks on his body hours after being released from the chair.

Glaze's attorneys allege that while strapped in the chair, guards taunted and ridiculed him. They also state in the complaint that a guard was given soap and water to wash pepper foam off himself but none was given to Glaze for proper decontamination.

The guards then left Glaze in the restraint chair for several hours, during which time Glaze asked for permission to go to the restroom but was refused. Eventually, Glaze urinated on himself and was left to sit in the chair soaked in pepper foam and his own urine, the complaint alleges.

Glaze was then placed in disciplinary isolation where he was left for three days. During that time, the complaint states, Glaze was given spoiled milk and foul-smelling oatmeal as part of his meals.

Glaze was released from jail more than a week later.

According to Glaze's attorneys, he now has symptoms of post-traumatic stress disorder since the incident in the jail.

The law firm representing Glaze said it has reached out to the county through public records requests of security camera footage that would have captured the incident, but was only given a portion of a video showing the initial deployment of pepper spray, and that video was abruptly cut off. Glaze's attorneys allege that the county has tampered with or altered footage of the attack.

The corporal who perpetrated the attack was later promoted to sergeant despite being reprimanded for racist comments, Glaze's attorney's state.

WEWS did not name the guard mentioned in this article since they have not been charged with a crime.

WEWS has reached out to Cuyahoga County about the incident but has not received a response.

To read news and updates about the many problems at the troubled Cuyahoga County Jail, including abuse, suicides, lawsuits, accidental releases and leadership issues, click here.

This story was originally published by Drew Scofield on WEWS.