Company hopes to make space vacations a reality in near future 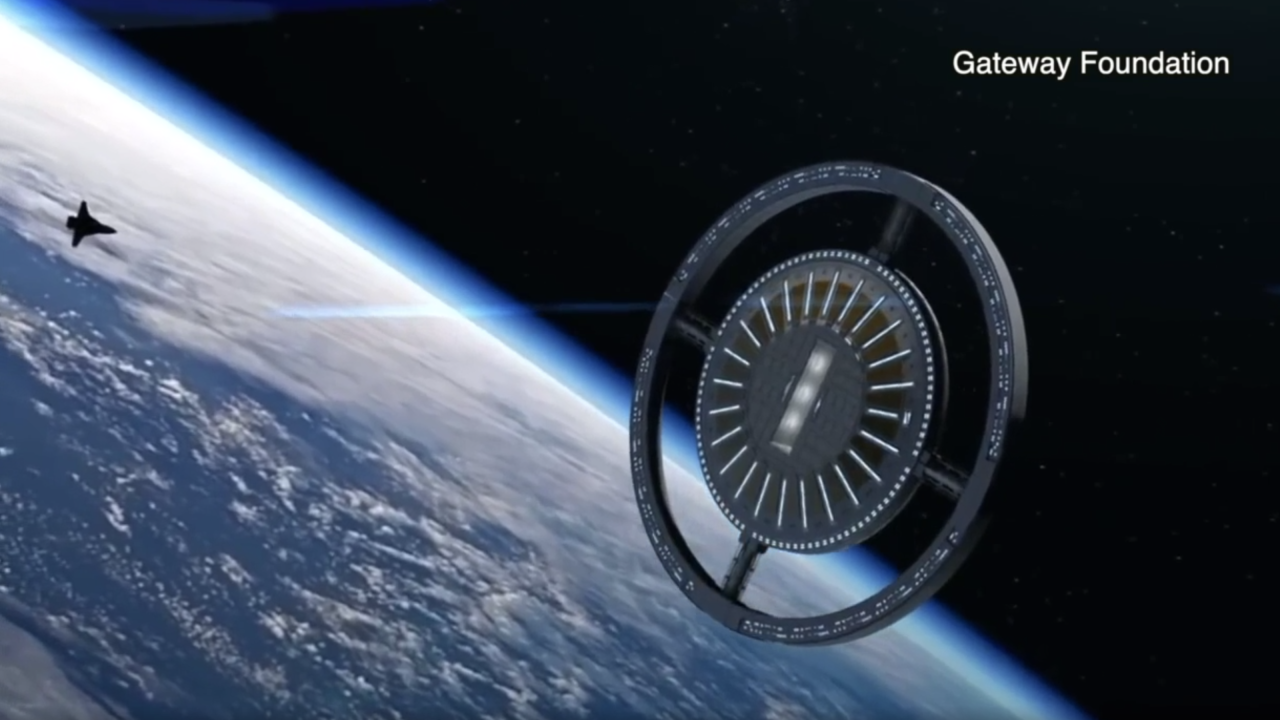 SACRAMENTO, Cali. – If you’ve ever wanted to experience life beyond the Earth’s atmosphere, you may get the chance in six years.

A company has a goal to make space vacations a reality by 2025. Right now, The Gateway Foundation is developing the very first space hotel with artificial gravity.

“So the Von Braun Space Station is going to be the first commercial space station with artificial gravity,” said Tim Alatorre, a senior design architect with the company.

The Von Braun Rotating Space Station will basically be a space hotel for customers.

“So, the station works like a bike tire, we’re going to have spokes coming out of the central hub. That’s where the spaceships will dock, zero gravity and then it rotates,” said Alatorre. “So, the rotation creates that artificial gravity on the perimeter – this is where people will be living on the outside edge.”

Although artificial gravity sounds like something out of science fiction, Alatorre says the science is sound. Designers will be using technology from the International Space Station.

“NASA built the space station with just a few tools, one of them is the mechanical arm that we often see in the videos,” said John Blinko, President of the Gateway Foundation. “It’s the arm that we want to adopt in our space construction and designs and schemes and so forth.”

But all of this depends on Elon Musk and SpaceX’s launch system.

“SpaceX is developing the Super Heavy and the Starship platform. Our projections are showing the price of tickets is going to get lower as time goes on. So for right now, it could be cost prohibitive for some, but in a few short years, it’s going to be a common thing people do. As soon as Starship is ready to launch and is orbital, we want to be one of the first customers to launch into orbit.”

In 2025, Alatorre says people will be able to vacation to space.

“So, the space station is going to be a big draw to people,” said Alatorre. “We’re going to have a hotel, restaurant, bar, gymnasium.”

But it’s more than that. The foundation says it’s the first step to advancing beyond the atmosphere.

“But big picture – we’re trying to build out a space industry,” said Alatorre. “We want to have multiple stations in space – space tourism going to the moon, going to Mars, going to other space stations. And just from a humanity standpoint, having hundreds of people being able to go up to space and look back on Earth and just know we are sharing this little blue marble. I think it’s going to have a profound impact on people.”