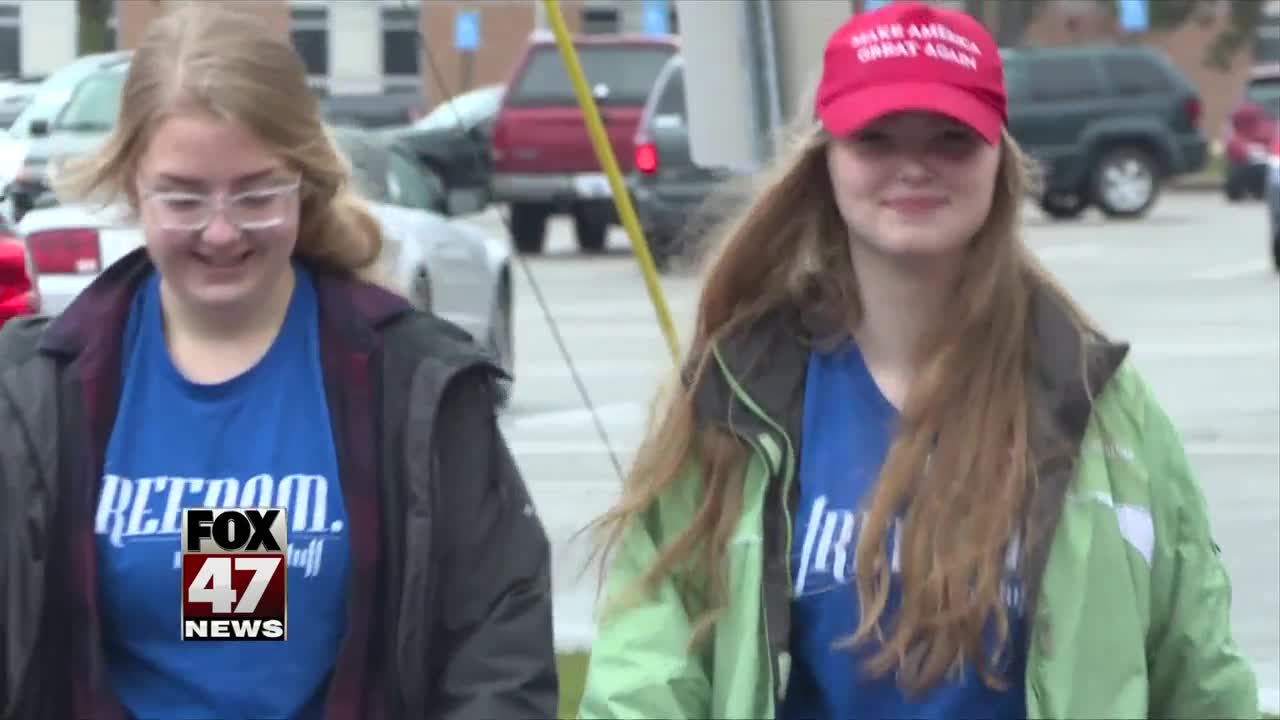 A Mason High School student turns to the police claiming that a teacher assaulted her during school hours because she supports President Trump. 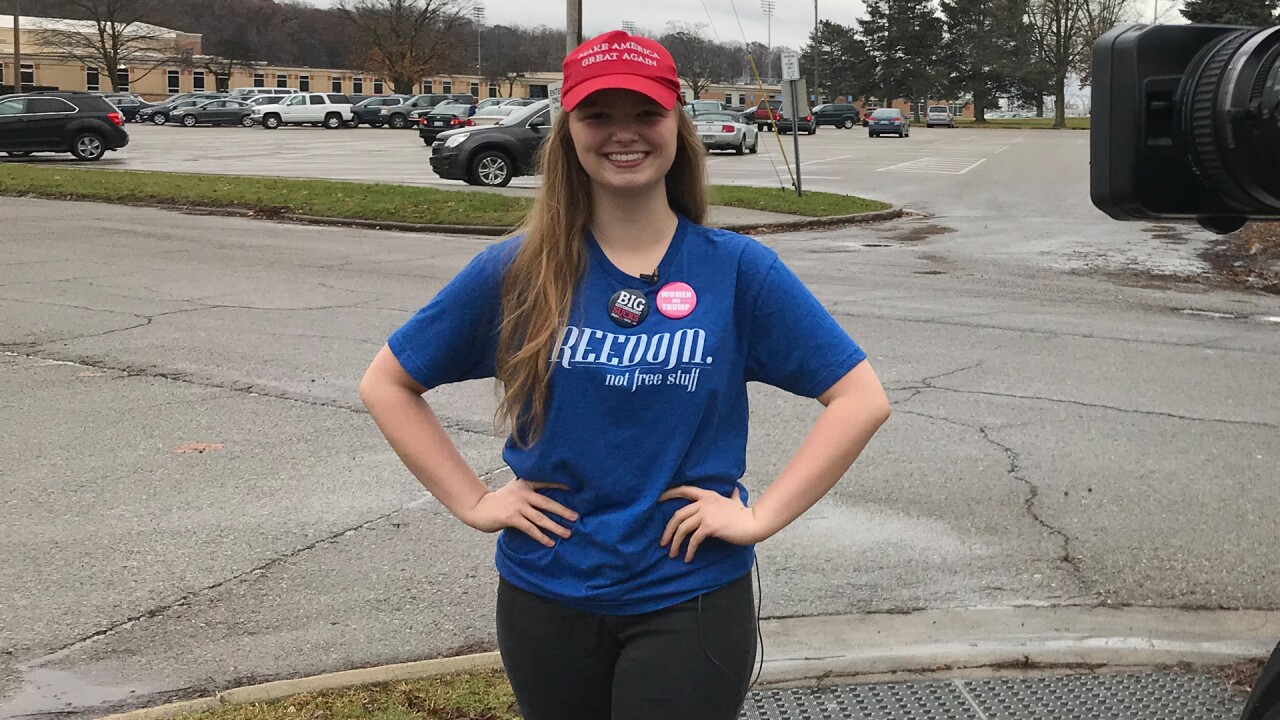 MASON, Mich. — A high school student says she filed a police report after she says her teacher forcibly removed a "Women for Trump" button that she was wearing.

Sadie Earegood, 16, claims a male teacher at Mason High School ripped the button off her shirt during an argument in class.

According to Earegood, the incident began when her teacher — who is not being identified because he has not been charged with a crime — told the high school junior that he didn't like the pin.

"I was just really shocked that a teacher would especially would do that," Earegood said. "He's talking about the Women for Trump pin and I said, that's fine you don't have to like it, we can have our opinions."

Earegood described a struggle between herself and the teacher where he tried to take the pin off her.

"He grabbed it and I pulled, and I tried to push his hand away, and he grabbed my shoulder," Earegood said. "Then he started pulling more and more and I just started backing up."

She said the teacher put the pin upside down on his shirt, and said that it belonged that way.

"Once we have a complete understanding of the situation, we will take appropriate action," he said.

Earegood's mother later filed a police report about the inicdent.

"He had no right to put his hands on my child over a pin or anything else. The first amendment gives everyone the right to express their freedom of speech," Capi Earegood said. "No one should get that upset about someone wearing a political pin.”

Mason Police Chief Don Hanson confirmed his department is looking into a report of an alleged assault on Dec. 5.

Earegood said that she won't be silenced and just wants people to know that she will continue to show her political views.

"I just want him to know that it's not okay to do that," she said. "I want this to be a learning experience for other teachers and I'm not going to stop wearing my political stuff."

This story was originally published by Rachel Sweet on WSYM in Lansing, Michigan.