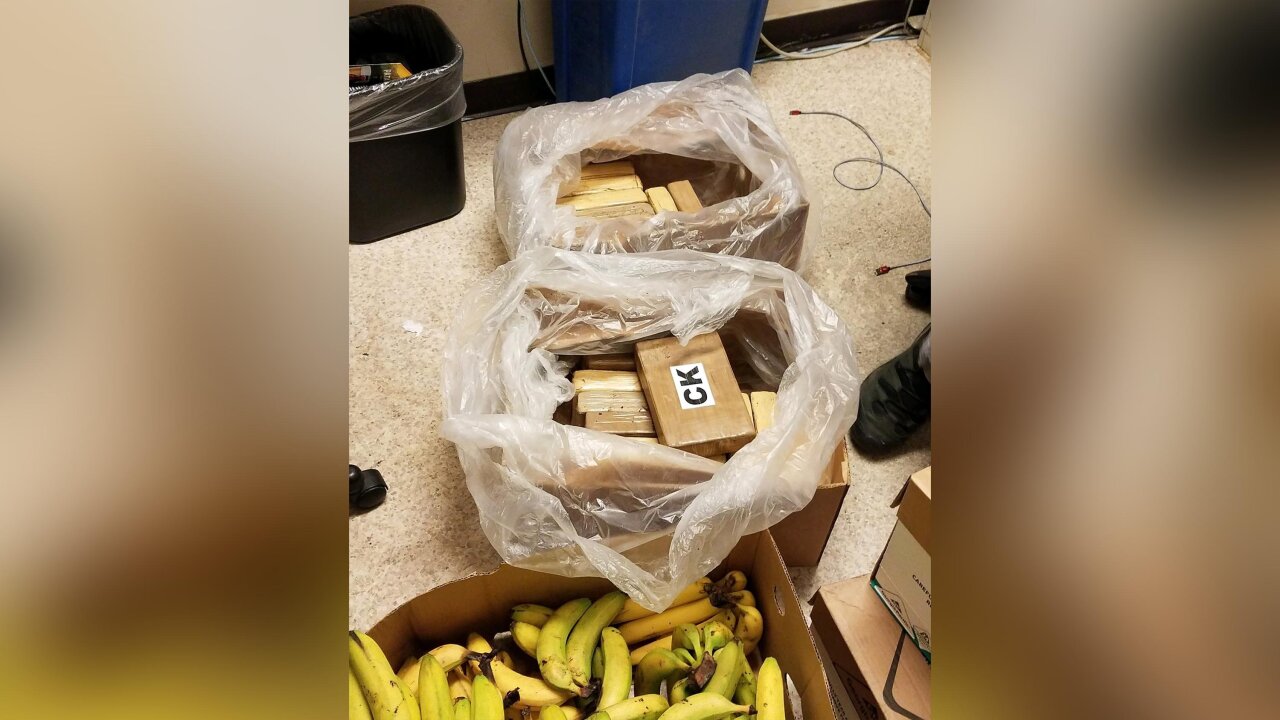 Authorities are trying to figure out how bricks of cocaine worth more than $1 million wound up in banana shipments delivered to three grocery stores in Washington state.

The drugs were found Sunday at Safeway stores in Woodinville, Bellingham and Federal Way.

Produce workers at the Woodinville store were putting the bananas out on the sales floor when they saw something strange, said Sgt. Ryan Abbott with the King County Sheriff's Office.

"One of the boxes had brown paper in it, which caught their attention and then they looked further and found these bricks," Abbott said. "They called the police and we went out there and it ended up being 22 kilos of cocaine with a street value of $550,000."

The cocaine was surrounded by ordinary boxes of bananas, which were stuck together for shipment, Abbott said.

"We're still trying to determine where it all came from. That's under investigation. We do know it was all shipped from a central warehouse, but we don't know where it originated yet, so that's a work in progress," he said.

Bellingham Police Lt. Claudia Murphy told CNN affiliate KOMO that 23 kilograms (50.7 pounds) of cocaine were found hidden in a box of bananas at a Bellingham Safeway.

"I know that Safeway has been great and they went through every single box in their warehouse and all of their stores just to make sure there's no other issues," Abbott said.

He said he's never heard of anything like this happening -- especially not at three stores on the same day.

It's not the first time bananas have been used to smuggle cocaine.

In April, German authorities found hundreds of kilograms of cocaine, worth around €25 million ($28 million), that had been shipped to Aldi stores.

Last year Texas authorities discovered $18 million worth of cocaine hidden in bananas that had been donated to the Texas Department of Corrections.