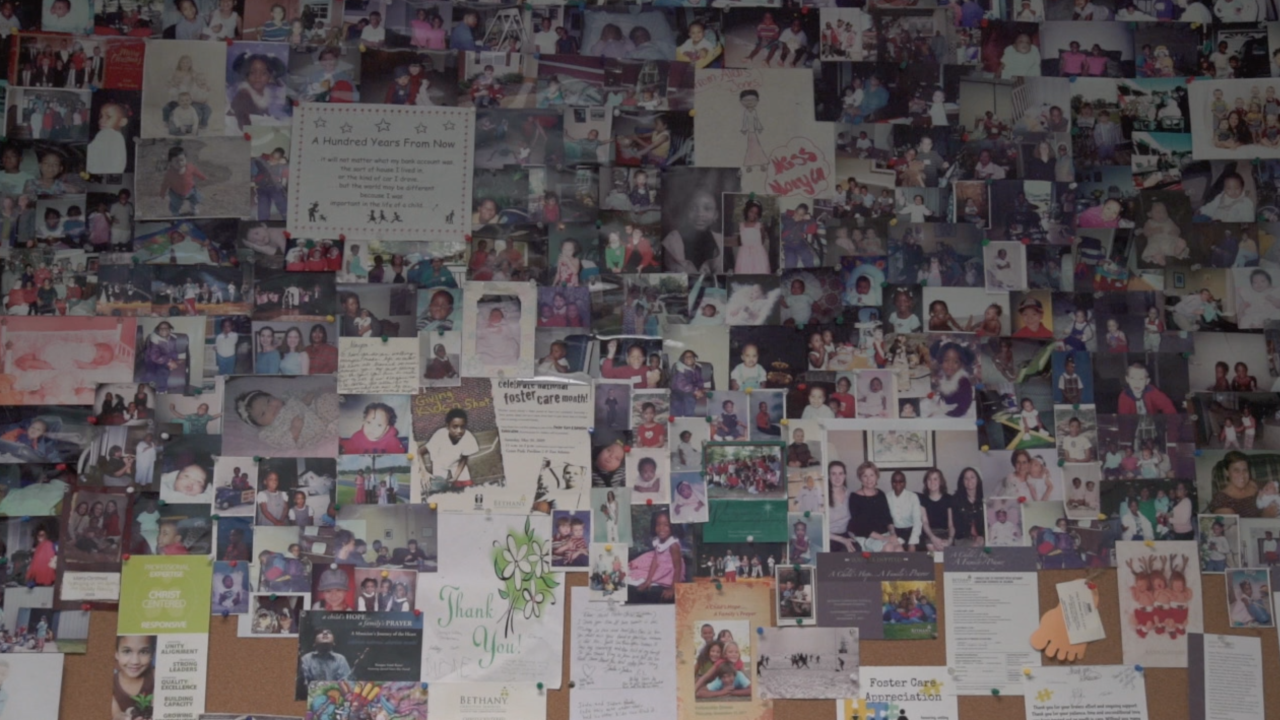 Siblings Mark and Lexy spent four years in foster care, but that all changed when they came to stay with Tom and Debra Crittenden. Now, the Georgia family has been together for two years.

However, an adoption story like this one is not very common. Most people want to adopt babies, and at the ages of 15 and 17, Mark and Lexy almost aged out of the foster care system.

Kimberly Offutt is the National Foster Care Adoption Director with Bethany Christian Services. She says the doors to the foster care system close to children once they reach the age of 18 leaving them in a very vulnerable position.

“More than 10 percent of the kids who age out of foster care haven’t even graduated from high school," Offutt said. "Within two to three years, those children could end up homeless, incarcerated, where another system is now raised in them. Seven out of 10 of the young women actually have children that end up back in the foster care system."

According to the U.S. Department of Health and Human Services, the longer a child is in foster care, the less likely they are to leave it before turning 18.

“Our teenagers recognize that the clock is literally ticking. Every birthday is not a celebration. It is another year that they recognize, ‘if I don’t find a forever family, what’s going to happen to me,’” Offutt said.

“It’s just such a shame because it’s such a hindrance for these kids who age out of the system and don’t have that support network. Not just to get them through high school and college or whatever, but for the rest of their life,” Tom Crittenden said.

The Crittendens say they understand people’s hesitation to adopt a teenager, but they believe you can still have a large impact on their lives.

Thankfully, Mark and Lexy were able to stay together in their adoptive family.

“Without siblings, ya know, we couldn’t really have that much fun. Because your parents are older than you, so having a close sibling is good,” Mark said.

They’ve been given a new start with a new family. Debra says she loves introducing the kids to new experiences they’ve never had before.

“We’ve taken them on trips. We were with them the first time they ever got on an airplane. We took them over to see the Grand Canyon and Sedona and ended up in Vegas," Debra Crittenden said. "And then, we took them out of the country to see the Caribbean about a month ago. So that’s fun, watching them experience new things that they wouldn’t have had access to."

Mark and Lexy say they’d like to see other foster kids have the same opportunity.

“To find someone that actually cares for them. To let them know that they are loved,” Mark said.

There are 125,000 foster kids still waiting to be adopted.