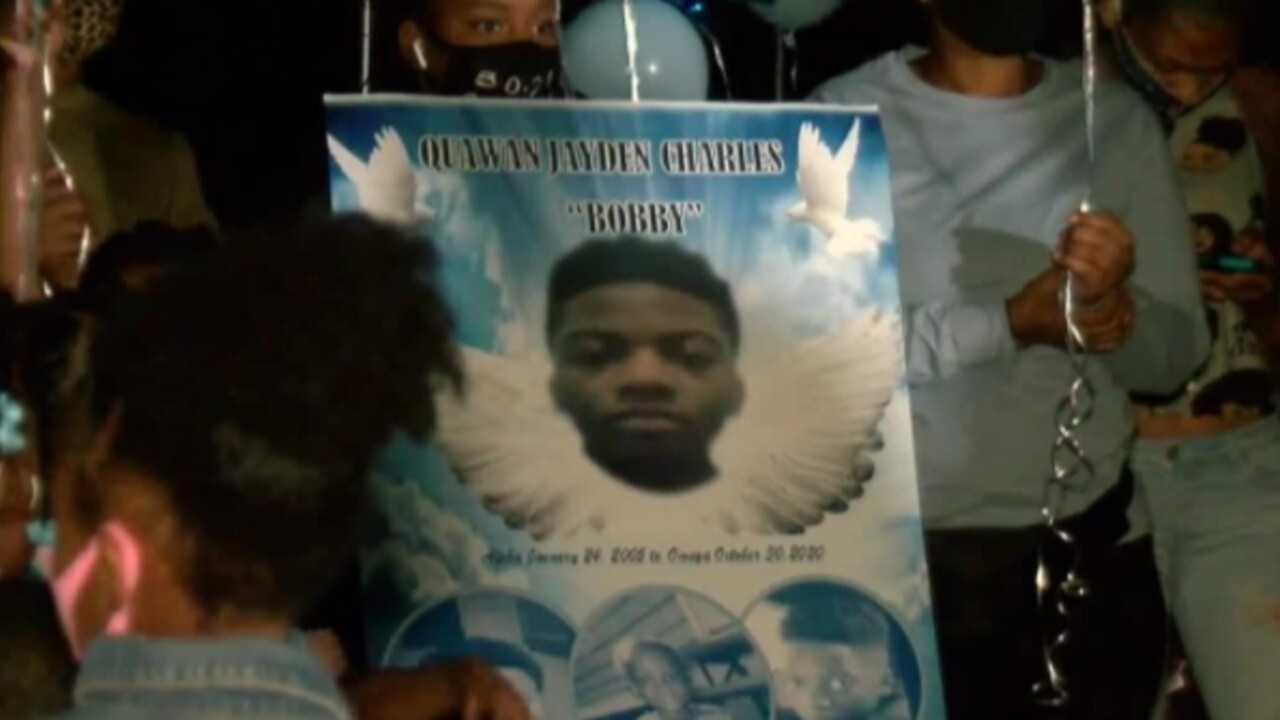 BALDWIN, La. — New details are emerging as law enforcement investigates the death of a 15-year-old boy who died under suspicious circumstances in Louisiana.

KATC obtained police reports from Oct. 30 when the teen, Quawan “Bobby” Charles, was reported missing from his home in Baldwin and was found dead four days later near Loreauville.

Records show that Charles’ mother contacted the St. Mary Parish Sheriff’s Office around 8:10 p.m. on Oct. 30 to report that her son was missing. The mother stated that her son did not come home and had on a West St. Mary High School jacket.

SMPSO then dispatched an officer with the Baldwin Police Department to the 600 block of MLK Street in Baldwin.

At 8:45 p.m., BPD spoke with Charles’ father and mother who said that he was last seen at around 4 p.m. Police then entered Charles’ name into the National Crime Information Center, which is a nationwide database used by law enforcement to locate missing persons, as a missing juvenile.

According to a police report from BPD, Charles’ mother said that she was not present at the time that he went missing because he was staying with his father because the two did not live together. Charles had only recently been allowed to stay with his father for the two weeks prior to his disappearance.

Charles’ father told police that he went to the store around 4 p.m., but after returning a few minutes later, he attempted to knock on the door to Charles’ room several times without a response.

The father told police that he then used a tool to gain entry into the room and discovered the teen was missing.

Both parents told police that Charles had not been a problem at home but had been placed on a curfew by the 16th Judicial District Court because of disciplinary problems at school.

The parents told police that Charles did not have any friends and had never left home before without them knowing about it.

The police state in the report that there was a football game taking place at West St. Mary High School in Baldwin as well as an event called Boo on the Bayou in Franklin. Charles’ father told police he would begin searching those areas. However, he later contacted SMPSO and said he was not able to locate Charles’ at either location.

This is when police entered Charles’ name into the NCIC database as a missing juvenile while being on the lookout for him.

Charles’ mother then told police that she would be heading back to her home in Youngsville to check and see if he had returned there.

Charles was found dead four days later on Nov. 4 in a rural area off Ed Broussard Road near Loreauville. Since then, some family members are claiming Charles was murdered, and believe police ignored their initial cries for help.

The family tells KATC they were told by investigators that Bobby drowned, but that they don't believe that. They cite a graphic photo of his body circulating online.

Family members also say Charles left his home with a 17-year-old friend and the teen's mother without permission.

Several dozen people, including Bobby's family, people from the community, and an organization called Stand Black, gathered on the courthouse steps Wednesday evening. They're demanding a thorough investigation of the case.

The Iberia Parish Sheriff's Office is handling the investigation. Deputies have not said if Charles was killed. IPSO says it's being investigated under suspicious circumstances. Deputies have interviewed several people in connection with the case and collected physical evidence, but so far no arrest has been made.

This story was originally published by staff at KATC.