Woman's unique scholarship looks at potential instead of GPA

Unique scholarship looks at potential instead of GPA 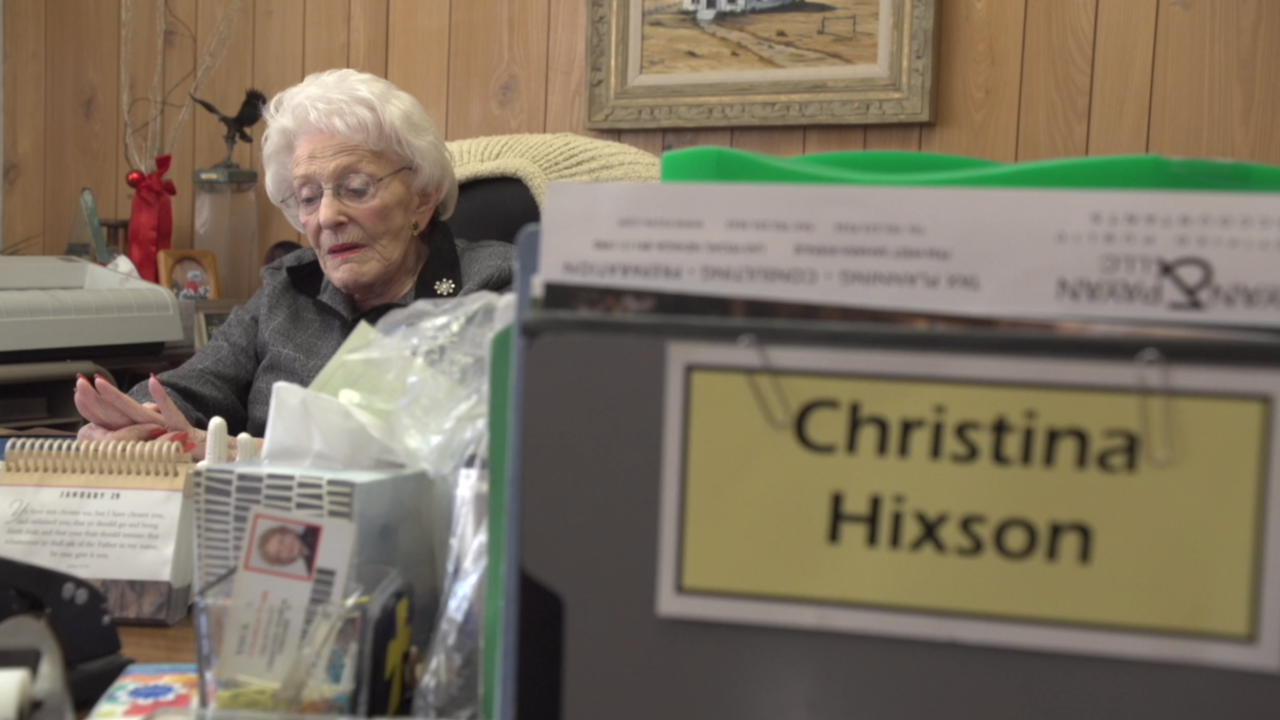 LAS VEGAS – Over the last 25 years, a Las Vegas woman has become a beacon of hope for midwestern kids with dreams of going to college.

Christina Hixson’s scholarship sets aside class ranks and GPAs. Instead, it looks for students who exhibit resilience, potential and pure grit.

Family photographs line Hixson's Vegas office. Although she has no children and she never married, hundreds of young people look to the sharp 92-year-old with love, admiration and gratitude.

"I don't have a lot of money anymore, but I still give away," said Hixson.

In 1995, she established an educational fund for Iowa high school students, awarding one-half college tuition scholarships to one student in each of the 99 counties in the state.

"We do not look for the honor students,” said Hixson. “We're looking for ordinary people to make their lives better."

The fund is geared toward those who face extraordinary hardships with courage and fortitude, offering them a chance to study at Iowa State University in Ames.

"She's looking for the student who's had to work their way through high school and isn't a star student," said Allison Severson, Director of the Hixson Award Program at ISU.

"I was a terrible student in high school,” said Fisher. “I got really bad grades. I never did my homework because I just didn't care."

Once homeless, Fisher broke away from a household that discouraged education. Next semester, she’ll be the first in her family to graduate college and not with just one degree, but two.

"I got the scholarship and it just kind of gave me the opportunity to actually go," said Hixson.

"That was really difficult to go through so I just had to keep reminding myself you know keep going, you have college ahead of you, like you can totally change your life after this."

Perhaps most interesting is that Hixson inherited the seed money for the foundation from her boss, businessman and philanthropist Ernst F. Lied. He died without heirs or instructions on what she was to do with the money.

"I hope he would be pleased with what we've done," said Hixson.

A small box of notecards helps keep track of just how much money she's donated to a handful of colleges and universities.

Hixson says faith in what these students will do with their gifts is why they were chosen.

"Extraordinary things are done by ordinary people given a chance,” said Hixson.