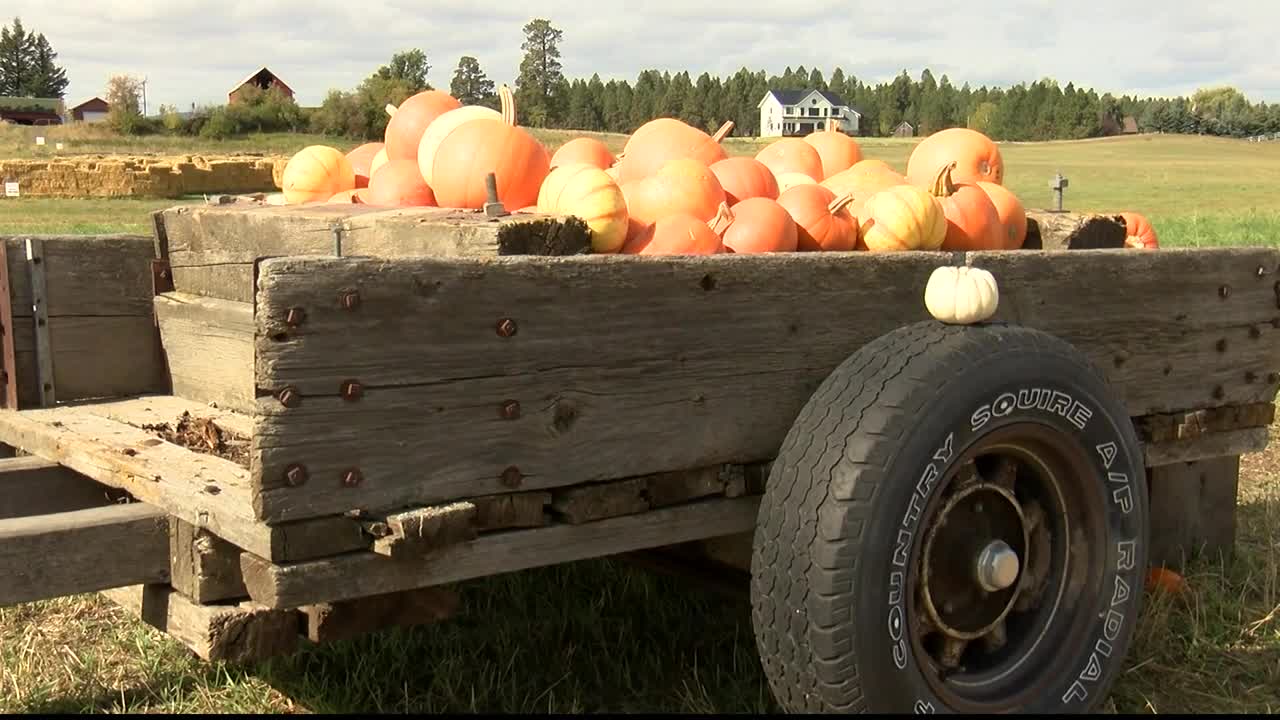 KALISPELL — Thanks to the abrupt cold and snow storms Northwest Montana experienced Saturday and Sunday, there’s been a noticeable effect on pumpkin growth.

Megan Lester, the owner and operator of Whitefish Stage Organic Farms, has been farming the property for the last five years.

Four years ago, she decided to open the farm up for the public and created a maze and other fun attractions located at 2288 Whitefish Stage Road in Kalispell.

Pumpkin picking is a favorite activity for many that come to the farm. So, this year Lester tried a different pumpkin growing technique.

"Usually we just transplant them out in just dirt, this year I experimented and did black plastic bed row, that I do with the tractor and just black plastic which is good for heating up the soil. I wanted to see if they maybe grew a little bit bigger," explained Lester.

"The lack of warmth this summer and the rain, it just kind of slows down the growth,” Lester said. “And I notice with the Jack O' Lanterns, they weren't as near as big as I'd hoped."

Along with the smaller gourds, some of the pumpkins were also damaged from the weekend’s cold weather, "walking out in the field earlier, there are a couple pumpkins that have rotted,” Lester said.

Lester also had to shut down the farm’s corn maze due to the weather.

"Usually, if it's drizzling a little bit, people will still come out and play,” Lester said. “But, if it's 30 mile an hour winds and snowing people usually don't want to come out with their kids."

As long as night time temperatures stay above 25 degrees, Lester says the pumpkins should continue to grow at a normal rate.

Even with the recent weather, Whitefish Stage Organic Farms has opened again and is resuming its normal business hours.