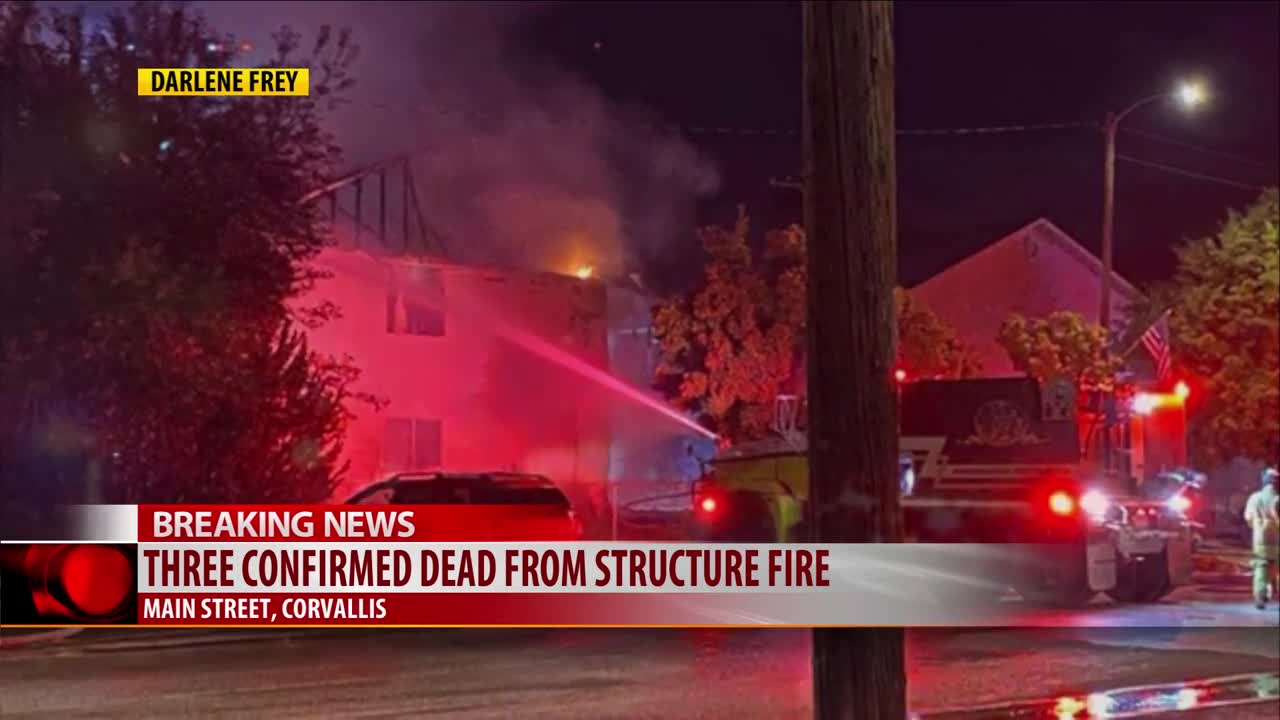 3 people died early this morning in an apartment complex fire on Main Street in Corvallis. 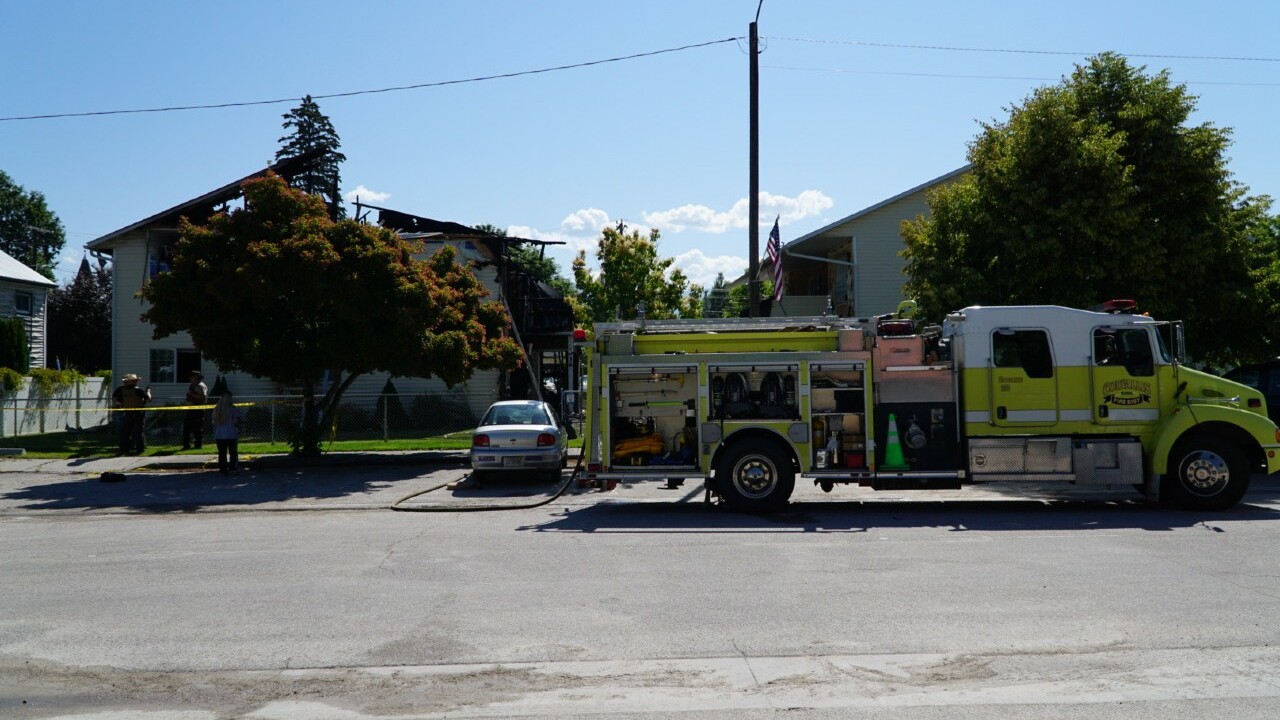 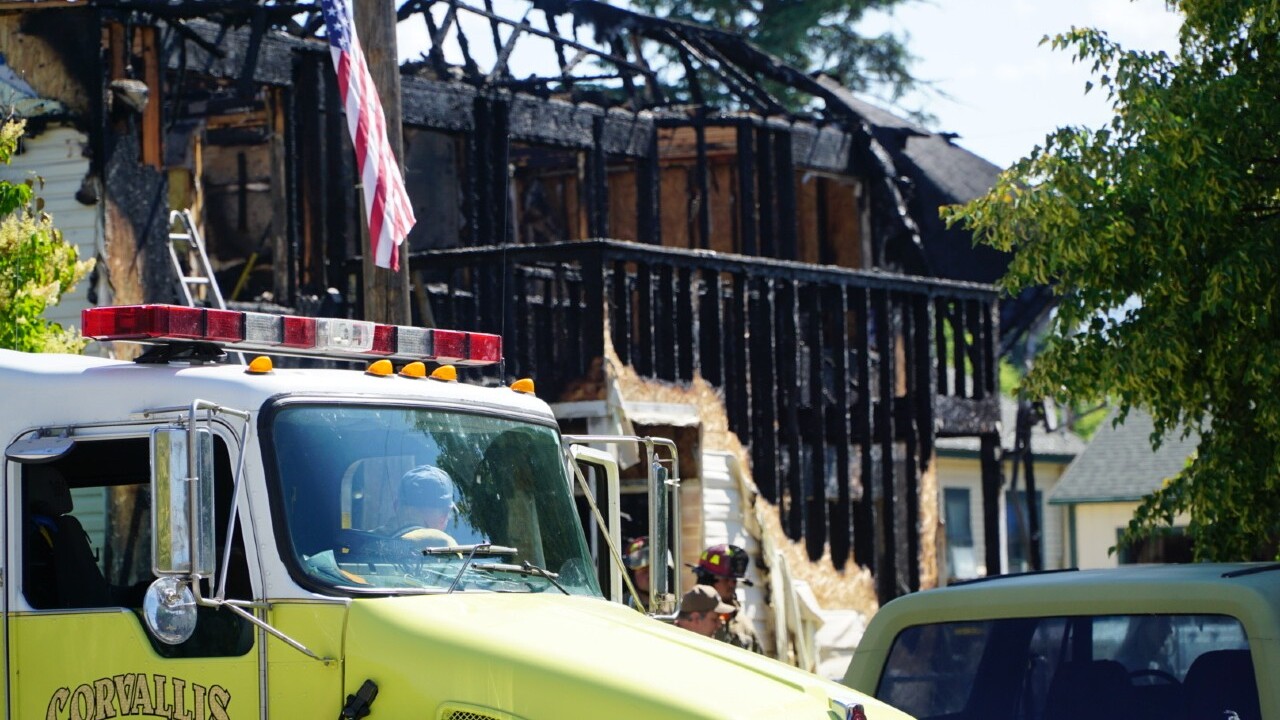 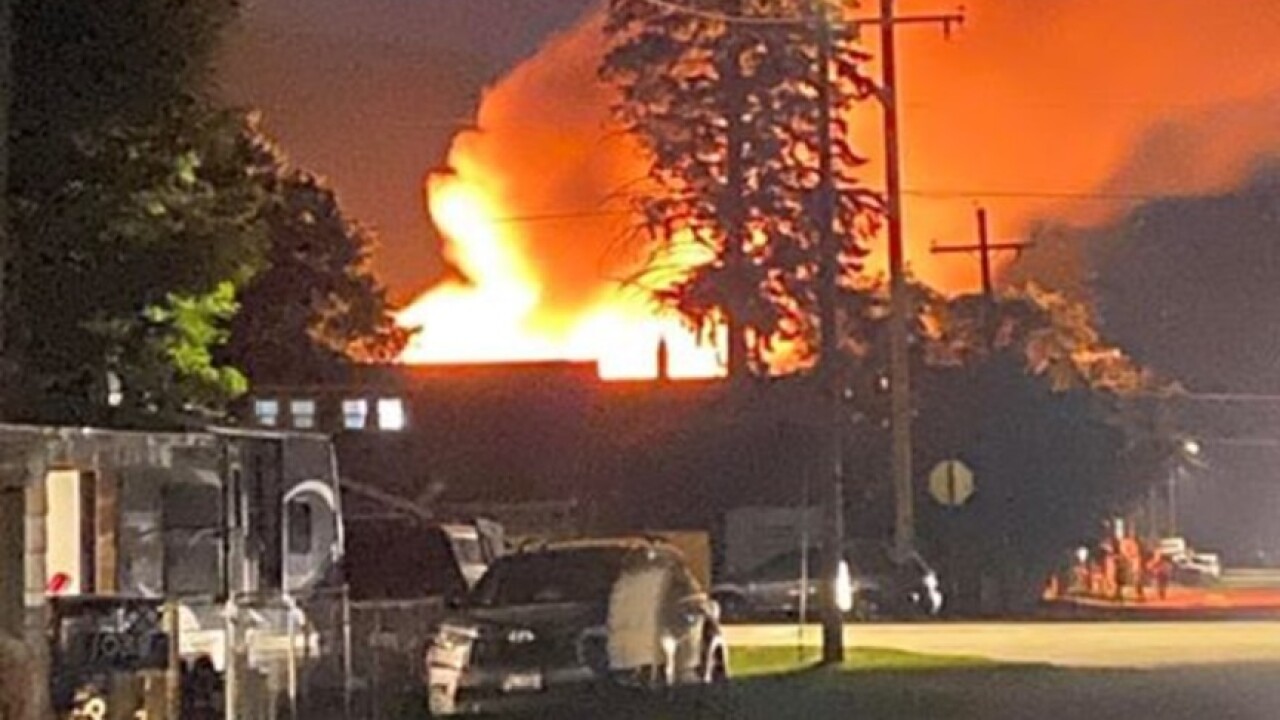 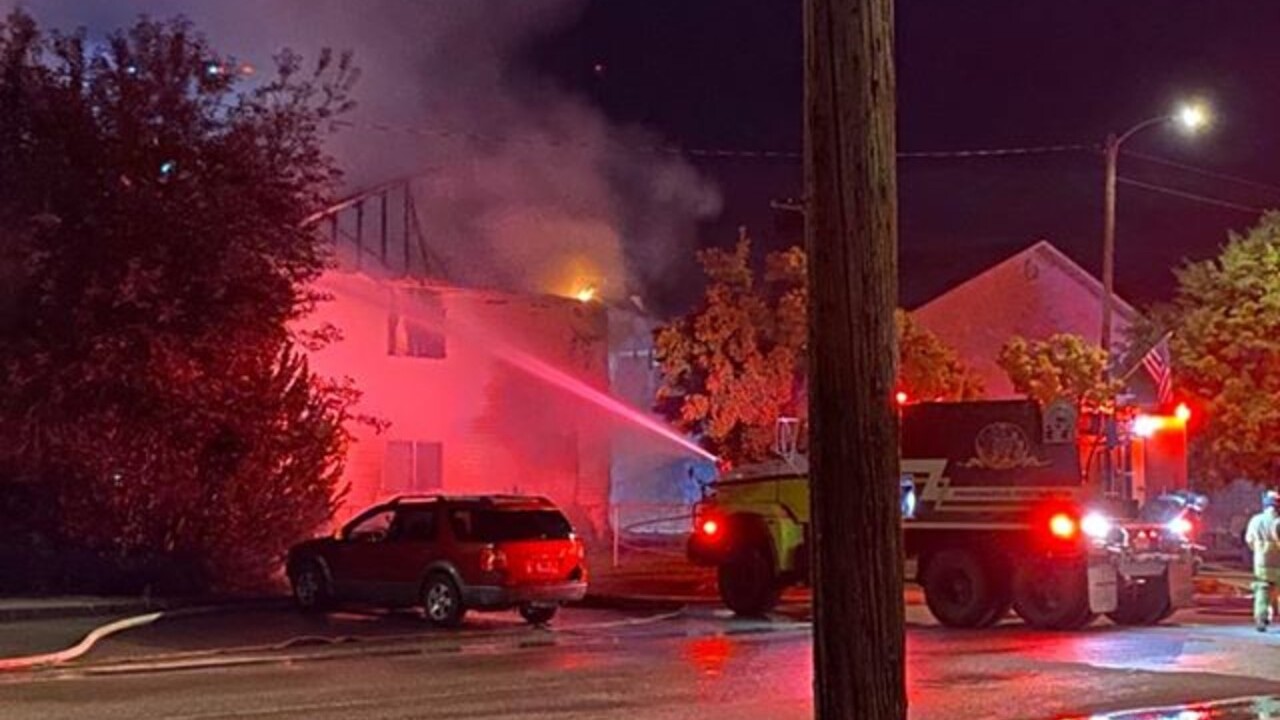 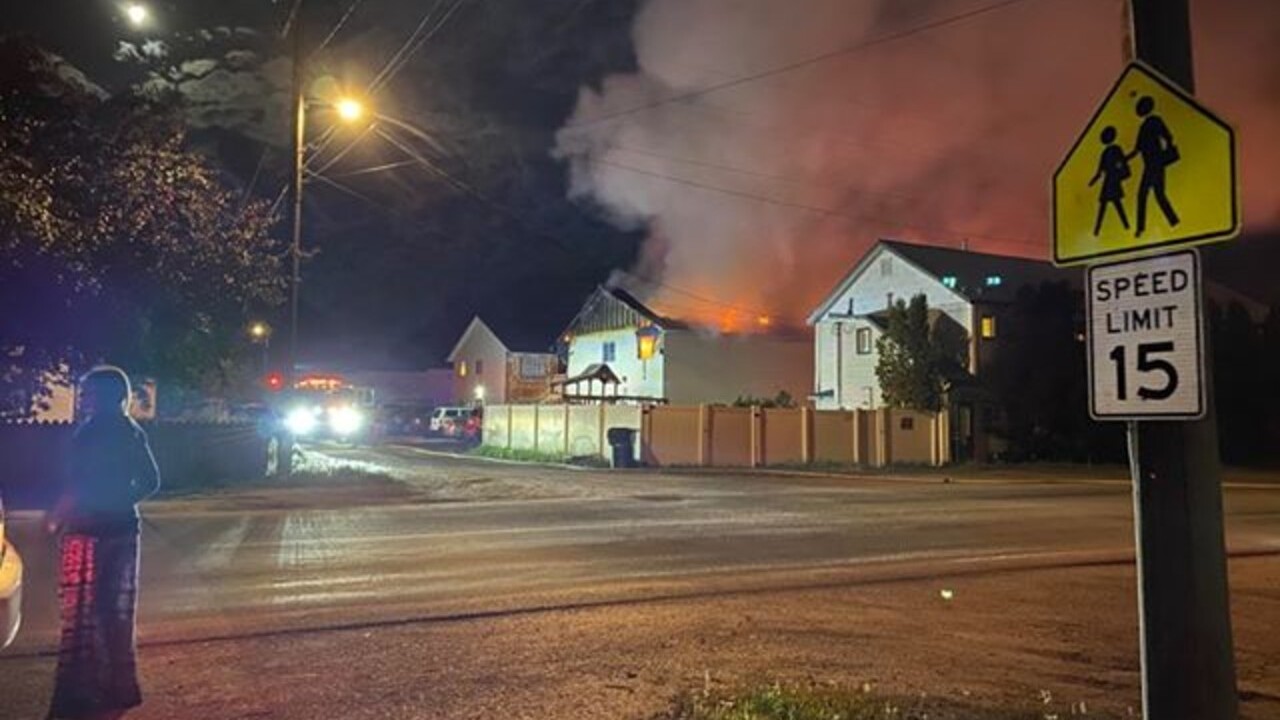 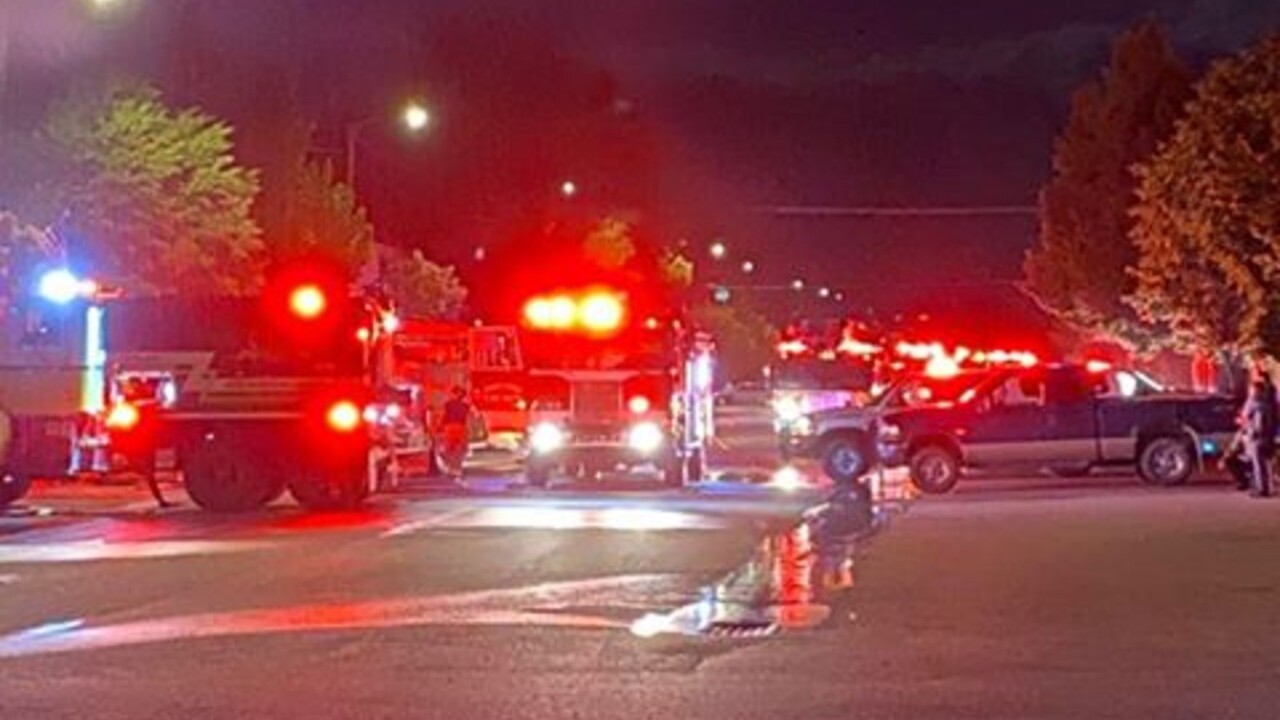 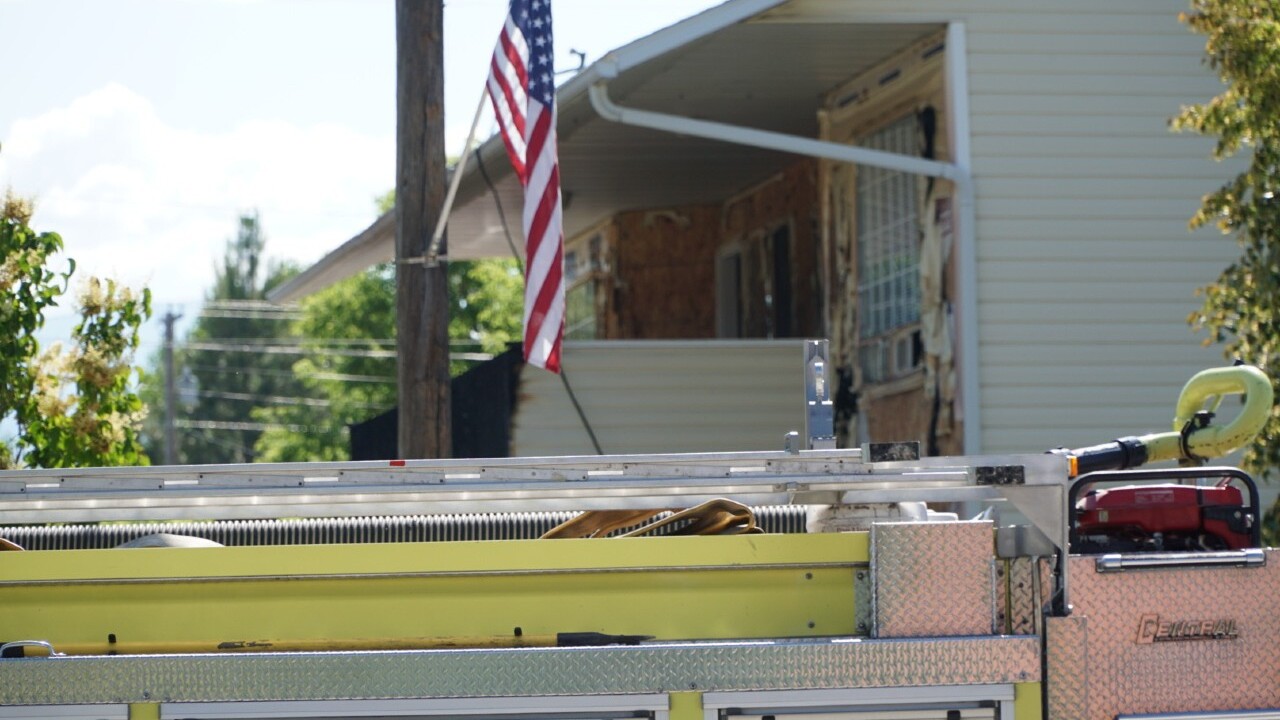 CORVALLIS - The apartment fire in Corvallis is now suspected to be arson and a homicide investigation is underway.

Investigators were able to start processing the scene and there are no other fatalities related to this incident at this time. One adult female was transported to a hospital with significant burn injuries and injuries resulting from jumping from a second-story window to escape the fire.

The three adult victims of the fatal fire were positively identified. The names will not be released until the families have time to contact other family members and friends.

RCSO Investigators are asking for help from the public. Anyone with surveillance or security cameras in the Corvallis and Hamilton areas is asked to protect the recordings and contact the RCSO at 406-363-3033 so investigators can review the content.

Shortly after 2 a.m. on Monday, fire crews responded to reports that an apartment complex in Corvallis was on fire on Main Street.

When they arrived the building was engulfed in flames so they called for mutual aid from the Hamilton, Pinesdale, Stephenville and Victor fire departments.

Together they were able to quickly contain the fire to one building.

Hours later law enforcement confirmed at least three people died in the fire and Ravalli County Sheriff Steve Holton says that the incident is being investigated as "suspicious” after they were unable to pinpoint an origin.

”It didn’t appear to be electrical or anything like that. Just the way that the building was burning and the fact that it was so fast," Sheriff Holton said. "So, that’s the real reason that’s why we’re labeling this suspicious."

Sheriff Holton says he's put all his resources into providing answers for the victims' families.

”My entire detective's division. Today is assigned to this case just so we can. That’s the most important part. I mean we know that there are three people died because of this fire and certainly that’s a tragedy that we hoped we wouldn’t see but it’s important that we get the right answers and be able to figure it out for these families," he told MTN News.

Even with the fast response by emergency responders by the time all fire crews arrived The fire had spread to a second apartment building, but those residents were able to be evacuated safely.

The Red Cross responded to help the families that were displaced by the fire.

The identities of the victims are not being released at this time.

Anyone with information regarding the fire is asked to contact the Ravalli County Sheriff's Office at (406) 363-3033.

Three people died in an early Monday morning fire at a Corvallis apartment complex. The identities of the victims are not being released at this time.

Ravalli County Sheriff Steve Holton says that the fire is being investigated as "suspicious."

The fire hit an apartment complex on Main Street in Corvallis at approximately 2:15 a.m. on Monday.

Sheriff Holton says at this time there are three confirmed deaths as a result of the fire. It is believed that all of the victims are adults.

Corvallis firefighters responded with mutual aid from the Hamilton, Pinesdale, and Victor Fire departments and were able to contain the fire to one building. 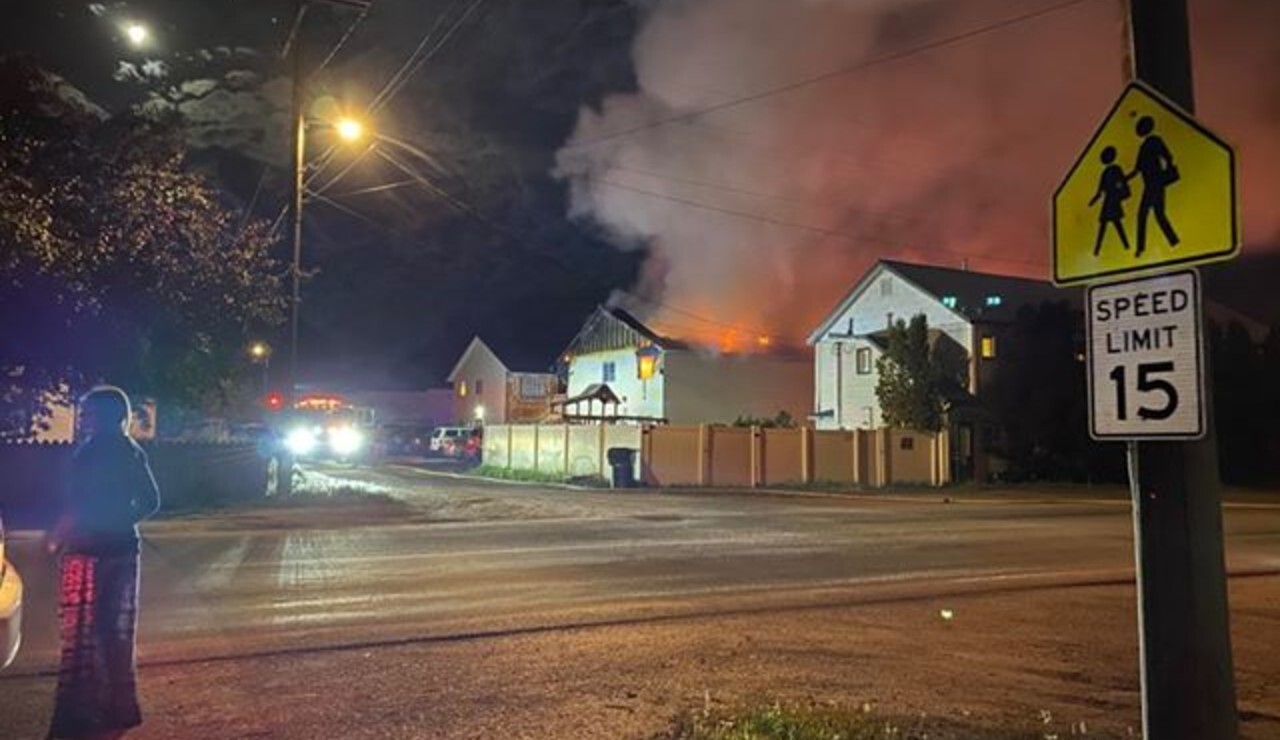 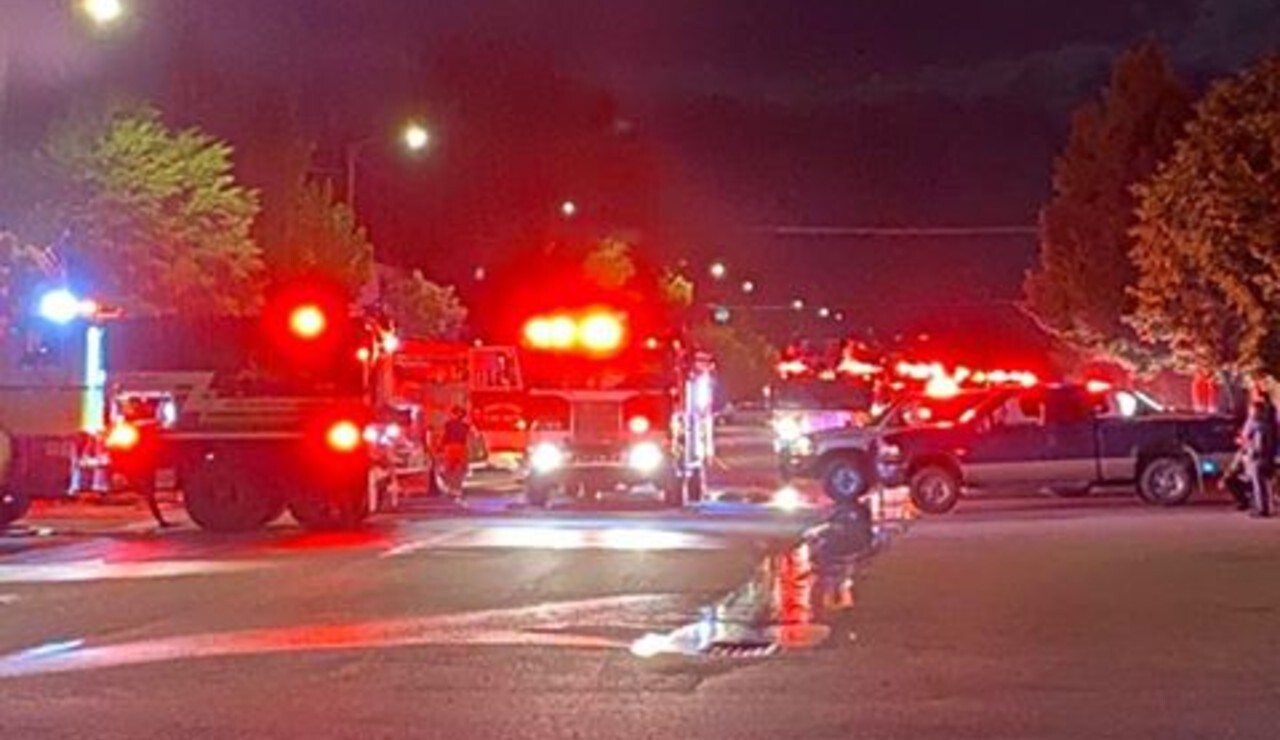 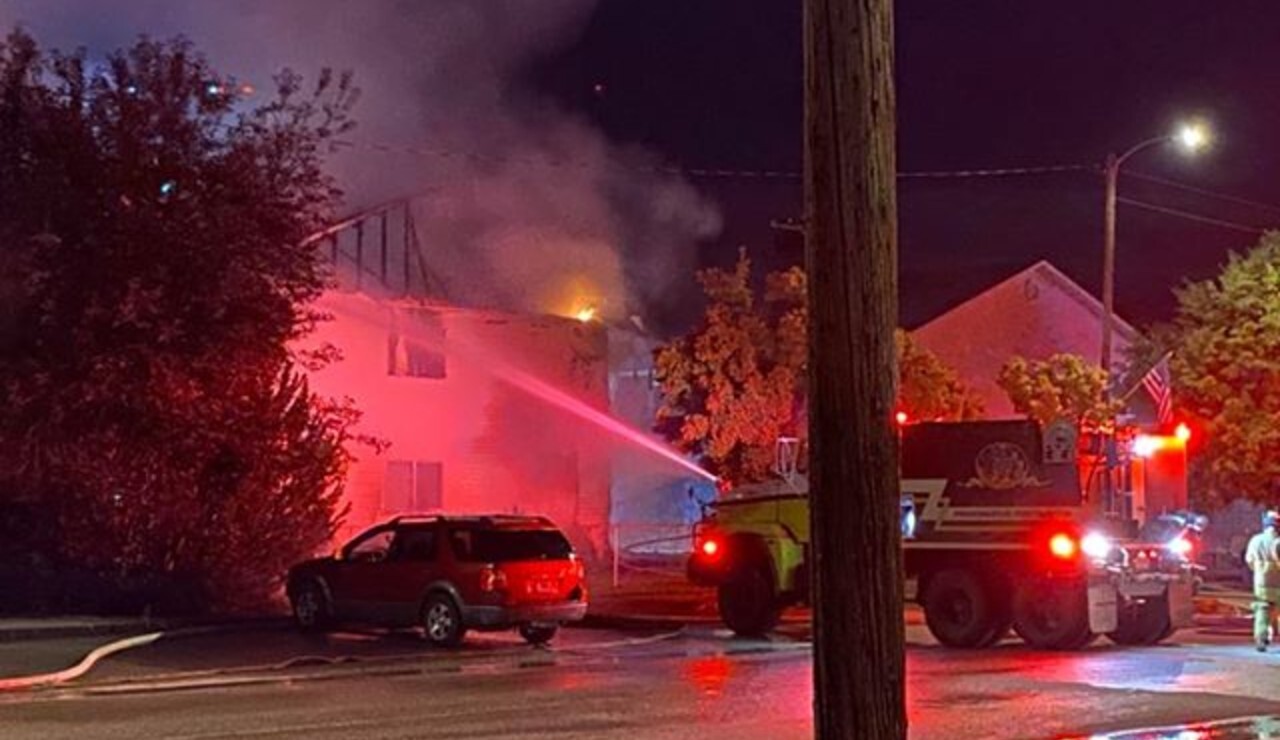 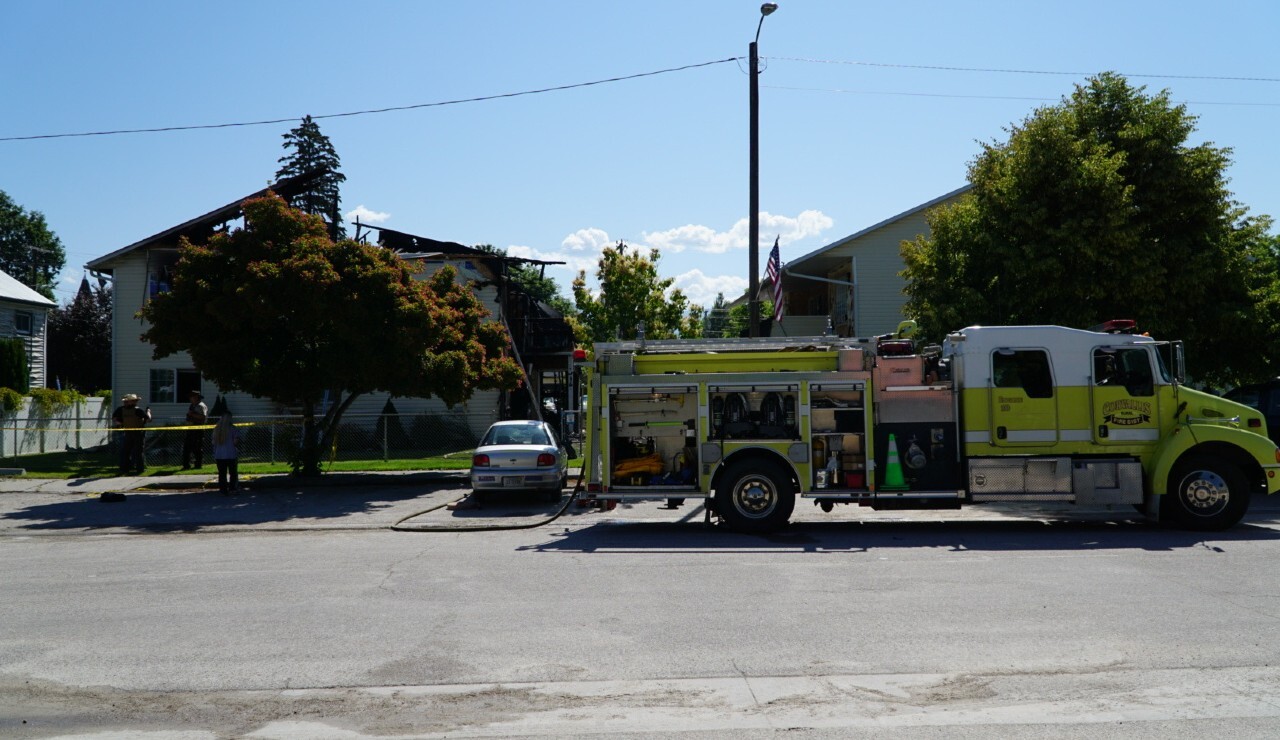 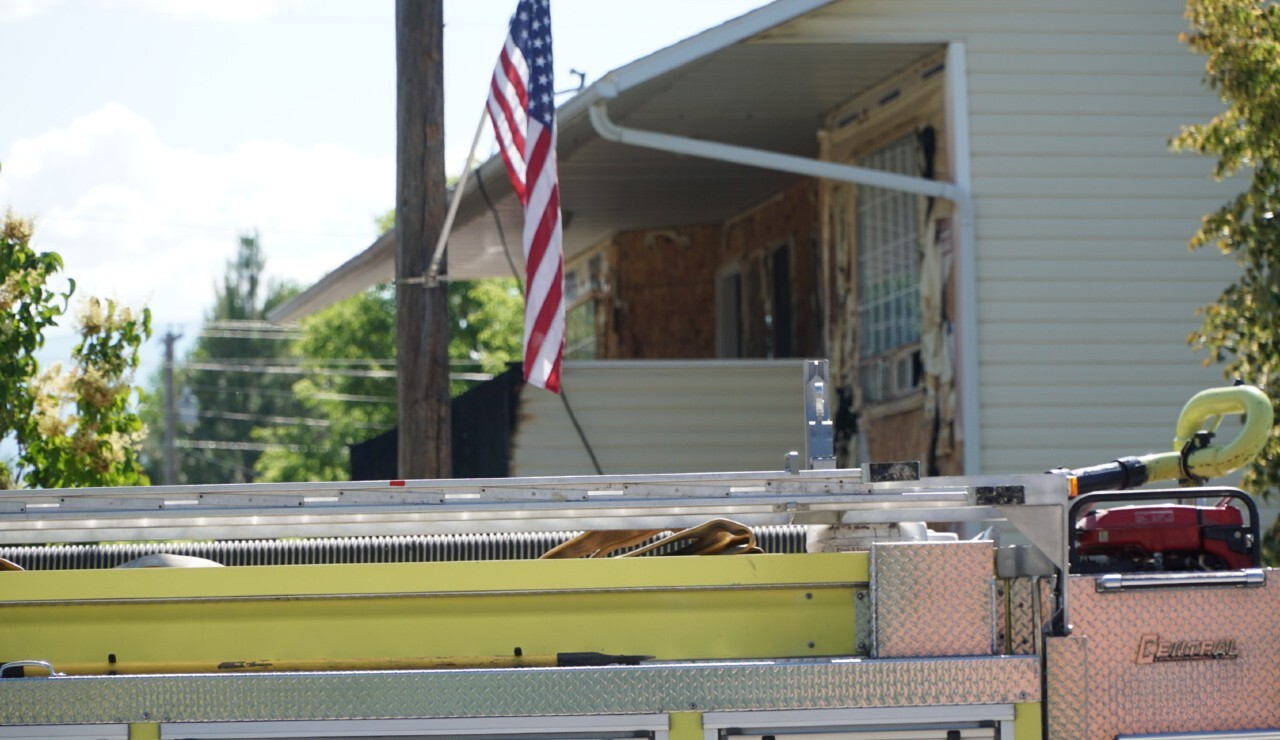 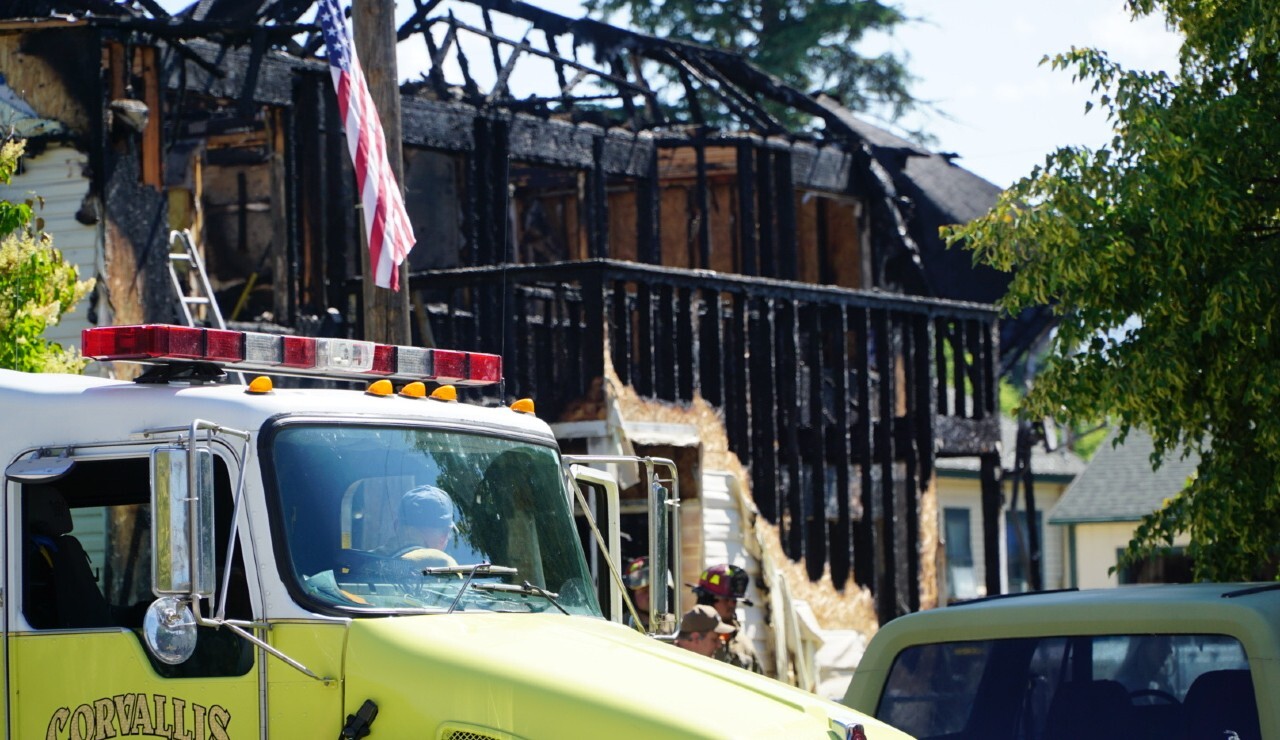 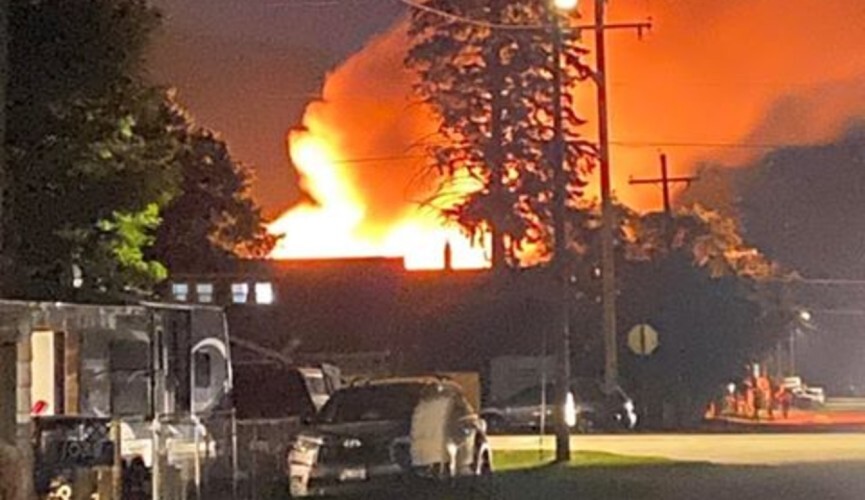 The Ravalli County Sheriff's Office has directed all of its resources to the investigation and called for assistance from the State Fire Marshal and an independent fire investigator, according to Sheriff Holton.

The fire had spread to a second apartment building, but those residents were able to be evacuated safely. The Red Cross responded to help the families that were displaced by the fire.

"Tragically, three people lost their lives due to this fire. The Ravalli County Sheriff's Office is thinking about and praying for the victim's families," Sheriff Holton said. "We have assigned the entire Detective Division to determine the cause of the fire."

Anyone with information regarding the fire is asked to contact Detective Lieutenant Jake Auch at 406-363-3033.