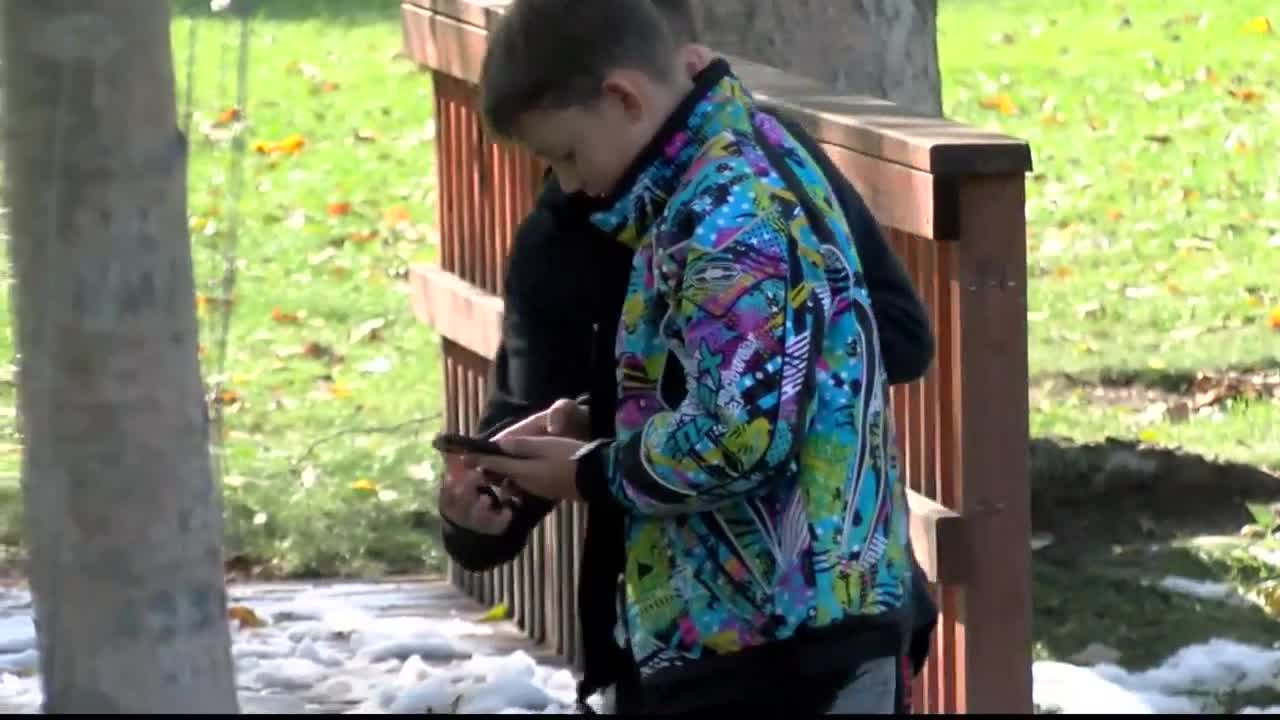 HAMILTON — The Agents of Discovery App is getting kids and adult outdoors at some western Montana recreation sites.

“We were doing a scavenger hunt where we walk around and answer questions about Tribal -- Indian Tribal,” fifth grade student Brytten Nelson said.

“It would show different pictures and it would ask a different question like, what type of fish the Nez Perce eat, and you would choose three out of like four or five every time,” fifth grade student Brayden Duce said. “And it would tell you if you got the right answer and if you didn't, it would cross out that answer that you choose -- and it would just be process of elimination from there.

The app provided a hands-on learning experience in Hamilton about the Nez Perce people who used to call the park home.

“I liked it a lot because I think typically you think ‘oh, behind the desk learning.’ Well today, we were able to get out in nature and learn that way -- so it is kind of nice to have the hands on too,” Hamilton Mayor Dominic Farrenkopf said. “It's giving them that experience where you’re personally there, saying this is what they’re doing.”

The City of Hamilton approved using the app in the park in hopes that it might attract visitors to the area.

“I think the thought process behind it is people who are traveling and doing the App have a passport -- and things like that, so they can stop on the road and say, ‘oh mom there’s an Agents of Discovery App down here at River Park’,” Mayor Farrenkopf said. “So, they can access the park and hopefully stay and have lunch and read a little more about the town as they are traveling through.”

The app is also available at Lake Como, St. Mary's Mission in Stevensville and Travelers rest in Lolo.