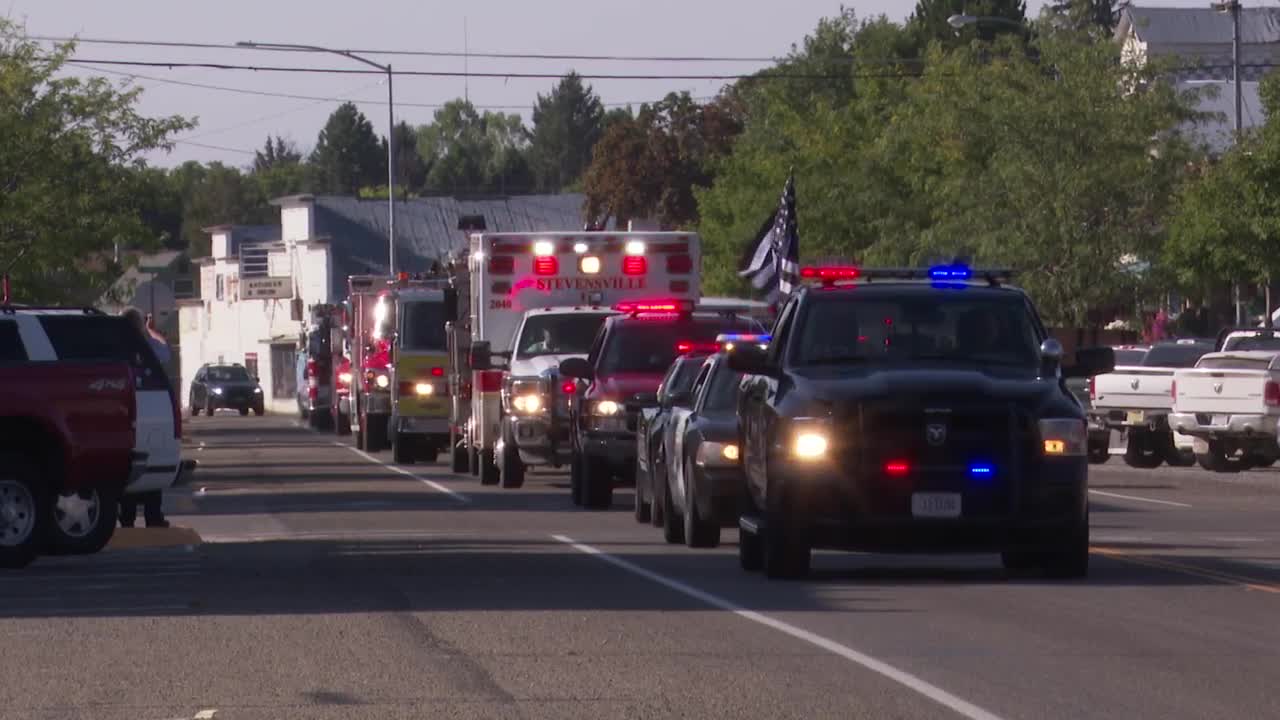 A silent procession down Main Street was held on Friday to honor those who died in the 9/11 terrorist attacks. 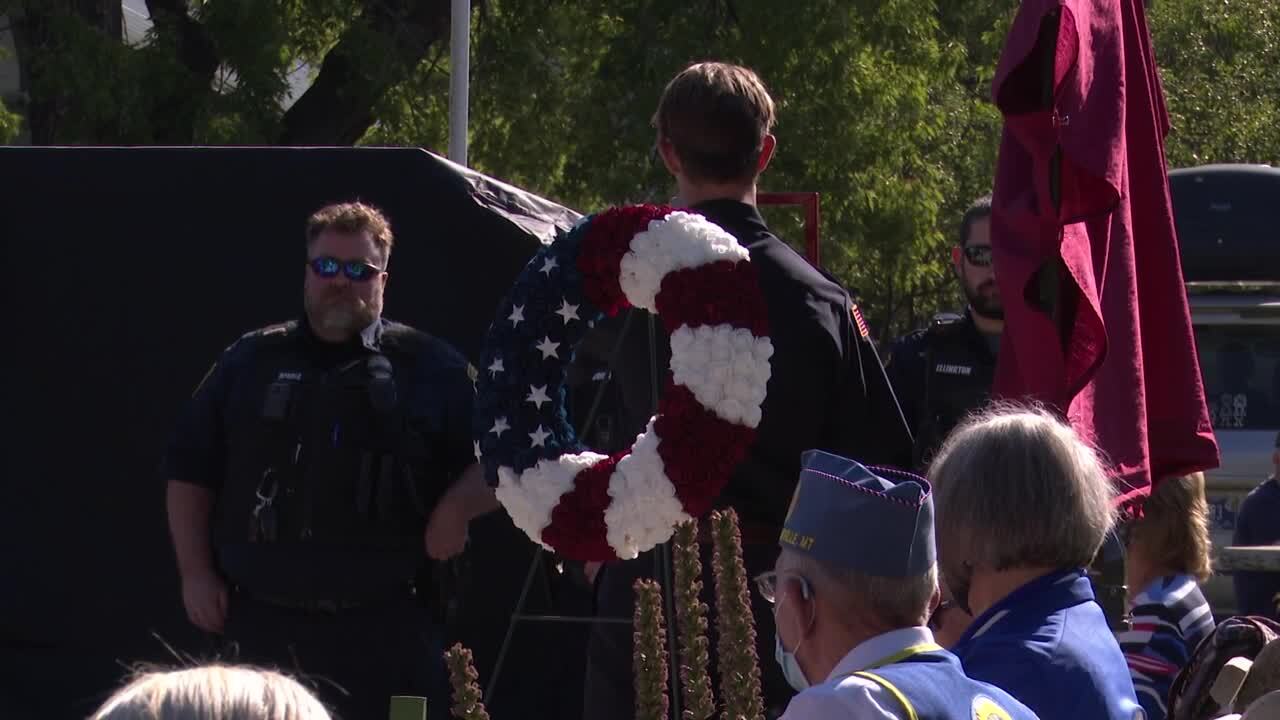 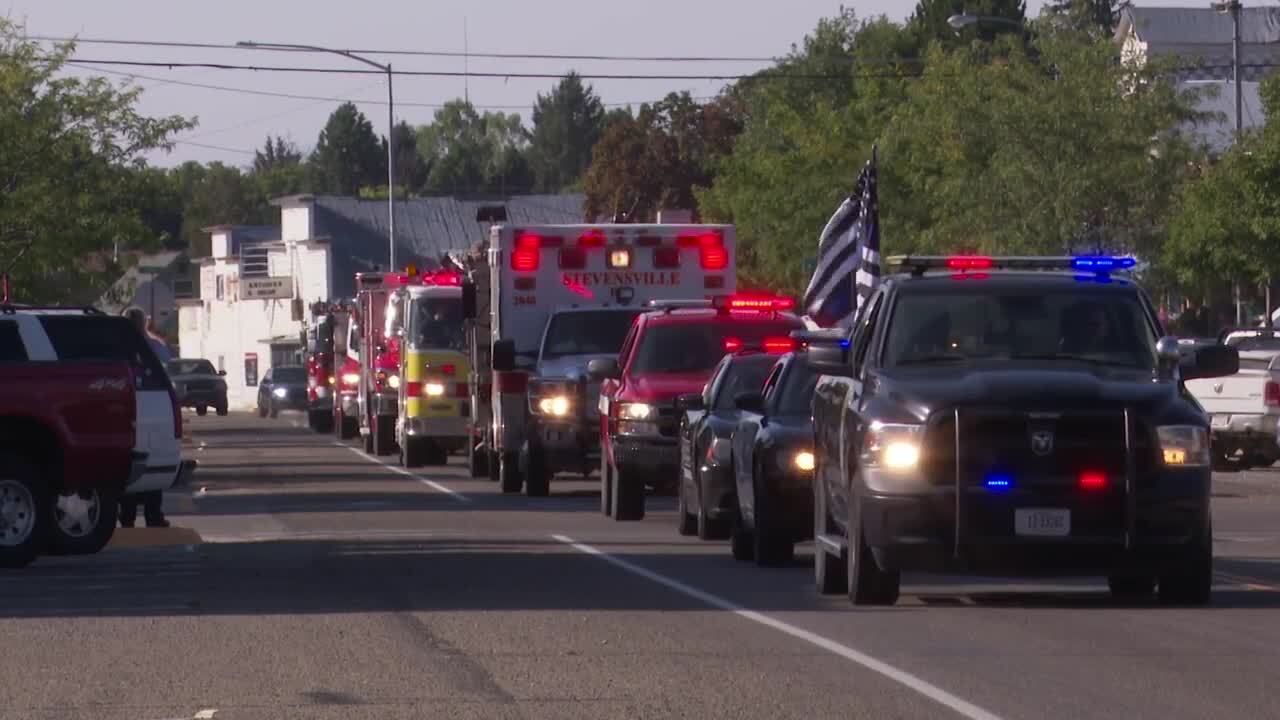 STEVENSVILLE — Friday marks the 19th anniversary of the Sept. 11, 2001 attacks where thousands of American lives were lost.

“I was on my way to open my business, to open my store, heard it on the radio when it first broke," Stevensville Fire Chief Jeff Motley recalled. "Once I got to work, we flipped on the television at work and watched.”

"You play those scenarios in your head, what would you do if it were you. Yes, in Montana we don't have 97 floors, but again you can relate to the work and [the] thoughts going through their minds as they were doing their jobs," said Motley who was an officer at the fire department in 2001.

Every year since the 9/11 attacks members of the Stevensville fire and police departments have read the names of those that died.

"There are hundreds if not thousands of other individuals who have died from the different side effects of events that happened that day. The laypeople in the neighborhoods and those who succumbed from related disease afterwards," American Legion Post 94 Commander Chuck Burgmeier told MTN News. "It's important to remember those individuals and families as well."

The American Legion also unveiled a monument at Veteran's Park to the veterans from Stevensville who also made the ultimate sacrifice with Burgmeier saying bringing the ceremonies together felt like the right thing to do.

"The feeling in your heart what happened to our country and our firemen and our police officers and citizens that really took a hit on that," he said. "This thing can never be forgotten."