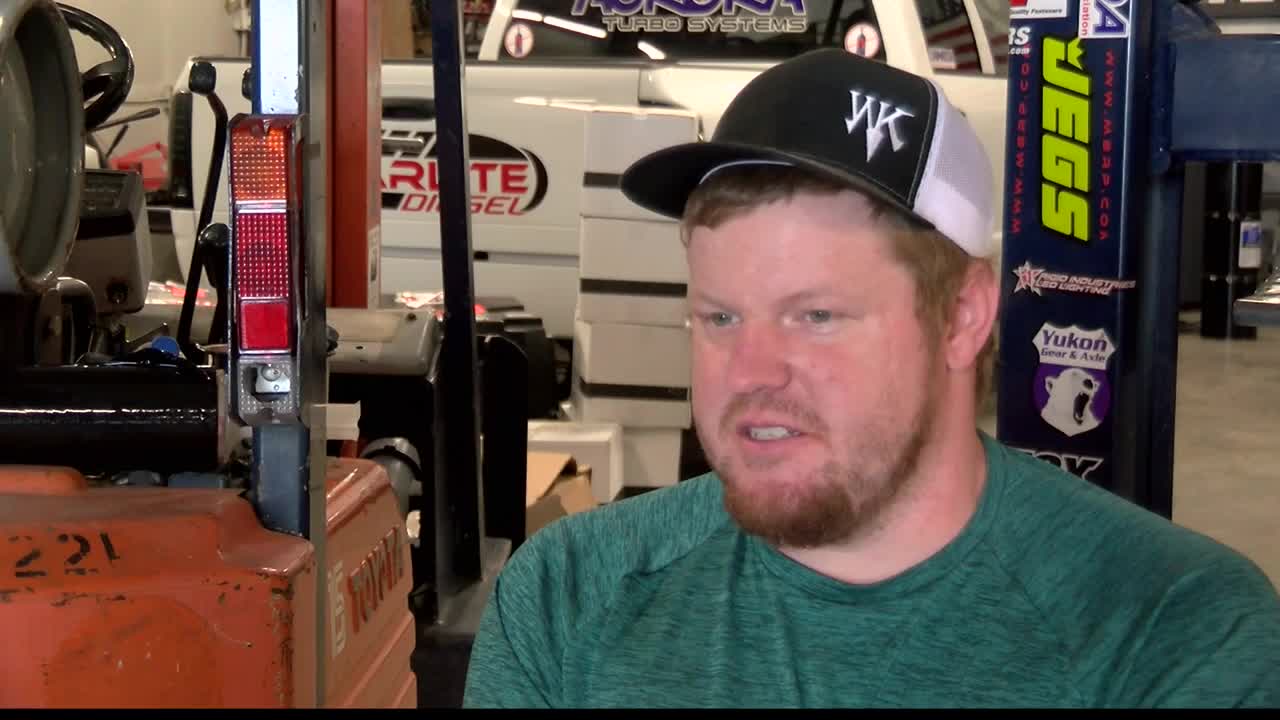 MISSOULA — After surviving near-fatal gunshot wounds, Casey Blanchard went back on Monday at US Diesel Parts in Missoula.

On Friday, they threw Blanchard welcome back party with cake and BBQ to celebrate his return and recovery.

Casey Blanchard was one of the four victims of a shooting that took place in March. Blanchard was shot eight times on that horrific day, but on Monday, Blanchard said things are going well, and he’s excited to be back with friends and co-workers. He’s also excited for a new addition to the family.

“It's pretty exciting. We just had him yesterday, so it's definitely -- not really the next chapter -- but it’s in the new chapter that just started, I guess, so it's going to be pretty cool,” Blanchard said.

Along with the birth of his newborn, Landon, Blanchard was also excited to get back to work and see his co-workers again.

“It's definitely exciting. I got a little office back there now but, I'm doing my work, but everyone tries to come in and like, “Hey how’s you been, what's going on?’ so it's definitely pretty cool,” Blanchard said.

“Oh yeah, making progress. Like, the feeling when I woke up was above my belly button now its below down lower on my waistline, so physical therapy really helps me out with getting stronger and moving around in a wheelchair,” Blanchard said.

From family, friends, and coworkers, to Western Montana as a whole, Blanchard thanks everyone for the support they have shown him.

“Yeah, I would like to thank the team here. If I didn't have such a good team, you know, it definitely would have been a lot harder to progress and things like that,” Blanchard said. “Family too, the whole support that we have all the way from Missoula to the Bitterroot Valley has definitely helped out quite a bit.”

Blanchard says the hopes to get into a rhythm with work, therapy, and his third son.