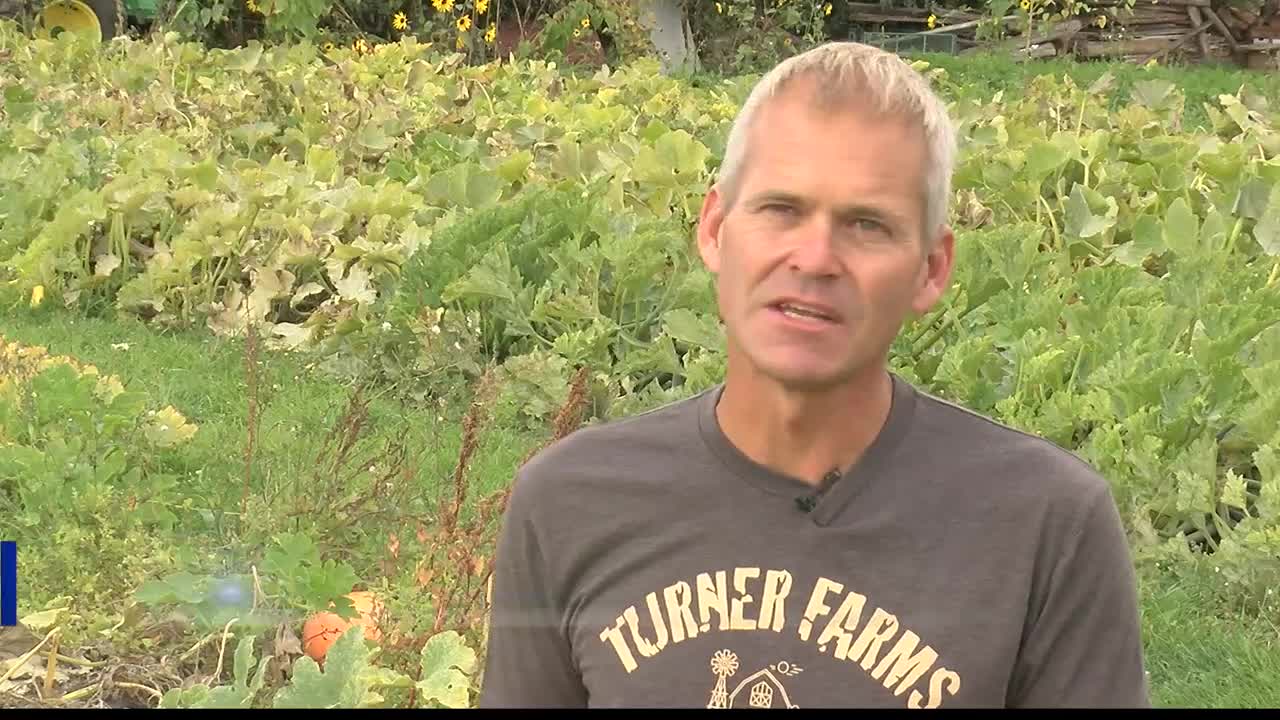 MISSOULA — Fall festivities are just right around the corner, and Turner Farms owners Jon and Erin Turner, are working as fast as possible to harvest this season’s pumpkin crop.

A hard freeze is expected to hit the Missoula Valley on Monday and Tuesday mornings and that means farmers need to harvest all their pumpkins before the first freeze of the year happens.

Typically, the pumpkins have already been harvested at this point, but since the first freeze of the year happened a little later, the Turners decided to push harvesting out, so they could grow the pumpkins a little longer.

Along with their weather deadline, the Turners also need to harvest the pumpkins for their upcoming pumpkin festival.

“We have our big pumpkin sale in two weeks, so we’ve got to get everything up and covered,” Jon Turner said. “When the light frost comes, it kills the plants… freeze (is) not so good for the pumpkins. They get soft, then we don’t have pumpkins for Halloween.”

The Turner Farms Pumpkin Festival will happen on Oct. 5 and Oct. 6 at their location on Stallion Lane off of South 3rd Street West in Missoula.