Semi truck crash blocking part of I-90 in Mineral County

MISSOULA – A crash is blocking one lane of Interstate 90 in Mineral County.

The crash happened just after 10 a.m. Tuesday, 12 miles east of Haugan in the eastbound lanes of I-90.

Montana Highway Patrol Trooper Terry Rosenbaum tells KPAX the driver of the semi-truck was traveling too fast for conditions, jack-knifed and went off the interstate and tipped over.

The driver was not injured, but the semi-truck is blocking one right lane of eastbound I-90 at mile marker 28.

The Montana Highway Patrol is on the scene and the right lane is expected to be blocked for the remainder of the day. Expect delays in that area. 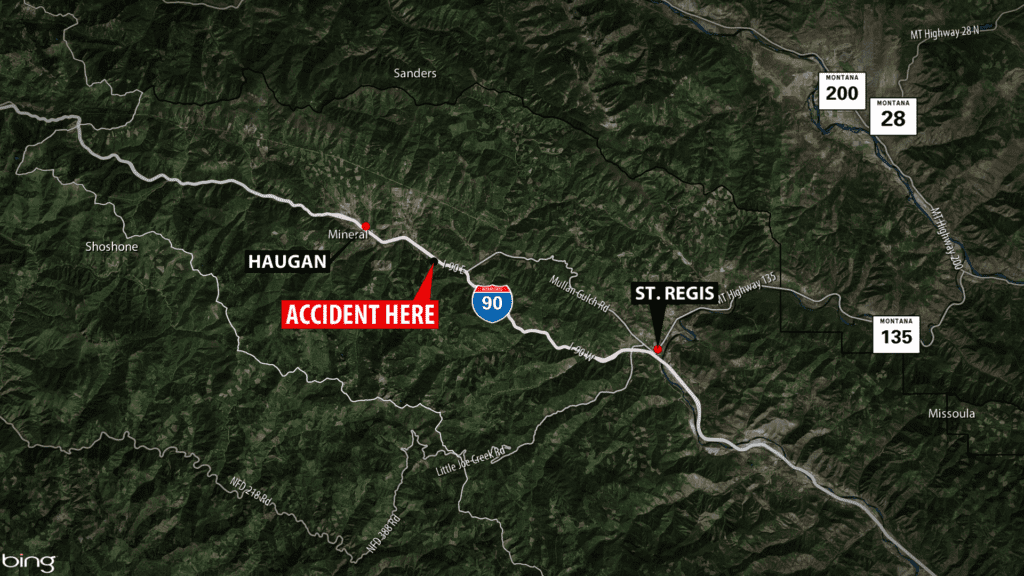 A crash is blocking one lane of Interstate 90 west of Missoula.

The crash is at mile marker 28 on I-90 eastbound, 16 miles east of Haugan in Mineral County. The Montana Department of Transportation reports that a semi-truck has rolled over and is blocking the right lane.

The Montana Highway Patrol is on the scene and the right lane is expected for the remainder of the day, according to the MDT.