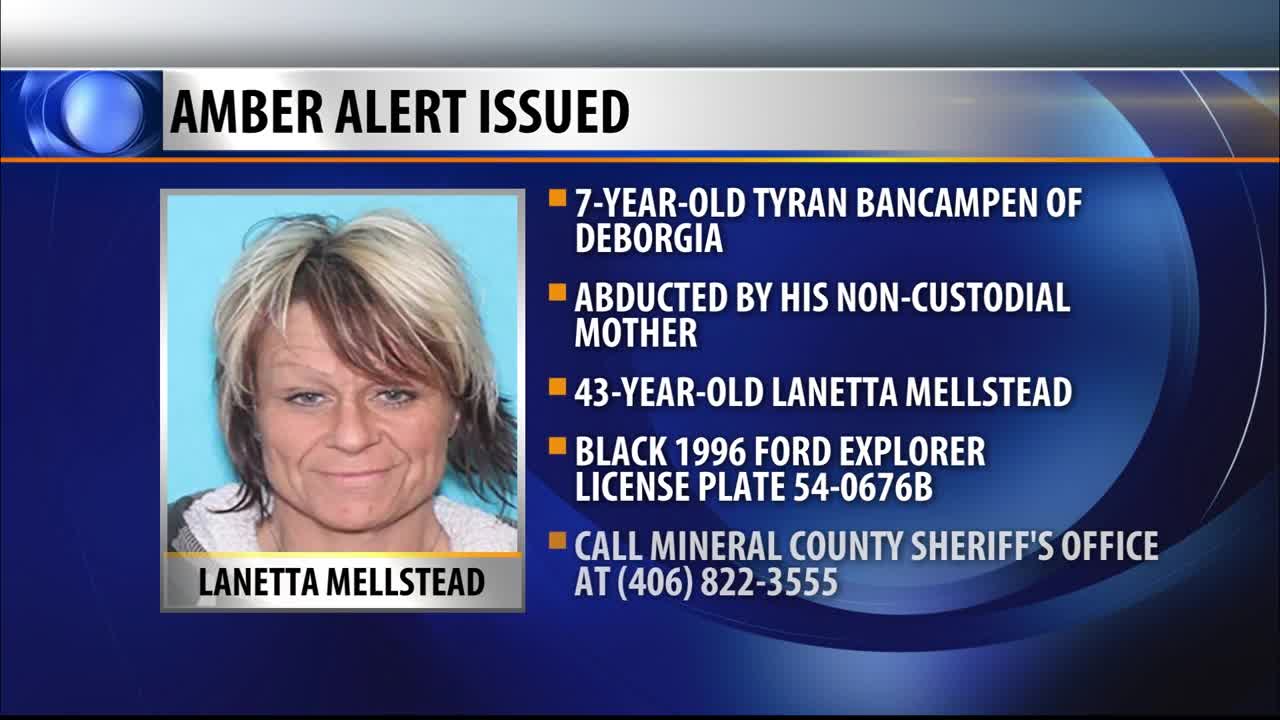 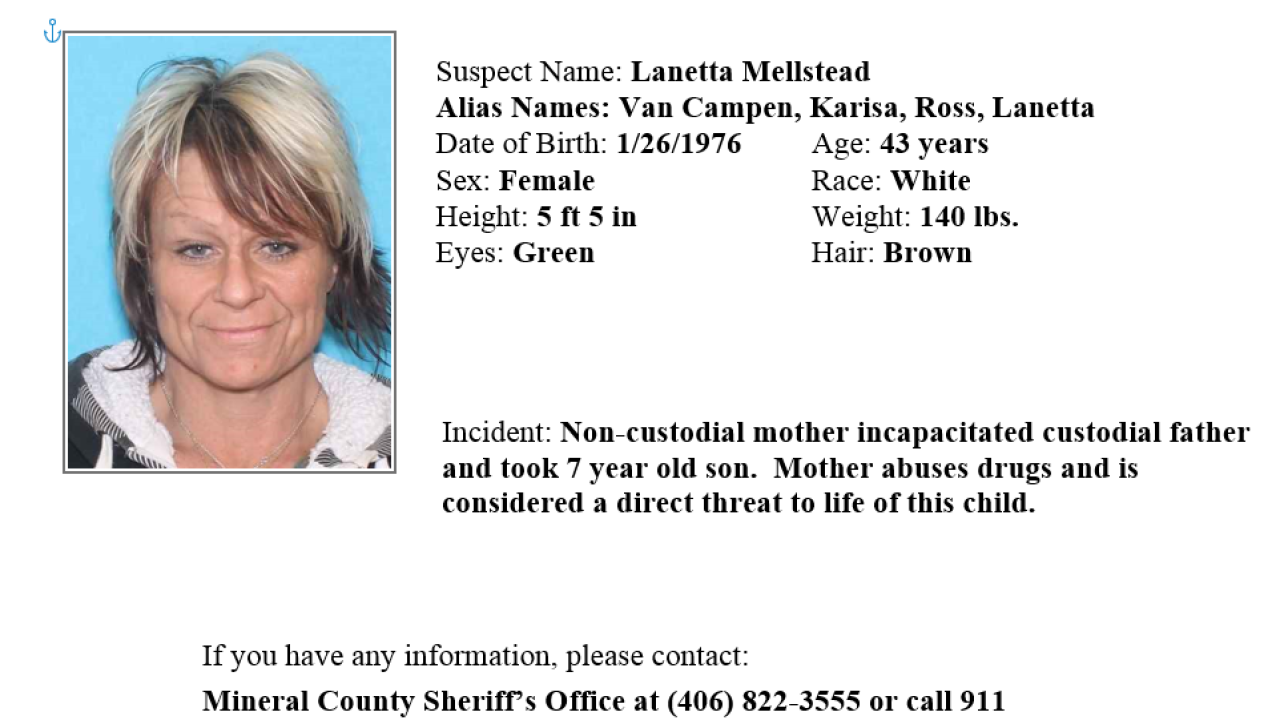 SUPERIOR — The child who was the subject of a Thursday Amber Alert in Montana and Idaho has been found.

A news release states the child was found safe along with the vehicle sought in connection with Amber Alert.

Meanwhile, Montana authorities say Mellstead has been taken into custody and "Mineral County thanks everyone for their assistance."

An Amber Alert was issued early Thursday for a 7-year-old Montana boy authorities said was abducted by his mother.

Authorities in Mineral County said Tyran Ban Campen was abducted by his non-custodial mother, 43-year-old Lanetta Mellstead. She "incapacitated child's father and is considered a direct threat to life of child," the alert states.

Mellstead is described as a 43-year-old white female, who is 5'5" tall, weighs 140 pounds with green eyes and brown hair. Authorities are looking for a 1996 black Ford Explorer with Montana license plate 54-0676B.

NOTE: The Amber Alert does not contain a photo or description of Tyran

The pair may be in Sanders, Missoula, Lake or Flathead counties in Montana or Shoshone, Bonner, Kootenai counties in Idaho.

ISP reports the child was taken from Deborgia and that a cell phone was last pinged in the Western Montana or Idaho area. The pair are possibly traveling westbound, according to ISP.

ISP further states in a news release that Mellstead "incapacitated custodial father and took 7 year old son. Mother abuses drugs and is considered a direct threat to life of this child."