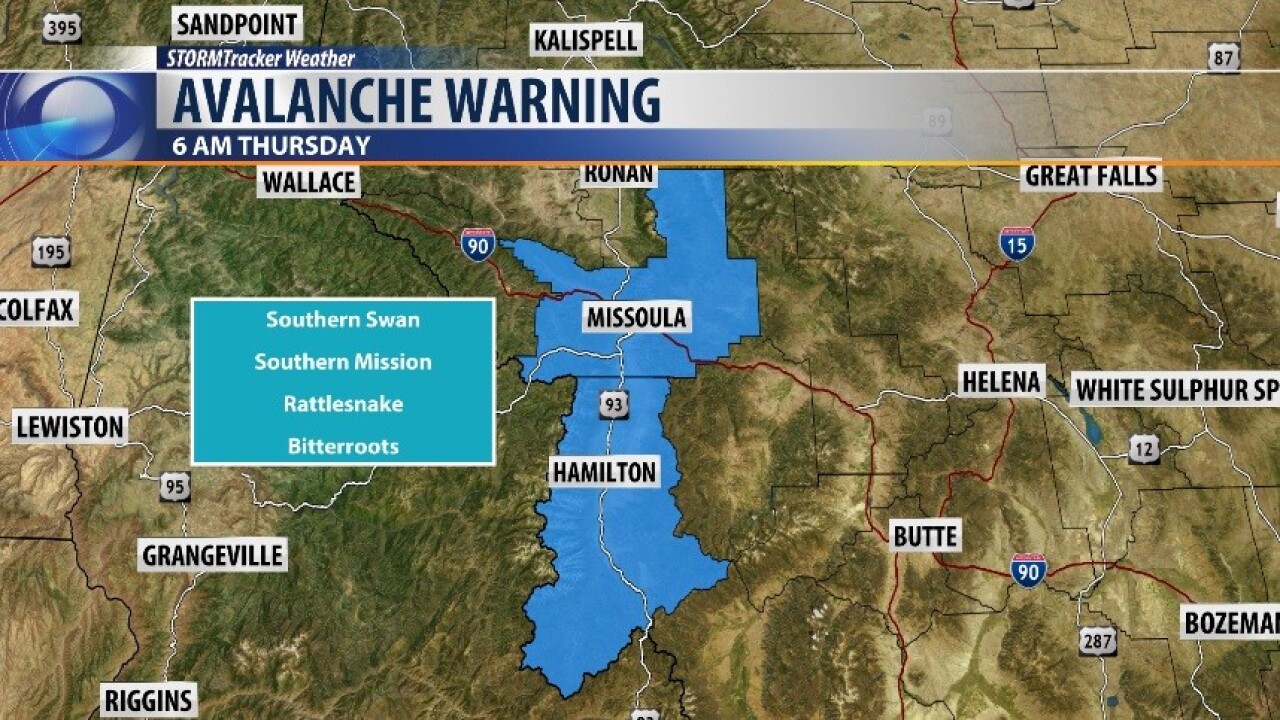 MISSOULA — An avalanche warning has been issued for the southern Mission, southern Swan, Rattlesnake, and southern and central Bitterroot mountains.

The West Central Montana Avalanche Center reports that the avalanche danger for the west central Montana backcountry is listed at "high" and that human triggered avalanches are certain.

The avalanche hazard is increasing with continued snowfall, according to the Center's Jeff Carty. Travel in avalanche terrain is not recommended.

The avalanche warning -- which expires at midnight -- does not apply to operating ski areas which are the responsibility of the U.S. Forest Service.