Efforts to save stranded moose near Lincoln fail 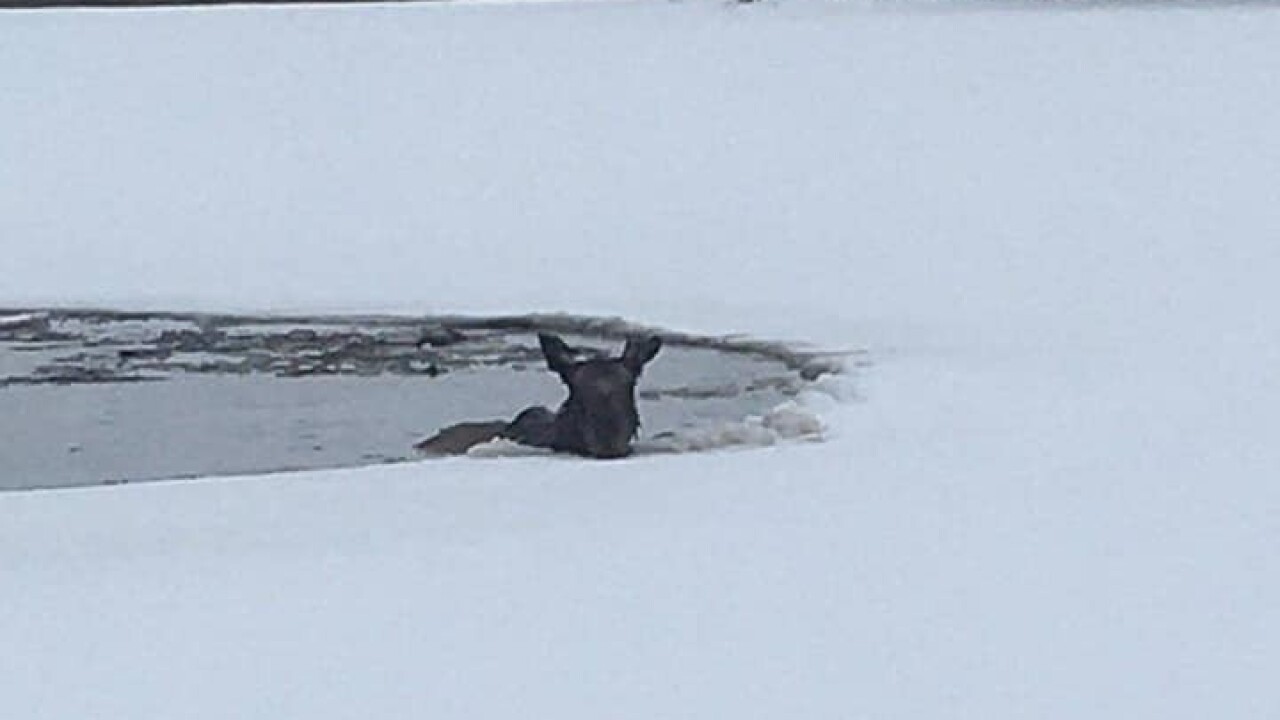 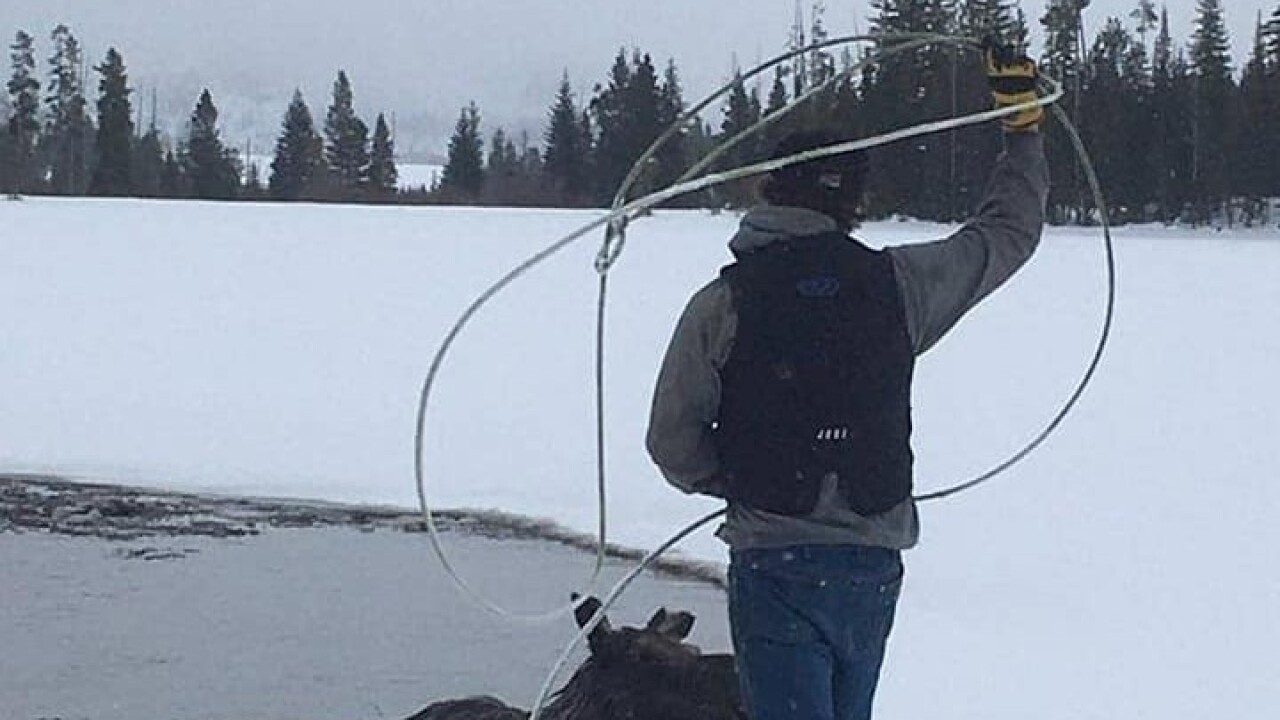 LINCOLN — Despite the efforts of local firefighters, a moose that fell through the ice near Lincoln passed away.

Lincoln Volunteer Fire Rescue reports in a social media post that they responded to the call of a moose that fell through the ice on Thursday.

Crews were able to get the moose out of the water, but the animal did not survive.

A US Forest Service crew also responded to the scene to help the moose.

Lincoln Volunteer Fire Rescue says firefighters performed CPR on the moose, but the animal did not survive.