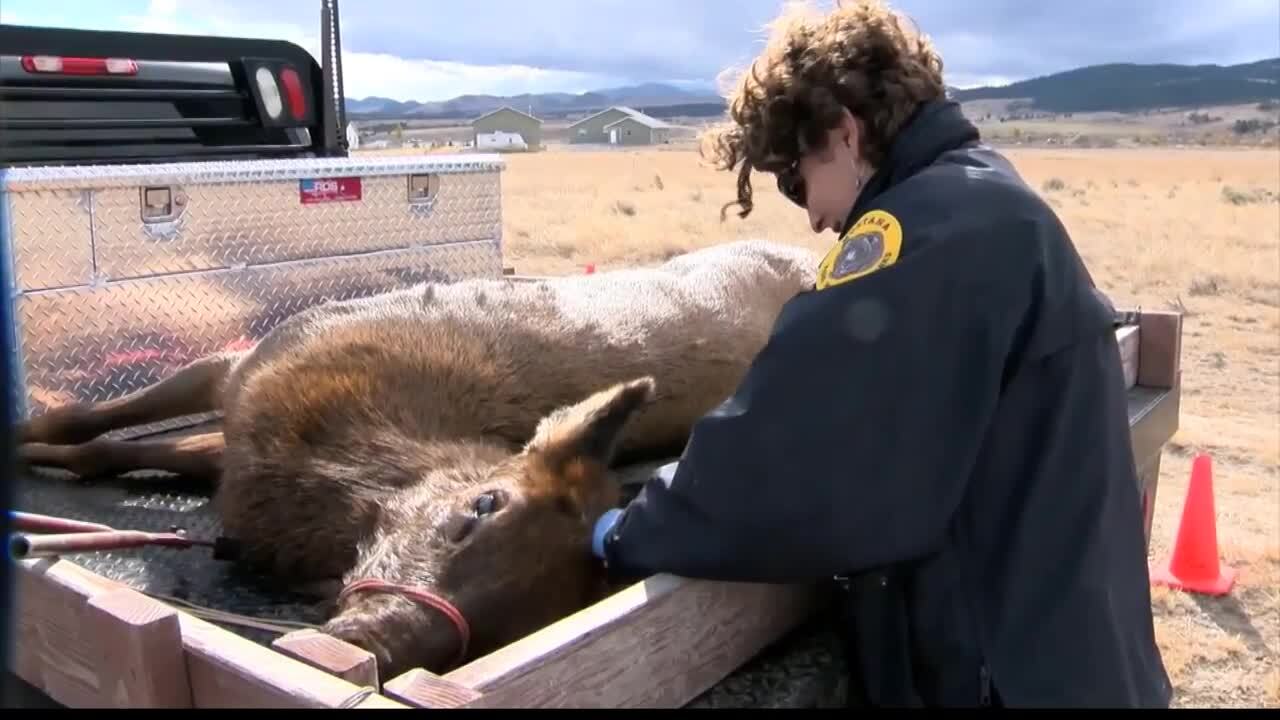 Region-wide, numbers show that harvest success for deer and elk is just ahead of last year at the midpoint of the season and on track with the five-year average, but individual hunter check stations each tell their unique part of the story.

For example, the elk harvest of 121 checked at Darby check station is highest for this time in the season since 2015, while the harvest of 27 elk to this point at Bonner is the lowest in the past five seasons. The elk harvest of 23 at Anaconda is on par with the average for this early part of the season.

Mule deer harvest is up slightly from last year at this point. The 18 mule deer checked at Darby, 20 at Bonner and 10 at Anaconda are all higher than tallies for mule deer at this time in 2018.

So far, check stations have also been busier with more hunter traffic than last season, and earlier than usual snow and cold have contributed to higher hunter success in some places. Gusty winds and blowing snow forced the Bonner and Anaconda check stations to close a bit earlier on Sunday evening than planned, for the safety of hunters trying to negotiate the hazardous roadways and for the staff at the check stations.

Check stations only sample a small portion of hunter participation and harvests across the region, but they are an important part of monitoring trends and recording information on wildlife age, health and other observations from the field. Hunters must stop at all check stations that they pass, even if they have not harvested any animals.

The general rifle season for deer and elk runs through Sunday, Dec. 1.