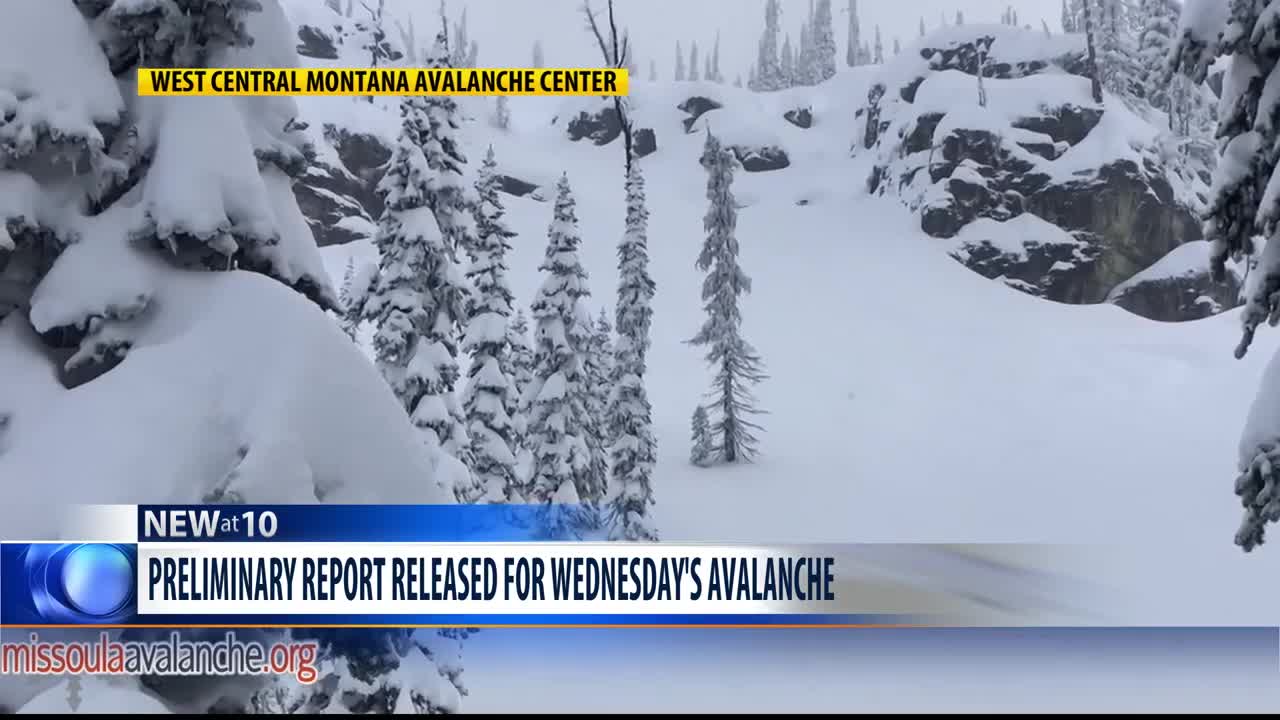 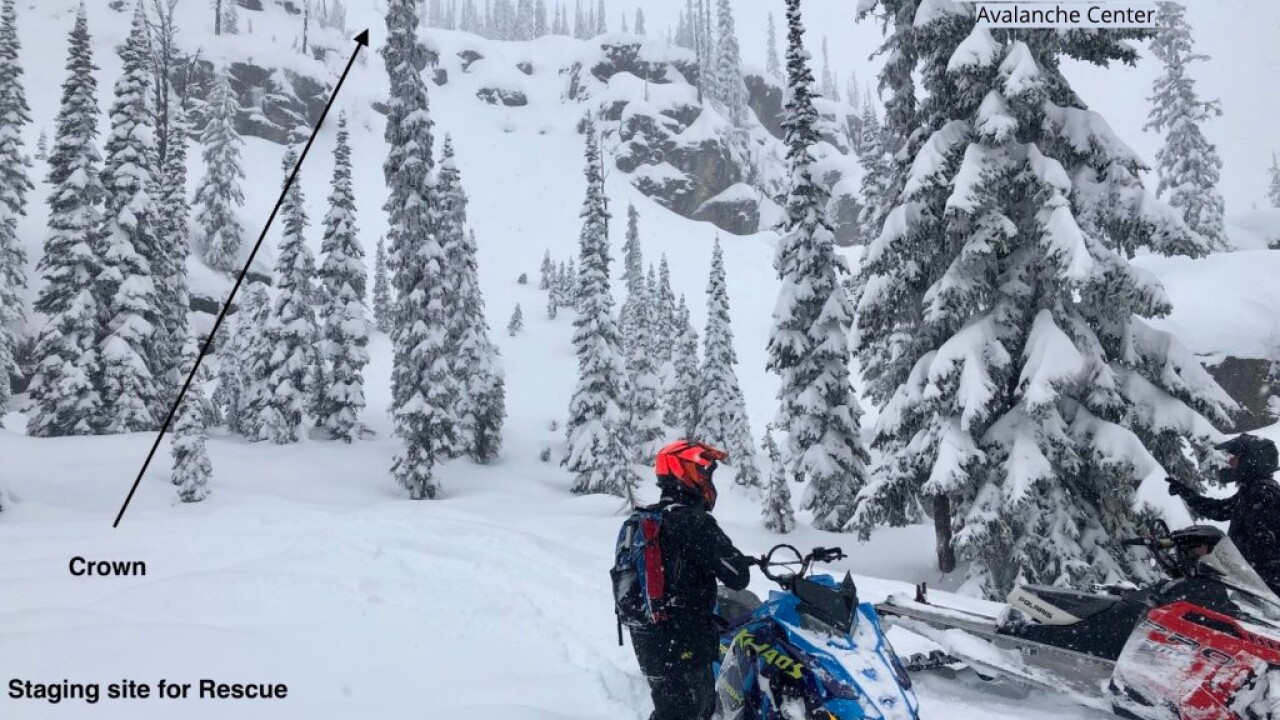 The preliminary report about the New Year's Day avalanche that claimed the lives of two Anaconda men has been released.

The West Central Montana Avalanche Center's reports Wednesday's slide, which killed 24-year-old Jade Green and 26-year-old Lowell Grosvold, was triggered after two snowmobilers tried to help another rider who was stuck on a slope.

The report states the three snowmobilers were involved in an avalanche around 2 p.m. Wednesday in the Lake Dinah area north of Seeley.

One of the snowmobilers had gotten stuck on the slope and the two other riders went to assist him.

The third rider was able to call 9-1-1 and use a transceiver search to locate one of the men, who was buried five and a half feet deep.

The other rider did not have a beacon and was later found buried in about eight feet of snow by search crews through a probe strike.

The slide traveled 560 feet downslope and carried one rider 20 feet and a second snowmobiler 40 feet.

The avalanche's crown was 100 feet across and three feet deep, according to the report. The area was under an avalanche warning.