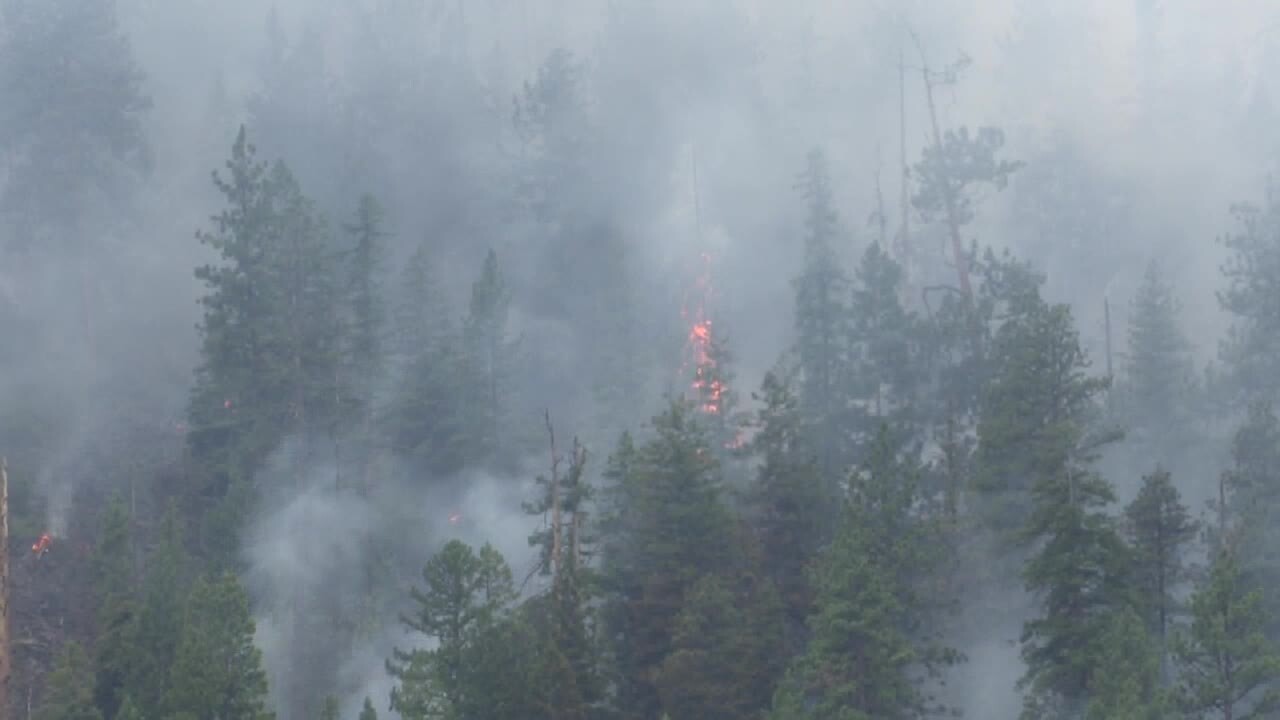 Copyright 2020 Scripps Media, Inc. All rights reserved. This material may not be published, broadcast, rewritten, or redistributed.
Jack Ginsburg/MTN News
The Magpie Rock Fire burning eight miles west of Dixon has doubled in size since Wednesday and has now scorched an estimated 2,500 acres.

DIXON — In a press release sent on Saturday morning, the Confederated Salish and Kootenai Tribes Fire Division stated that the Magpie Rock fire growth has slowed and has been contained by 30 percent.

According to the press release the high temperatures have been making the containment of the fire challenging.

The press release also stated the fire continues to spread to small areas of unburned trees and vegetation near the fire.

The press release says that this fire behavior poses a continued threat to areas close to the fire.

The CSKT Fire Division says that the fire has reached 3,167 acres.

The Fire Division also says that three hundred and five firefighters have been assigned to the Magpie Rock Fire.

On Friday, a fire division had conducted a successful a burnout operation, and another division continued to secure the fires edge in that division.

A third fire division prepped for a burnout operation that will take place Saturday.

To reduce the risk to firefighters and public, the D-6000 road between Revais and Magpie, Magpie D-5000 road are closed.