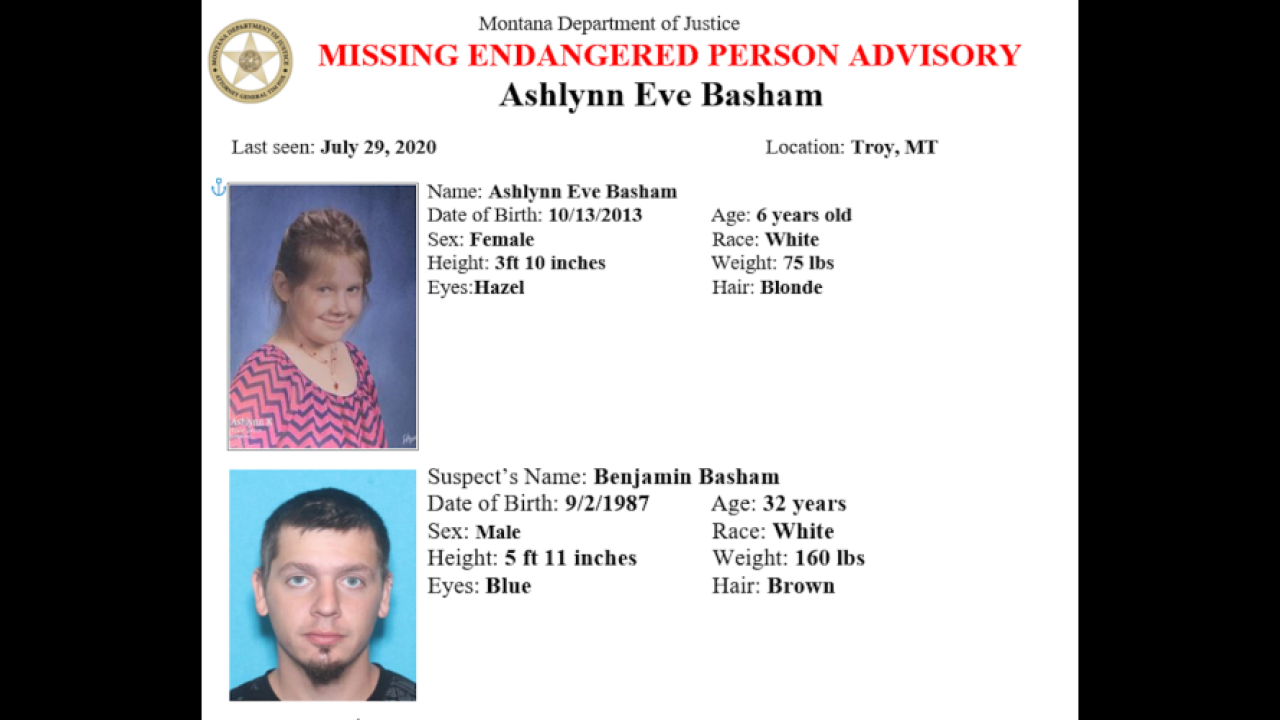 HELENA — The Montana Department of Justice has issued a Missing Person Endangered Advisory on behalf of Troy Police Department for Ashlynn Eve Basham.

Ashlynn is a 6-year-old white female, who is 3' tall and weighs 75 pounds. She has hazel eyes and blonde hair.

Ashlynn was taken by her father Benjamin Basham who has violent tendencies and is a known drug user.

The alert states Basham took the child after an altercation with the girl's mother.

Basham is also known to carry concealed without a license, has prior assaults, child endangerment charges, and is a known drug user.

They are possibly in a Blue Dodge Caravan with unknown Oregon plates and possibly headed to Yellowstone County.