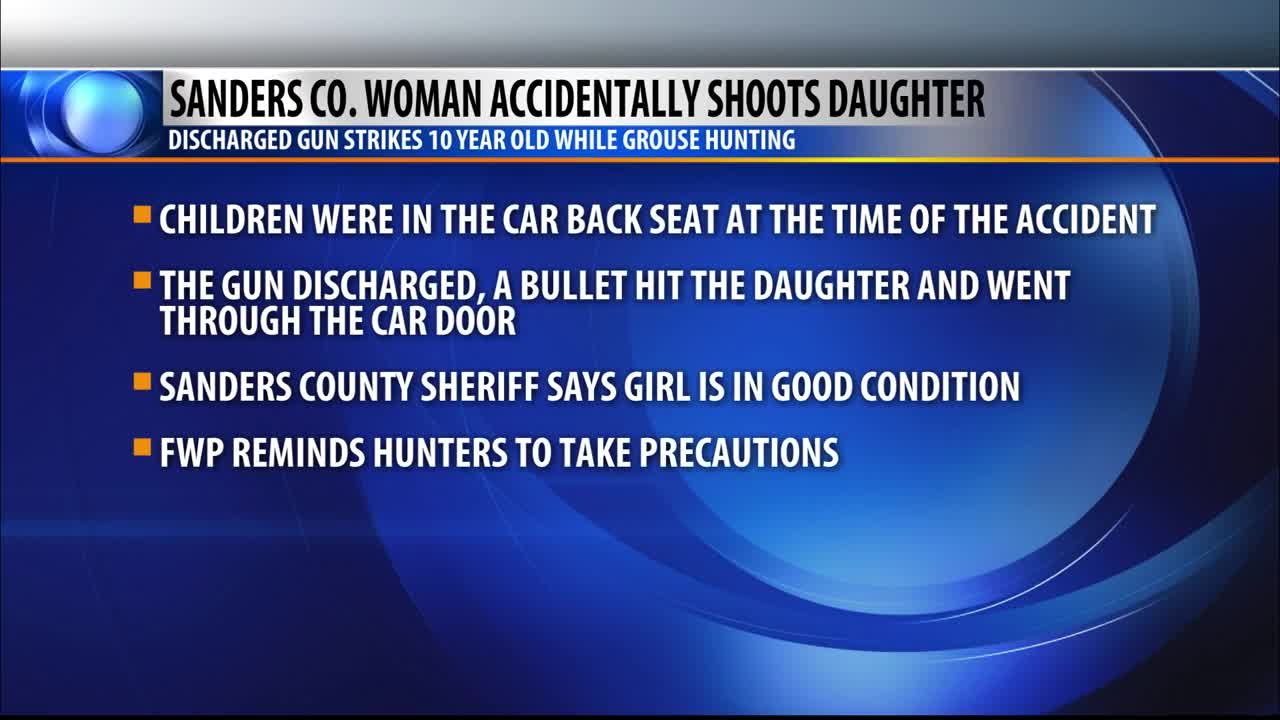 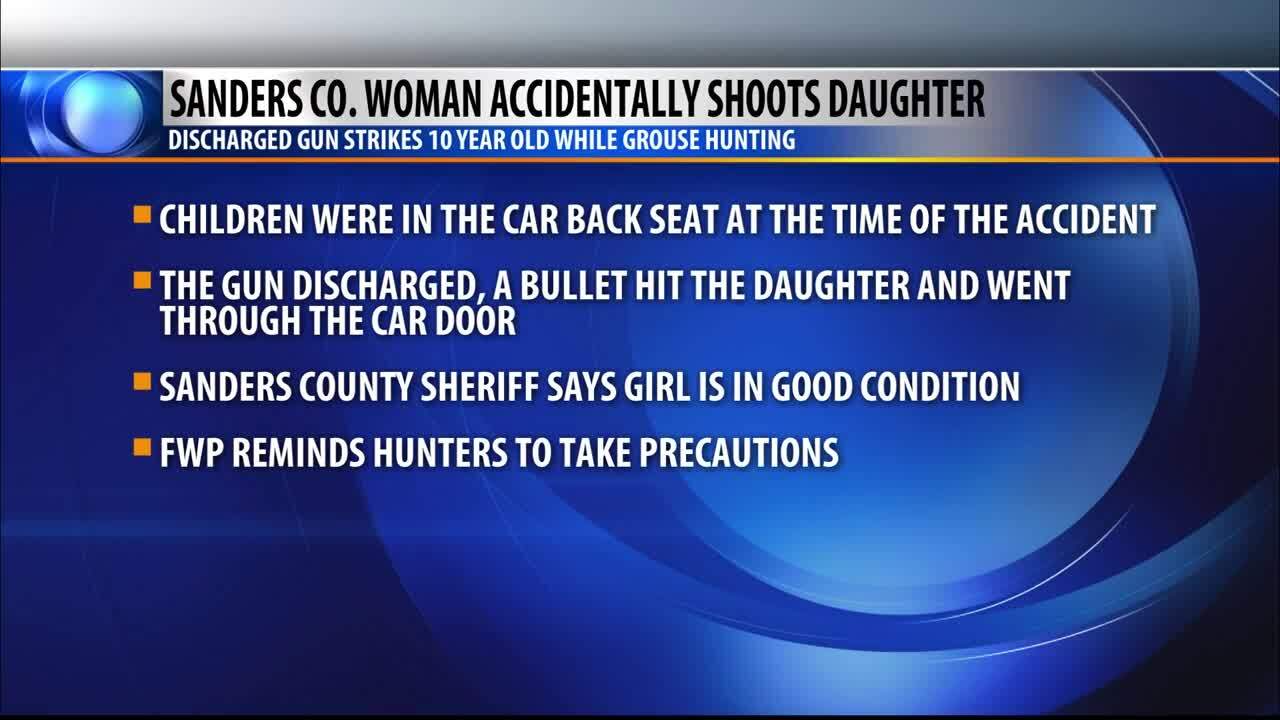 Wayde Cooperider with Montana Fish, Wildlife and Parks says the woman -- whose name is not being released -- got out of the vehicle with her firearm and the gun discharged.

The woman's kids were in the back seat at the time of the accident and her daughter was hit when the bullet went through the vehicle's door.

The Sanders County Sheriff’s Office conducted an investigation and closed the case, saying it was an accidental shooting.

Sheriff Rummel told MTN News that the injured daughter is believed to be in good condition.

Cooperider says this is the first known case of a hunting accident this year.

He reminds people to load and unload firearms away from vehicles, check that your partners firearms are unloaded before travel, and don’t hike with a loaded gun to prevent accidents.